Much loved former deputy prime minister Tim Fischer, who died last week from leukaemia, has talked about the possible link between his exposure to Agent Orange in Vietnam and his various cancers.

Mr Fischer had reportedly been dealing with cancer for the past ten years, starting with bladder cancer, then prostate cancer, two melanomas, and finally, a blood cancer called acute myeloid leukaemia.

Read more: Tim Fischer – a man of courage and loyalty – dies from cancer

While his is a classic instance of the challenge in definitively linking a specific exposure to a specific cancer, Mr Fischer told the ABC TV’s Australian Story last year, “at least one specialist has suggested my immunity broke down a lot more quickly as a direct consequence” of exposure to Agent Orange.

Fischer’s death is a timely reminder of the long-term implications of Agent Orange to our Vietnam veterans and the many other hazards to which defence force personnel, and other Australian workers, are exposed.

What is Agent Orange and how does it affect your health?

Agent Orange was a mixture of two herbicides, 2,4-D and 2,4,5-T, and kerosene or diesel fuel. Each herbicide contained small amounts of dioxin, a highly toxic and carcinogenic compound.

US aerial spraying of jungle aimed to expose Viet Cong and North Vietnamese troops who sheltered under the jungle’s thick canopy. It also sought to destroy “the enemy’s” food crops. 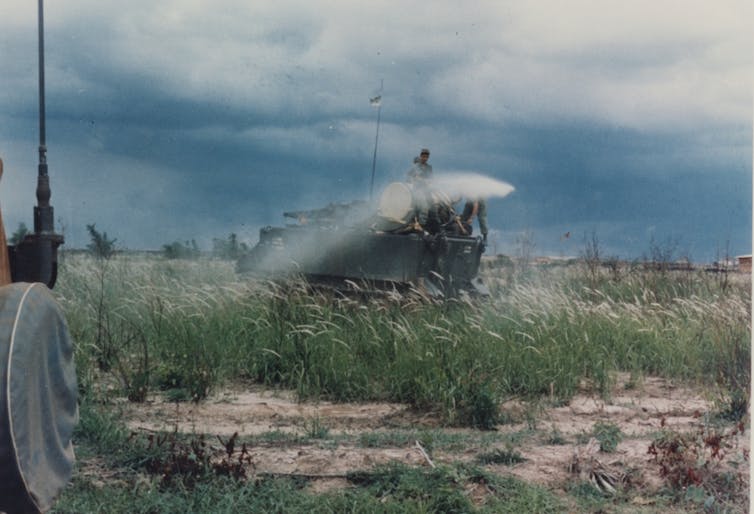 Concerns about the effect of Agent Orange on Vietnam veterans emerged in the 1970s. A 1985 Australian Royal Commission recognised Agent Orange’s adverse health effects but could not find a definitive link to cancer in the veterans. It did, however, leave the door open to further investigation.

In 1991, the United States congress passed the Agent Orange Act, which required a report from the National Academies of Sciences, Engineering and Medicine, updated every two years, of Agent Orange’s health effects.

The most recent report from 2018, the 11th in the series, lists diseases that are clearly associated with exposure to this herbicidal chemical cocktail. This includes cancers such as soft tissue sarcoma, Hodgkin and non-Hodgkin lymphoma and chronic lymphocytic leukaemia, as well as hypertension (high blood pressure).

Another 12 conditions including prostate and bladder cancer have “limited or suggestive evidence of association” with Agent Orange.

The US Department of Veterans Affairs also recognises more than 18 birth defects among the children of mothers who served in the military in Vietnam. These conditions have been linked to the birth mother’s service in Vietnam and not specifically to exposure to Agent Orange or a specific component of it.

Exposure to cancer-causing agents at work

Too many Australians are exposed to to cancer- and other disease-causing agents at work.

But the longer the time between exposure and the occurrence of a related health problem, the harder it is to establish any causation link, and then to respond constructively.

When it comes to occupational cancers more broadly, we have taken action on asbestos, but more cases of cancer and lung disease are likely to emerge in future.

Read more: Why the health threat from asbestos is not a thing of the past 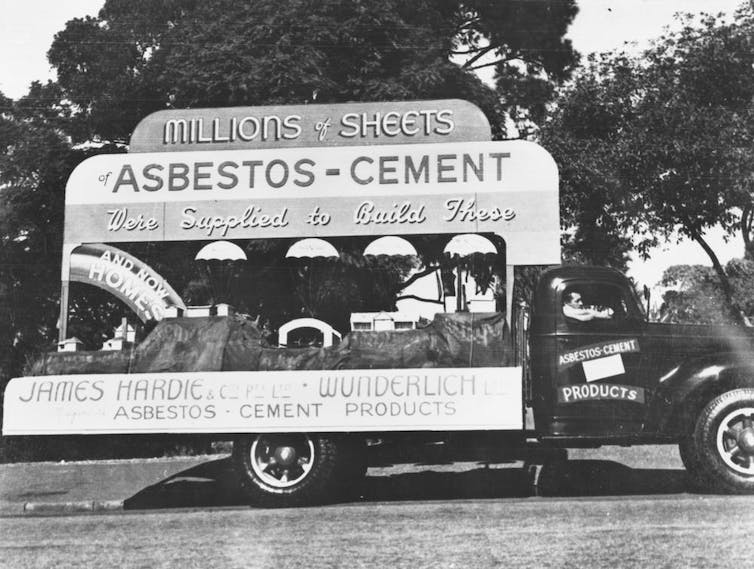 There is much more work to be done on other occupational health issues such as silica dust which can enter the lungs of joiners making kitchen benchtops from stone, causing silicosis, a type of lung disease.

Read more: Explainer: what is silicosis and why is this old lung disease making a comeback?

Defence force personnel are exposed to many more hazards in the course of their employment.

Death in battle, or in the course of training, are stark realities.

Exposure to physical, chemical and biological hazards is also greater than it is, on average, in civilian life.

Returned service personnel must also face the prospect of long-term health problems from exposures in their distant past, such as from nuclear radiation during nuclear weapons testing. 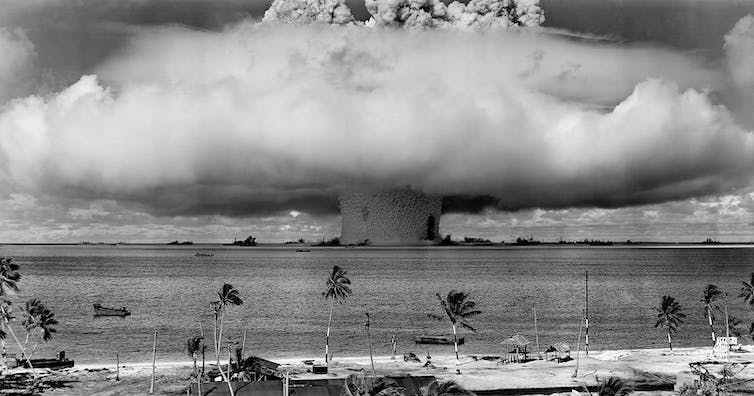 Defence force personnel were exposed to cancer-causing radiation in the 50s and early 60s. United States Department of Defense

Nuclear radiation is known to cause cancer; Australian defence force and related staff were measurably exposed during the conduct of these tests from 1952 to 1965.

Tim Fischer’s commitment to help those who have, or may have, suffered long-term health consequences of their defence force experience should drive our efforts to openly, systematically and fairly address these issues.