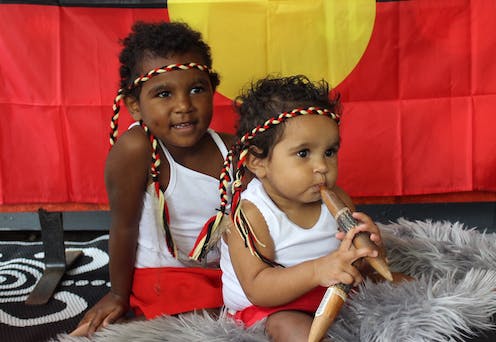 The evidence is increasingly clear – Indigenous policies at the federal level are getting worse. They are becoming less successful and more dysfunctional.

Since the abolition of the Aboriginal self-management agency in 2005, the responsibility for developing policy and managing services for Indigenous peoples has moved to mainstream government agencies.

And this has proven to be a mistake – Indigenous policymaking is now in “a perpetual state of crisis”, according to Ian Anderson, respected Indigenous academic and government official.

The main problem with recent government policies, such as the Northern Territory intervention, welfare quarantining and the Indigenous Advancement Strategy, is they all draw on the same problematic way of thinking – that Indigenous communities are dysfunctional and need to be “normalised”.

Concerns that Indigenous programs are failing to help communities have now led to a new Productivity Commission inquiry. But any new strategy will fail unless it addresses the power imbalances and racism that characterises the current approach to Indigenous policymaking as a whole.

How Indigenous policymaking has changed

Indigenous community-controlled organisations, such as our research partner Inala Wangarra and Aboriginal health organisations, emerged in the 1970s and 1980s in response to the failures of mainstream services to improve outcomes for Indigenous communities. They were a core part of the self-determination approach – official policy from the Gough Whitlam to John Howard governments.

But in the decades since, these organisations have been de-funded, heavily scrutinised and marginalised from policy decision-making.

In 2014, the Indigenous Advancement Strategy was created to “simplify” complex funding models and centralise decision-making with the prime minister and cabinet.

This strategy, however, has been problematic from its inception. For instance, funding is allocated through “competitive” grants without clear criteria or evidence, and as a result, there has been a rapid drop in the amount of money going to Indigenous-led organisations.

Read more: Closing the Gap is failing and needs a radical overhaul

Those that have survived in the current hostile environment are not only being ignored by government, they are assumed to be rife with dysfunction.

Yet, these Indigenous organisations are the most functional part of the policy system. They are accountable to communities, provide services well beyond their funding and hold a wealth of knowledge about how to improve policy.

Ironically, when non-Indigenous organisations fail to bring about the positive social change they are funded to achieve, it’s almost always blamed on Indigenous peoples and communities. It is never seen as a failure of the government’s fundamental approach to Indigenous policy.

Indeed, racist assumptions about Indigenous people as incapable, unruly and in need of management by white institutions continue to inform most government policies.

But government institutions are the ones that have been shown to be dysfunctional in the past. Recent reports from the Senate and Australian National Audit Office, for example, were incredibly critical of the way IAS handled A$4.8 billion in government funding.

The ANAO report also condemned the government’s failure to properly evaluate itself or its programs.

This level of dysfunction is tolerated in Indigenous policy, but as Anderson says,

it is inconceivable any Australian government would be so politically inept as to inflict this approach to program reform on mainstream services in, for example, education, community services or health.

A chance for greater accountability?

The current Productivity Commission evaluation is an opportunity for change. Evaluation is a central part of the policy cycle. When done well, it allows policymakers to reflect on their initiatives and draw on knowledge from those on the ground implementing their programs.

This knowledge can then be fed back to decision-makers to inform both the way social problems are understood and how they can be solved.

The evaluation strategy can therefore be a pathway for the expertise of Indigenous community organisations, and the voices of Indigenous peoples, to bring real, positive change to the current system of chaotic and hierarchical decision-making.

However, unless the evaluation process examines the government’s shortcomings, as well as the ingrained, racially driven assumptions about the inability of Indigenous peoples to manage their own affairs, it will fail to bring any necessary improvements to Indigenous policymaking.

Our submission to this inquiry, based on academic research and our experience with Indigenous organisations, advises the Productivity Commission to take the following steps:

If the Productivity Commission is serious about its commitment to valuing Aboriginal and Torres Strait Islander knowledge, priorities and values, it should begin by bringing together Indigenous organisations and policymakers to develop a strategy based on their own needs.

Governments are here to serve citizens. Indigenous communities should be evaluating bureaucracies, rather than the other way around.

Authors: Elizabeth Strakosch, Lecturer in Public Policy and Governance, The University of Queensland