What’s the betting that when Scott Morrison and Donald Trump are exchanging views on China in Washington in a week or so, the President might be curious about Gladys Liu?

If he is, the Prime Minister will no doubt have some flattering words about the first Chinese-born federal parliamentarian, who is now Liberal MP for the marginal Melbourne seat of Chisholm.

He might be more reluctant to admit that Liu’s past has thrown up complex questions of identifying if and when, in relation to specific individuals, China’s interference in Australian politics is potentially present and a risk.

On a benign view, Liu’s story may be as simple as Morrison wants to paint it: a woman from Hong Kong who has overcome obstacles to get where she is. The ultimate have-a-go-to-get-a-go narrative.

In the political furore now surrounding her, Liu might be a victim of the growing worry about China’s influence and interference in this country.

Read more: Liu defends herself after concerns about her Chinese associations

But legitimate and important questions have been raised about Liu. These revolve around two issues: firstly, her past connections to associations with direct or indirect links with the Chinese Communist Party (the company one keeps is always relevant), and secondly, the large amounts of money she has been able to raise for the Liberal party. While it has not been officially confirmed, it is known security authorities expressed concern about some of the people she assembled.

As a staffer (dealing with the Chinese media) of then Victorian premier Ted Baillieu, Liu was much valued as a fund raiser. Indeed, when she wasn’t included in the travelling party accompanying his successor, Denis Napthine, to China, Baillieu made representations on her behalf, and she was added. It was said she needed to keep face with the local Chinese in Australia. 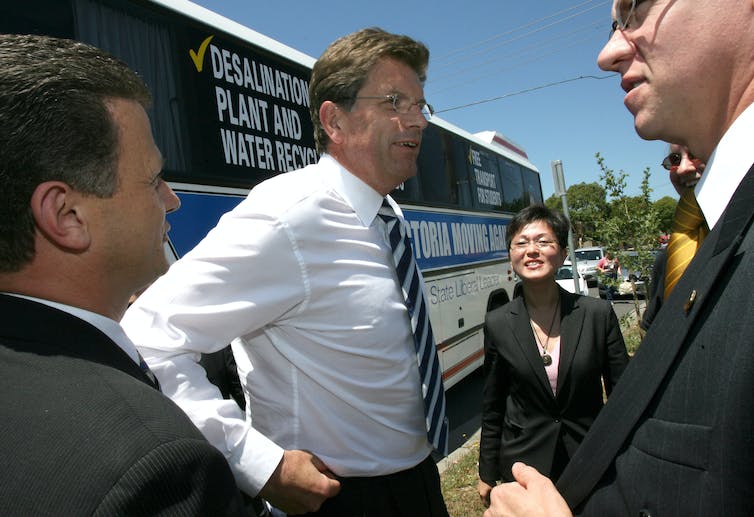 Liu has obviously been a highly effective networker. Those with concerns ask: did she, wittingly or unwittingly, get assistance from the Chinese authorities to facilitate that networking?

John Garnaut, a China expert who advised Malcolm Turnbull in the run up to the 2018 foreign interference legislation, has outlined China’s approach to exerting influence, in evidence he gave to a US congressional committee last year. “The modus operandi is to offer privileged access, build personal rapport and reward those who deliver”.

It was Liu’s disastrous interview with Sky’s Andrew Bolt on Tuesday, following an ABC story earlier that day about her previous associations, that turbo charged this week’s debate about her. Liu claimed memory lapses when pressed on her past links, and was all over the place when probed on her attitude to China’s policy and the regime.

By the next day, the Prime Minister’s office had ensured her previous associations and current views had been gathered into a neat statement, which she issued rather than delivered in parliament (the PM tabled it on Thursday). But the interview had opened the floodgates for Labor and other critics.

Forced into a full scale defence of her, the government wheeled out the arguments that this was just a case of a “clumsy” interview, understandable given she was new to parliament, and that Labor, in pursuing her, was being “xenophobic” and “grubby”.

Neither argument stands up.

Read more: Why Gladys Liu must answer to parliament about alleged links to the Chinese government

The issues around Liu are about her connections, not a stuffed-up interview.

As for the government playing the race card, this was both wrong and foolish. 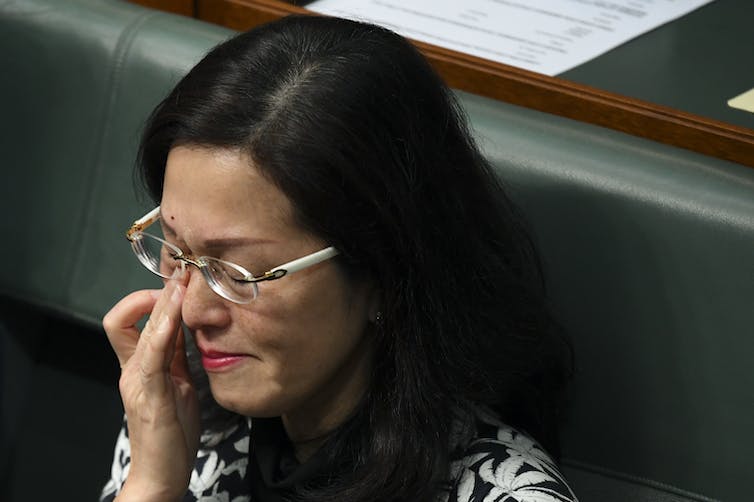 And in terms of tactics: has the government overlooked that one of Labor’s attack dogs on the Liu issue is the ALP Senate leader Penny Wong, whose father is a Malaysian of Chinese origin? Wong would be unlikely to join the front line of a race-based exercise.

While the Liu affair has had people reaching back to the case of former Labor senator Sam Dastyari, who quit parliament in the wake of a scandal over his Chinese connections, that’s not a parallel.

Dastyari got money to cover expenses, made comments about China’s activity in the South China sea at odds with his party’s policy, and tipped off billionaire donor Huang Xiangmo that his phone was likely being tapped by security agencies.

In short, Dastyari was beyond doubt compromised. With Liu, it’s a matter of questions to answer.

Read more: Inside China's vast influence network – how it works, and the extent of its reach in Australia

One new question is why, as reported by the ABC on Thursday, she did not include the key Chinese associations under scrutiny on her preselection nomination form, which asks candidates to list organisations “of which you are or have been a member”.

In choosing Lui to run in Chisholm the Liberals had someone they judged would do well in a seat with a high Chinese vote. Labor also ran a candidate with a Chinese background (born in Taiwan). Chisholm was particularly vulnerable for the Liberals – its previous incumbent, Julia Banks, had defected from the government to the crossbench after Malcolm Turnbull’s removal.

Having a candidate with a vast network brings political benefits but, as the Liberals are finding, the person can come with undesirable connections.

The Liu affair is the latest example of the need for parties to use more stringent vetting of candidates. This point was obvious when the constitution’s citizenship provision cut a swathe through the last parliament. It was reinforced in the run up to the election, when some candidates were disendorsed after discovery of their past unacceptable social media posts.

Liu’s parliamentary position is quite safe, on all we know at the moment. She was the pick and Morrison will stick. But if China had aspired to use Liu, MP, as an agent of influence, any such hope will have evaporated under the glare of the publicity she is now receiving.