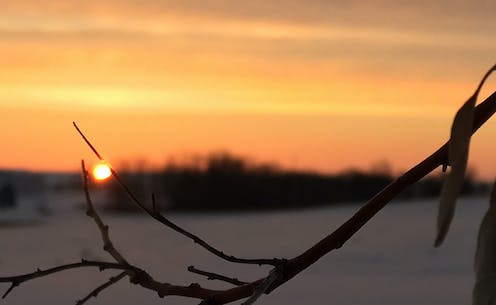 A few days ago I posted here to say we are going to be more rigorous about moderating comments of climate science deniers. Over the past few days there has been an incredible response, both supportive and hostile. On social media, and in private communication, hundreds of people applauded our approach and expressed their alarm at the media’s failure to convey the relatively settled scientific consensus.

On the other side a handful of people have made contact to say they will no longer read The Conversation. A few loud media voices have claimed our approach is totalitarian. In an interview with Senator Eric Abetz on Sky News Chris Kenny did what bullies often do – he tried to intimidate and cause maximum damage by asking the Senator to ensure The Conversation never again receives government funding.

In the face of such tactics it’s tempting to dig in your heels, but that would be wrong. The truth is that how to handle the views of the small group who are hostile to climate science is a complex media ethics question, and it’s one on which reasonable people can differ.

Indeed, our decision to redouble our efforts to weed out misinformation around climate science represents only a minor adjustment to our previous approach. We have always had Community Standards that enable moderators to remove misinformation and discourage trolling. But we had reached a point where we felt we needed to refocus our efforts.

Let me explain why. Imagine you discovered you had a serious illness and went to a doctor who recommended an operation. Then you surveyed 10 of your friends about whether they thought you needed an operation. Then, rather than have the operation, you spend the next 10 years, in deteriorating health, every day hearing from your doctor the operation is needed, while a small subset of your mates comment on how the doctor is a nutjob.

When we do this to experts of any sort, these uninformed comments undermine their authority. People are less inclined to believe experts when their views are presented alongside hostile opinions. But the two things are not the same; they are entirely different types of information and they don’t deserve equal weight.

The right approach, if you don’t believe your doctor, is to seek a second opinion from another medical expert. And maybe a third or a fourth. And then you make a decision on how to act, based on the evidence.

In the case of climate science we don’t just have two or three expert opinions, we have thousands. All rigorous and peer reviewed. We also have a range of vested interests who are attempting to discredit that science, following the playbook of big tobacco to profit from casting doubt and delaying action. And we have the passionate citizens who feel their grasp of the science entitles them to a platform, not once but on a daily basis.

In my view it is journalistically irresponsible to present this settled science every day in a way that undermines and distorts it and misleads our readers. That is why we are going to be more careful to police the small and vocal group of climate science contrarians whose passion overwhelms their ability to assess the evidence.

This is not about a denial of free speech. Media outlets have always curated the ways in which they feature audience feedback. Think about the big bags of letters newspaper editors used to sift to pick a dozen or so to publish every day. The skill was always about giving a debate a chance to be aired, to allow all sides to be heard, and then to move on.

At The Conversation we believe that now is the time to exercise more care around the quality of information we present in the comments stream. And this means less emotive argument that distorts the evidence.

The opinion-based sceptics have had ample opportunity to have their say. They will continue to have them, on social media and in many media outlets. As long as they aren’t allowed to overwhelm the quiet Australians who understand and respect the science, I don’t think that’s a bad thing.

But at The Conversation we are going to be careful to weed out misinformation and present the evidence accurately. We owe it to the academics we publish, to our readers, and to the planet.