“You have stolen my dreams and my childhood with your empty words. And yet I’m one of the lucky ones,” she said.

“People are suffering. People are dying. Entire ecosystems are collapsing. We are in the beginning of a mass extinction, and all you can talk about is money and fairy tales of eternal economic growth. How dare you?”

The summit was touted as a chance for the world to finally get its climate action on track. But by almost any standard, the event was a disappointment.

Read more: The good, the bad and the ugly: the nations leading and failing on climate action

There was a handful of positive stories. Almost 80 countries and more than 100 cities promised to achieve net zero greenhouse emissions by 2050. Some (mainly developing) nations pledged an end to coal use. And a few developed nations committed more money to the Green Climate Fund, which helps poor nations deal with climate change.

But for the most part, the urgent action needed to avert a global warming catastrophe looked a long way off.

High hopes but low expectations for the summit

Days out from the summit, millions of protesters marched at global climate strikes to call for strong climate action.

The task was given even greater urgency by a new report by the World Meteorological Organisation, coinciding with the summit, which said emission reduction efforts must at least triple to meet the goals of the 2015 Paris climate agreement.

“Nature is angry. And we fool ourselves if we think we can fool nature, because nature always strikes back and around the world, nature is striking back with fury,” Guterres said.

Read more: Why our response to climate change needs to be a just and careful revolution that limits pushback

Guterres convened the summit to ensure countries are developing concrete, realistic pathways to enhance their pledges under the Paris climate treaty. He wanted world leaders to outline plans to become carbon-neutral by 2050, tackle subsidies for fossil fuels, implement taxes on carbon, and end new coal power beyond 2020.

Few predicted the summit would deliver the global change required. For the most part, world leaders lived up to these low expectations. 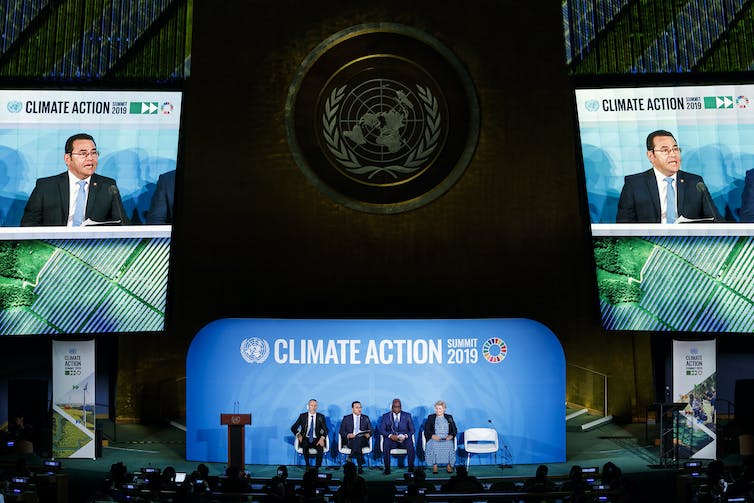 The summit did not deliver

Under President Donald Trump, the United States had already pulled out of the Paris agreement - and its emissions continue to rise. China, arguably disincentivised to act without American participation, also failed to announce new targets and insisted developed nations should lead climate action efforts.

India outlined new plans for reaching emissions targets, but remains committed to coal projects well beyond 2020. And even the European Union, a traditional international leader on climate change ambition and action, did not announce a plan to reach carbon neutrality by 2050.

In a few bright spots, Slovakia confirmed that its subsidies to coal mines will end in 2023. Finland says it will be carbon-neutral by 2035, and Greece will reportedly close its brown coal plants by 2028.

But the disappointing showing by the world’s largest emitters means the summit was effectively a failure.

Australian Prime Minister Scott Morrison did not attend the summit - despite being in the US at the time. Foreign Minister Marise Payne attended but did not speak.

Morrison’s non-attendance largely reflected the position Australia took to the summit: ever-increasing emissions, no new mitigation targets beyond those announced in Paris, and no new strategies to reach the targets.

Read more: Why our response to climate change needs to be a just and careful revolution that limits pushback

Morrison was in good company. His host, Trump, also did not attend, except for a brief entry to hear Indian Prime Minister Narendra Modi and German Chancellor Angela Merkel speak.

Australia was not alone in failing to announce new climate action. But its wallflower status at the summit cemented its global reputation as a climate action laggard. Australia was also roundly criticised by our vulnerable neighbours at the Pacific Islands Forum in Tuvalu weeks before, confirming the growing gap between Australia’s climate action and its view of itself as a responsible global citizen.

Australia’s Prime Minister Scott Morrison was not in the crowd to hear Thunberg demand that the leaders keep global warming below 1.5℃. Nor was he there to hear Gutteres tell leaders that the world remains on track for catastrophic global warming, and they must commit to new and concerted action on climate change. 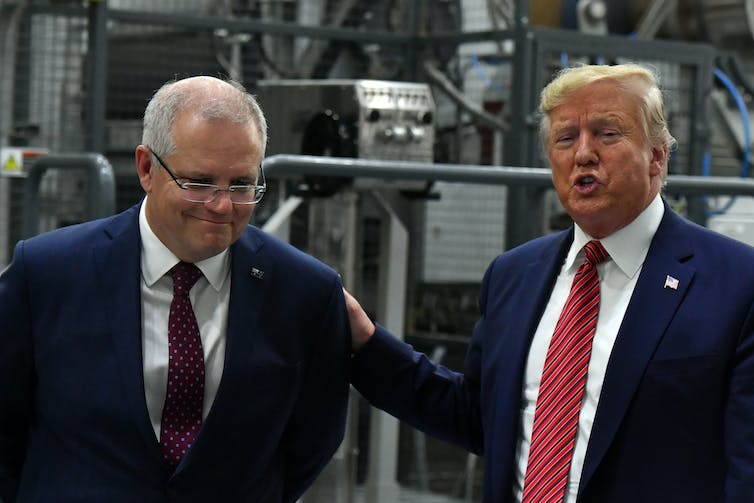 US President Donald Trump and Australia’s Prime Minister Scott Morrison at the opening of Pratt Paper Plant in Ohio this week. AAP/Mick Tsikas

“It is really very obvious who is absent from the room,” he reportedly said.

“Everyone is well aware that Australia has not made good on its promises in Paris to scale up its commitment to climate action.”

The World Meteorological Organisation said the five years to 2019 will likely be the hottest on record. We are in the midst of a climate crisis, and urgent action is clearly required.

Internationally, the challenge will be to create momentum in the face of US obstructionism and Chinese ambivalence. Guterres indicated he will continue to host these summits and will expect nations to pledge more specific and ambitious targets. Global protest action and mounting scientific reports of accelerating climate change may ramp up pressure for international action. 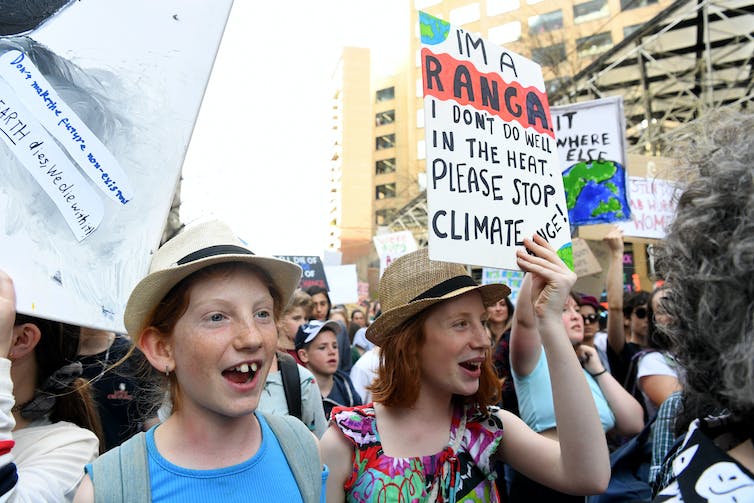 Youth in the crowd at the global climate strike in Melbourne on September 20. James Ross/AAP

What about implications for Australian climate politics and policy? The US’ planned withdrawal from the Paris deal may have given Australia some cover for its own lack of climate action. But criticism from other international peers, including our Pacific neighbours, suggests that substantive action may be needed to achieve our foreign policy goals and restore our international reputation.

Pressure is also likely to build on the Morrison government at home. Opinion polls since 2012 have consistently shown growing public support for climate action, in the face of reduced government ambition. In the face of this, the federal government may eventually be prodded into meaningful action. But the climate clock is ticking fast.