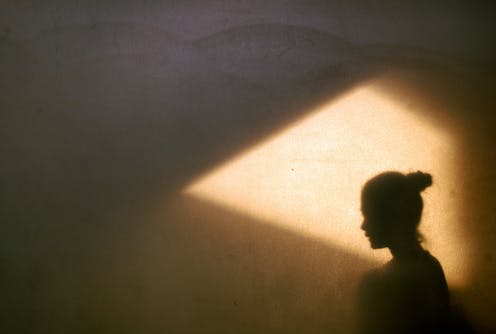 After serving more than 30 years in prison, the man who committed what’s often described as Tasmania’s most horrific crime is up for parole. The surviving victim is speaking out against it, but not under her real name, despite wanting to be publicly identified.

This is because of a provision – section 194K of the Evidence Act 2001 – in Tasmanian law that prevents anyone who has been sexually abused from publishing details about the matter even if they wish to do so.

It has also been claimed this section is a “gag law” and would prevent participation in the Me Too campaign in Tasmania. But section 194K is currently under review, in part thanks to the #LetHerSpeak campaign, and the Tasmanian government is expected to change the law early next year.

Read more: If you've been sexually assaulted, here's what doctors and nurses do next

While controversy has surrounded section 194K, it’s important to clarify the provision’s aim is to protect victims of sexual assault from any possible external pressure – such as from the media – to reveal their identities.

So what does the law say?

Section 194K provides that, in relation to any court proceedings, a person must not publish the “the name, address, or any other reference or allusion likely to lead to the identification” of victims of sexual offences.

This prohibition also applies to information likely to identify other witnesses in sexual offence cases, with the exception of the defendant. However, courts can make orders permitting identifying information to be published, including in the media.

Section 194K serves a number of purposes. It protects sexual offences victims’ privacy, encourages reporting offences to the police, and protects victims from harms caused by identification, especially those resulting from prurient media interest in details of victims’ lives and the offences against them.

When these victims do choose to reveal their identity, they become exposed to significant harms that can arise from outdated stereotypes and stigma attaching to sexual offence victims.

Both historically and currently, it’s claimed sexual offence victims lie about offences committed against them and they were somehow to blame for the commission of those offences.

Identification can cause great distress to victims. It can lead to disclosures about their prior sexual history which may exacerbate their suffering. The media may report details of the offences inaccurately, ruthlessly and salaciously with little regard to victims’ well-being.

These harms all support the protection of victims’ privacy and the existence of the prohibition in section 194K.

Why the provision stops victims revealing their own identity

So, it is not accurate to say section 194K would prevent the Me Too campaign gaining traction in Tasmania.

Similar legislation exists in all other Australian jurisdictions, in New Zealand, Canada and the United Kingdom. But generally, enactments elsewhere permit publication of identifying details with victims’ consent, where the victim is not a child or is over a specified age.

This feature is absent from section 194K in Tasmania, and from similar provisions in the Northern Territory.

There are strong arguments for permitting publication with complainants’ consent. It may help overcome the stigma associated with these offences. It may encourage other victims to come forward. And it may assist victims by empowering them and vindicating their experience.

But it’s also important to ensure complainants are not feeling pressured to reveal their identities to satisfy media.

In one case, a Tasmanian Supreme Court judge pointed to the risk of the media pestering victims to consent to publication, particularly when they may be experiencing emotional turmoil and high levels of stress.

Also, problems may arise where there are multiple victims, only one or two of whom are willing to have their identities disclosed.

The provision under review

In 2013, the Tasmania Law Reform Institute (TLRI) reviewed the operation of section 194K.

It examined how well the law protects victims of sexual offences, and considered the position of victims who don’t wish to remain anonymous, but who prefer their voice be heard.

The TLRI also examined whether the law requires clarification in terms of its scope and whether it strikes the right balance between protecting the interests of victims of sexual assault and the paramount public interest in open justice.

Read more: How to talk to your children about sexual consent

Eight major recommendations for reform were made. To date the Tasmanian government has not enacted any of those recommendations, but has announced it will reform the provision in early 2020. But it’s not known what form that reform will take.

A lack of clarity

Still, the provision has been criticised for not providing enough protection. This criticism is based on the view the section lacks clarity, because it’s uncertain precisely what conduct it forbids.

This was also in the 2013 TLRI report, which recommended the scope of section 194K be clarified, so it’s made clear what behaviour it prohibits. The current government review asks whether the TLRI recommendations should be enacted.

The TLRI also recommended clarifying what the media is allowed to publish. In this regard, it recommended publication should be permitted with the permission of the court where complainants consent.

Age restrictions should apply in such cases (18 years of age). Further, non-publication orders should only be made taking into account complainants’ views.

But importantly, the TLRI didn’t recommend consent alone without the court’s permission should legitimise publication.

The recent controversies surrounding the operation of section 194K only serve to highlight the need for reform in this area. To this end, the TLRI continues to endorse the recommendations contained in its 2013 report.

If this article has raised issues for you or someone you know, contact https://www.1800respect.org.au or call 1800 737 732, the National Sexual Assault, Domestic and Family Violence Counselling Service.