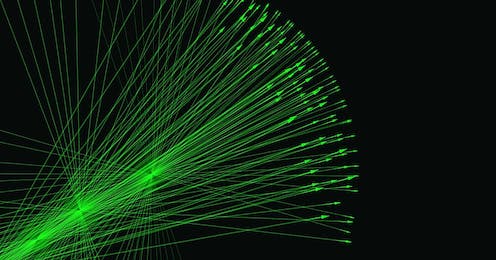 Since 2013, Australia’s policy response to climate change has been the Emissions Reduction Fund, which awards government contracts to projects that reduce carbon emissions by planting trees, flaring landfill gas, improving energy efficiency, and other methods. It is supported by a “safeguard mechanism” that imposes a cap on the largest emitters.

Under the Emissions Reduction Fund, the government has contracted 192 million tonnes of emissions reductions from 433 projects, at an average price of about A$12. There are mixed views about whether these projects will be delivered and if they will effectively reduce emissions.

The Emissions Reduction Fund has been criticised for its high transaction costs and administrative complexity. It also limits the development of a secondary market, whereby people would be able to trade carbon credits among themselves rather than directly under contract to the government.

Despite these criticisms, earlier this year the fund was extended and rebranded as the Climate Solutions Fund.

This policy is set for the foreseeable future, but may eventually be replaced with a more open market mechanism. It is important to consider how to improve the current system and lay foundations for future developments.

Blockchain is an emerging technology that promises to transform how individuals, industry, and government operate. The current Australian carbon market is ripe for such a technical transformation.

How does blockchain work?

Blockchain is a record of transactions, also known as a ledger. It is the design and process of blockchain that distinguishes it from other established ledgers.

Blockchain uses online networks to conduct, validate, and record transactions. These can range from simple transactions to more complex smart contracts that only execute when defined conditions are met.

Network members can access the distributed ledger and independently verify transactions. Once the network is satisfied that a collection of transactions (known as a “block”) is legitimate, they are added (or “chained”) to the ledger, creating a permanent record.

Our research explored how blockchain could be applied to the Australian carbon market. We used a structured design process to consider each technical component of a carbon market blockchain.

Suppose a company has a government contract to provide a certain amount of emissions reductions by planting trees. Once these reductions were achieved, the blockchain would verify that the activity was complete. The company might then be able to plant more trees, and potentially sell further carbon credits to a non-government client. This could be a company that needed to offset its own emissions that had gone above the levels set in the safeguard mechanism, for example.

In this case, the blockchain would allow all parties to transparently see the verified reductions and ensure that no credits were double-counted.

How can this help the Australian carbon market?

Currently the Clean Energy Regulator is intimately involved in every aspect of project monitoring, reporting, and verification. But there is a smarter way.

Smart contracts could be programmed according to a project’s particular emissions reduction method (tree planting, improving energy effiency, and so on). Market rules could then be designed to automate the regulator’s functions.

As a project met conditions specified in its smart contract - meeting a certain amount of emissions reductions, for instance - it would be verified and issued with the carbon credits it has earned. For projects currently contracted to the Emissions Reduction Fund, an extension could be added to automatically award the credits.

Using smart contracts could create a more independent regulator. The regulator would be able to demonstrate transparency and consistency in credit issuing and purchasing. This would remove the uncomfortable conflict of interest that currently exists, whereby the regulator is currently in charge of both issuing and buying the credits.

Smart contracts would also create a more effective regulator, with access to real-time information about the performance of projects, rather than having to wait months or years for reporting. This would enable the regulator to more quickly identify non-compliance or suspicious activity in projects.

At the scheme level, lower administrative burdens and improved project cash flow would reduce overall project costs. This would in turn lead to more projects, promote more competition in Emissions Reduction Fund auctions, and thus allow the government to save money when buying emissions reductions.

Smart contracts would let the government monitor its portfolio of contract projects more closely. This would allow faster reallocation of funds from poorly performing projects.

Read more: The future of blockchain according to experts in the energy sector

The Australian government often declares its commitment to free markets. But the current system puts all the responsibility for the carbon market squarely on the government’s shoulders. This must be uncomfortable, and an alternative approach would surely be attractive.

Introducing a blockchain technology to the market’s processes would boost transparency, security, efficiency, and integrity. It would also reduce costs, increase competitiveness, and improve equity for participants in the market.

This article and the research it describes were co-authored by Sam Hartmann, who led the work as a graduate researcher at the University of Melbourne.