If you live in a major Australian city, expect your daily routine to be disrupted this week. Protest group Extinction Rebellion is carrying out a week of flash mobs, sit-ins and marches to block traffic and bring more attention to the pressing problems of climate change and biodiversity loss. Many arrests are expected.

Their protest actions may make us feel uncomfortable, annoyed or worse. But it is important that the general public understands the reasoning that underpins civil disobedience and why this radical strategy is being deployed this week.

Resistance movements are no stranger to law-breaking

The Extinction Rebellion movement has three bold demands of governments. First, government should declare a climate and ecological “emergency”. Second, by 2025 governments should decarbonise the economy and halt biodiversity loss. Third, citizens’ assemblies should be established to work with scientists to inform environmental policy-making.

Many aspects of Extinction Rebellion deserve, and have received, critical analysis, including whether its decarbonisation timeframe is unrealistic and whether their disruption tactics will alienate rather than inspire the general public.

The movement’s civil disobedience strategy is one of its most controversial. Civil disobedience is defined as public, non-violent and conscientious breaches of law which aim to change government policies.

Read more: As conservation scientists, we are compelled to rebel against extinction – and researchers across the world should join us

Law-abiding citizens are right to be concerned about others deliberately breaking the law to advance their social, political or environmental goals. But many of the most significant social and political advances over the past century owe much to social movements that relied on this tactic. Think of Gandhi’s independence movement against British rule in India, the suffragette fight for the right of women to vote and the US civil rights movement. 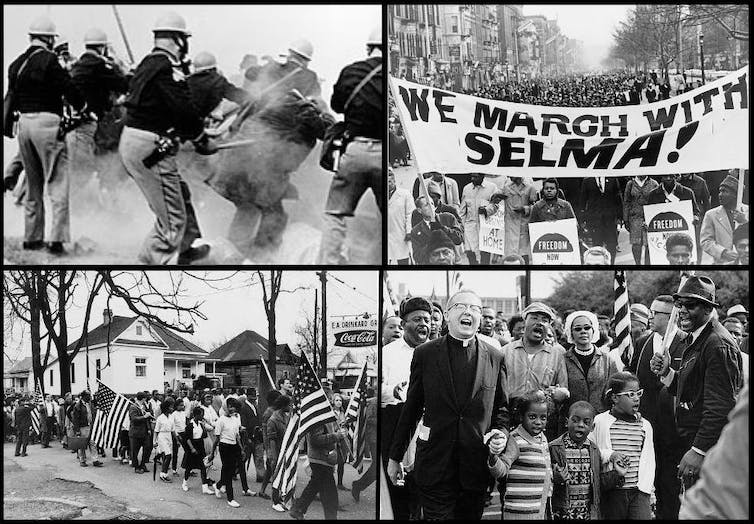 Images from the 1965 Selma to Montgomery marches, a series of protests in the US state of Alabama against entrenched racist policies. The US civil rights movement deployed civil disobedience strategies. Wikimedia

Civil disobedience: the case for and against

Imperfect though it is, the basic theory of democracy is that we vote on who represents us in government. In this way, democratic societies are said to have created the institutions and processes needed for their own peaceful improvement.

So critics of civil disobedience argue that people shouldn’t just break the law because they disagree with it. They say if you do not like a policy or law, you are free to campaign for change, including for the election of a new government.

But proponents of civil disobedience argue that democracy is flawed and in some cases, non-violent breaches of law can be justified.

First, they say laws and policies can be shaped undemocratically by powerful mass media, corporate lobby groups, or billionaires. Proponents say citizens do not always owe political allegiance to laws and policies that are not produced through fair, robust, and representative democratic processes.

Read more: Extinction Rebellion: how to craft a protest brand

Second, many political and legal theorists say just because something is enshrined in law, that does not mean it is necessarily just. This was the view advanced by American writer and philosopher Henry David Thoreau in his 1849 essay Civil Disobedience, which inspired both Gandhi and Martin Luther King Jr.

Throughout history, many laws and policies produced in democracies were grossly unjust. These include laws which institutionalised slavery, legally entrenched racial segregation, criminalised homosexuality or particular religious practices, or prohibited women and people of colour from voting.

When a law or policy is clearly unfair, a case can be made that there is a place for civil disobedience. We must accept that even laws produced in a democracy get it wrong sometimes. 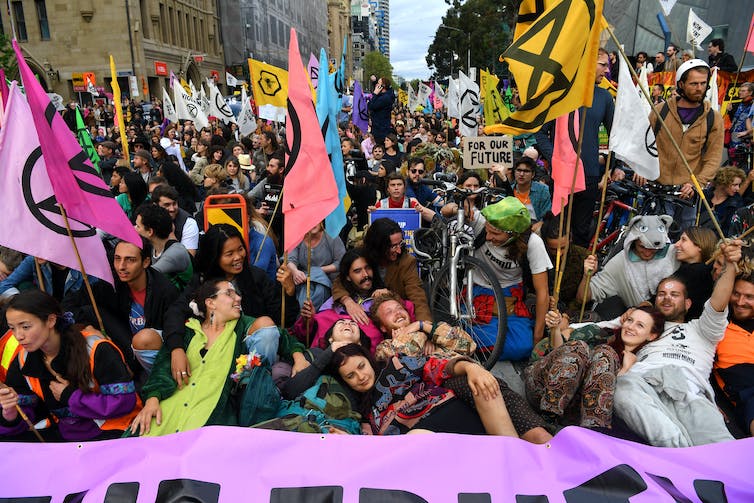 Will Extinction Rebellion fall on the right side of history?

The Extinction Rebellion is promoting civil disobedience because it says across the world, governments have failed to respond adequately to the climate crisis and the steep decline in wildlife populations. It argues that the political system underpinning this failure must be resisted, even if this causes inconvenience to the general public.

The movement’s supporters include 250 Australian academics who signed an open letter saying they feel a “moral duty” to rebel and “defend life itself”.

It could be argued that the activists should wait until governments take action. But judging by recent history - including a lack of substantial progress at last month’s UN climate summit - an adequate, timely global response to the climate crisis seems highly unlikely. In this case, waiting for government action means being complicit in an unjust system.

Some people will inevitably dismiss Extinction Rebellion protesters as troublemakers and criminals. But their actions must be assessed against the big picture. The world’s best climate scientists overwhelmingly agree that if global warming is not kept below the 1.5℃ limit, Earth’s natural and human systems will suffer dire consequences. The legitimacy of Extinction Rebellion’s disobedience must be weighed against the wrongs that triggered it.

As Extinction Rebellion causes chaos in our cities, we must avoid superficial, kneejerk reactions. Whatever your views on civil disobedience, the climate emergency would be far less serious if governments had taken action decades ago. Further inaction will only lead to more numerous and active social movements, driven by the same mixture of love and rage that provoked Extinction Rebellion.