This year’s Nobel Prize in Chemistry goes to three chemists who collectively developed something that has become an absolute necessity in our daily lives – the lithium ion battery. From mobile phones to portable tools to electric cars, in less than four decades this invention has become a staple of modern society and could be instrumental in providing the energy storage needed to help power a renewable energy future.

The prize was shared equally by Stanley Whittingham, now at the State University of New York at Binghamton; John Goodenough, a former professor at Oxford University and now at the University of Texas at Austin; and Akira Yoshino, a researcher at Japanese chemicals company Asahi Kasei. 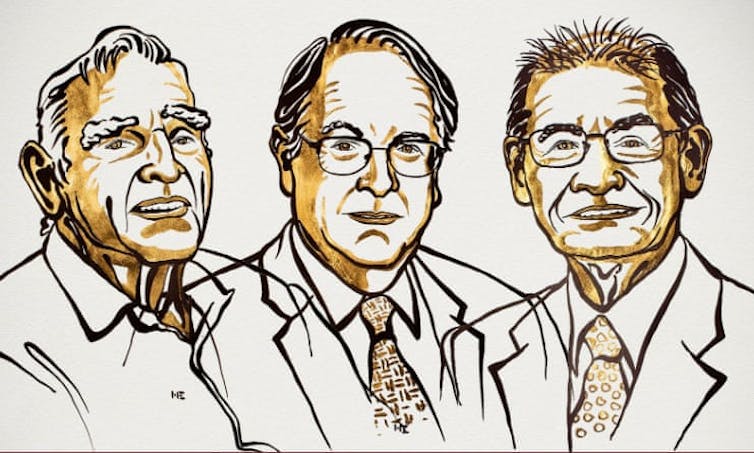 Lithium batteries have substantial advantages over previous types of batteries. They are vastly lighter and more compact than the antiquated lead batteries still found in most cars. They can be recharged, unlike the cheap “disposable” zinc or alkaline batteries still commonly used in toys and other portable devices.

What’s more, lithium batteries don’t contain a toxic metal, unlike nickel-cadmium rechargeable batteries, and they also don’t suffer from the latter’s “memory effect” where after multiple partial discharges the battery only discharges to the level it had been repeatedly discharged to.

Lithium ion batteries’ closest competitors are nickel-metal hydride batteries, but these are heavier and don’t carry as much energy. 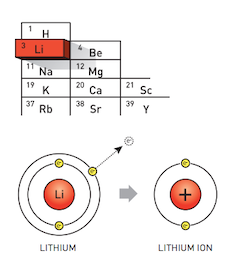 Whittingham developed the first functional lithium battery in the 1970s, after moving from Stanford University to the oil company Exxon. Exxon wanted to diversify amid fears of running out of oil in the early 1970s. Ironically, given that electric cars might eventually displace petrol vehicles, Exxon abandoned its promising battery research program when oil prices fell in the early 1980s.

Whittingham realised that lithium is a useful battery material because its atoms readily release their electrons, which can then provide a flow of charge.

The next advancement was made by Goodenough, who figured out that changing one of the components of Whittingham’s battery, from titanium disulfide to cobalt oxide, resulted in a much more powerful battery. He later found that iron phosphate was a less expensive and less toxic alternative that also worked well. 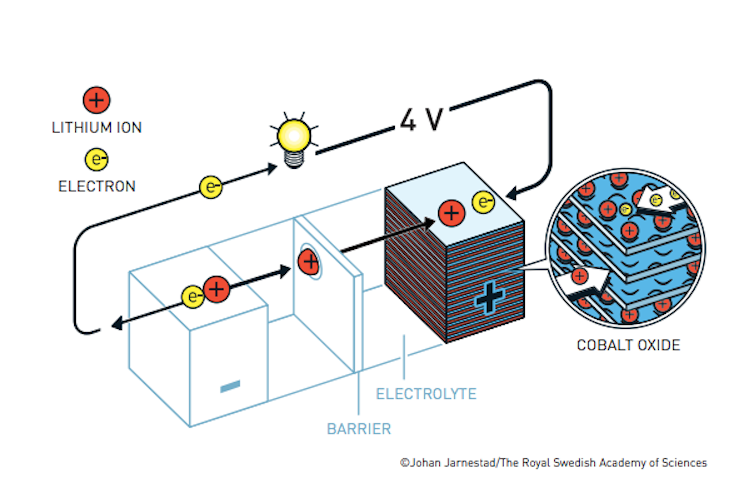 The final step that led to the modern commercial battery was taken by Yoshino, who replaced the solid lithium metal in previous batteries with lithium ions embedded in a form of carbon called petroleum coke. This removed the danger posed by highly flammable lithium metal, which burns when exposed to air.

Crucially, this also meant the battery’s electrodes were not degraded by chemical reactions. This is why lithium batteries can be recharged many times without losing power. 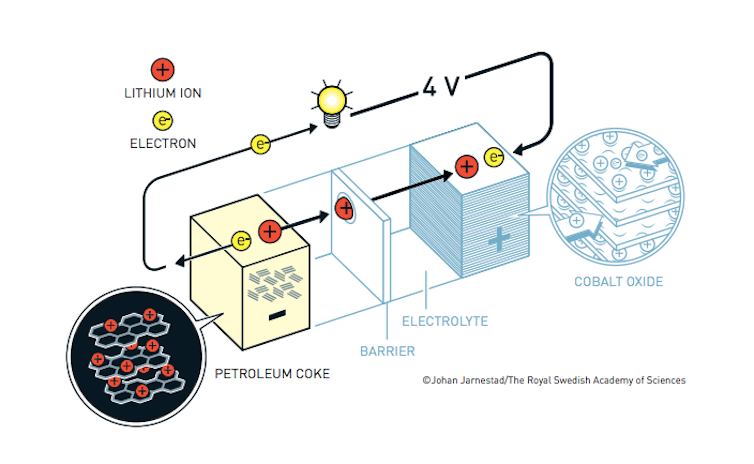 Akari Yoshino’s crucial innovation was to protect the lithium ions inside a matrix of carbon. Johan Jarnestad/Royal Swedish Acad. Sci.

That brings us pretty much up to date. Lithium-ion batteries are now so ubiquitous that you’re almost certainly reading this on a device that contains one.

But the story doesn’t quite end there. Goodenough, despite being 97 and the oldest person ever to receive a Nobel Prize (they are not awarded posthumously) reportedly still goes to the lab every day.

Research is still continuing into making lithium batteries more safe and powerful, including at CSIRO in Australia. There is also lots of effort to come up with the next generation of portable power.

Read more: To build better batteries, you need to catch them in the act

As Olof Ramstrom, a member of the chemistry prize committee, quipped “this is a highly charged story of tremendous potential”.