In the four years since the Paris climate agreement was adopted, countries have debated the fine print of how emissions reduction should be tracked and reported. One critical detail is proving particularly hard to work out - and a weak result would threaten the environmental integrity of the entire deal.

The sticking point is rules for carbon markets: specifically, how to prevent double counting of emissions reductions by both the country selling and buying carbon credits.

These rules are proving a major barrier to reaching consensus. In December, the negotiations move to Chile for this year’s major climate talks, known as COP25. The double counting issue needs to be resolved. It will not be an easy job, and the outcome matters to many countries, including Australia.

Read more: The good, the bad and the ugly: the nations leading and failing on climate action

The Morrison government says Australia will meet the Paris emissions targets by 2030 without international trading - partly by counting old carbon credits towards its Paris efforts. But in future Australia may adopt a stronger target in line with global climate goals. This may entail government and businesses buying carbon credits from overseas.

In an article just published in the journal Science, we and our co-authors* explain why double counting could undermine the Paris goals, and how a robust outcome could be achieved. 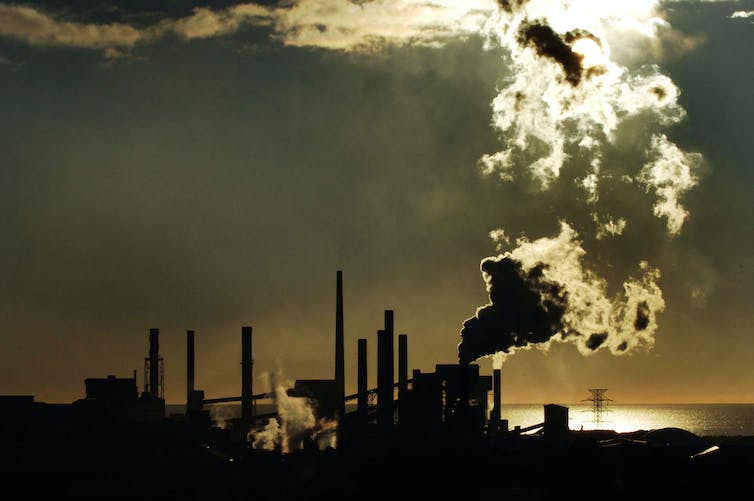 Carbon credits could be produced through activity such as replacing fossil fuels with zero-emissions energy, greater energy efficiency and electrification in transport and buildings, new technologies in industry and better practices in agriculture and forestry.

Rules for carbon trading are defined under Article 6 of the Paris agreement. Trading under the deal could be big: almost half the parties to the agreement have signalled they want to use carbon markets. Airlines might also become major buyers of emissions credits, under rules requiring them to offset increases in carbon emissions from international flights above 2020 levels.

Read more: There are three types of climate change denier, and most of us are at least one

But if trading rules are not watertight then the use of carbon markets could lead to greater emissions, undermining the agreement.

Obviously any international transfer of emission reductions should not lead to higher total emissions than if participating countries had met their targets individually. This could be ensured through a form of double-entry bookkeeping, wherein the country selling carbon credits adjusts its emissions upwards, and the country acquiring the carbon credits adjusts, by the same amount, downwards.

But the devil lies in the detail - and in the self interest of the parties involved. 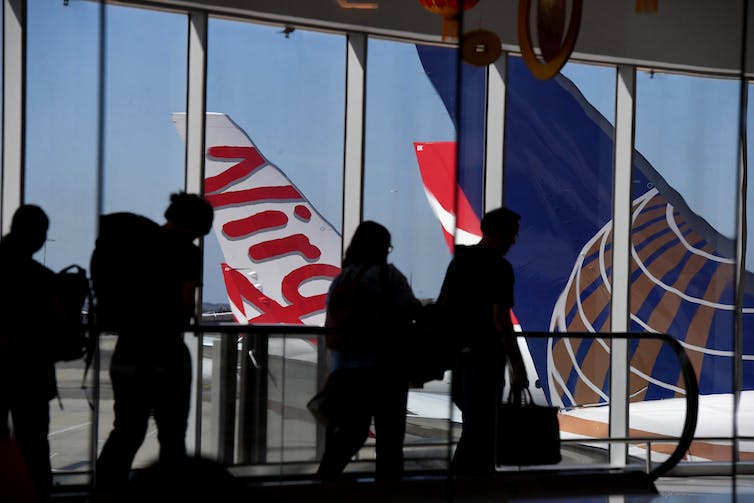 Planes lined up at Sydney Airport. The aviation industry will likely buy carbon credits to offset its emissions growth from 2020. AAP

The bones of contention

Countries are wrangling over what double counting is, how it should be avoided and whether it should sometimes be allowed.

Some countries hoping to sell emissions credits, notably Brazil, propose rules under which emissions reductions sold to another country could effectively also be claimed by the selling country. Such rules existed under the Kyoto Protocol, which came before the Paris agreement. However under Kyoto developing countries did not have emission targets. All major countries have emissions targets under Paris, making the method unsuitable now.

Another potential pitfall lies in the potential purchase by international airlines of large amounts of credits to offset increases in their emissions. Aviation emissions are not counted in national emissions inventories. So it would be logical to adjust the selling country’s inventory for any emissions reduction sold to airlines.

But some countries, notably Saudi Arabia, argue that this should not be done because the airline industry is governed by a separate international treaty. This approach would allow emissions reductions to be included in both agreements and counted twice.

In a separate point of debate some countries - including Australia, Canada, Japan, and the United States - oppose the idea of a single international body overseeing carbon trading under the Paris agreement, arguing for more national sovereignty and flexibility between nations buying and selling.

Making things even more complex, the Paris agreement allows each country to determine how to frame their emissions target. Some countries frame them as absolute emissions, others as a reduction relative to business-as-usual, or as a ratio of emissions to gross domestic product. Some countries’ targets are simply unclear. 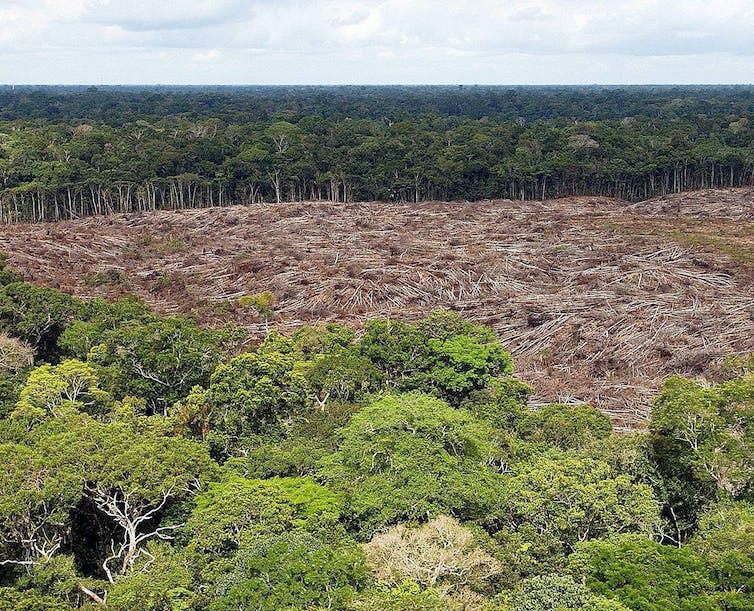 A deforested area in the Amazon forest in Brazil. Carbon credits can be earned by nations that retain forest rather than cutting it down. Marcelo Sayao/EPA

Letting each country determine its own ambitions and approach was key in making the Paris agreement a reality. But it makes accounting for carbon markets more complex.

There are also questions over whether a portion of carbon trading revenue should be allocated to help pay for climate change resilience in developing countries, and whether old credits from a trading scheme under the Kyoto Protocol, the Clean Development Mechanism, should be tradable in the new scheme.

The way forward in Chile

The solutions to all these issues will be nuanced, but will require that governments agree on some fundamentals.

The first is that a single set of common international accounting rules should apply, irrespective of which carbon market mechanism is used by countries or groups of countries.

The second is to ensure robust emissions accounting, regardless of how mitigation targets are expressed.

The third is that over time, all countries should move toward economy-wide emissions targets, as the Paris Agreement foresees.

The need to reach a political deal in Chile must not result in loopholes for international carbon markets. The rules must ensure environmental integrity and avoid double counting. If this is achieved, emissions reductions can be made more cheaply and global ambition can be more readily raised. If not, then the accord could be seriously undermined.