The polls were wrong in the last US and Australian federal elections. Hillary Clinton was favoured to win at a margin of 85% to Donald Trump’s 15%. And Bill Shorten was expected to defeat Scott Morrison.

But what the polls perhaps didn’t reveal was that conservative candidates in both countries had captured an unexpected electorate: women.

Hillary Clinton performed poorly among white women because, as some argued, she couldn’t emotionally connect to voters.

Read more: She'll be right: why conservative voters fail to see gender as an obstacle to political success

Women are swinging elections in the US and Australia in ways analysts have struggled to predict. So, what is going on with female voters? Our two recent studies can help explain.

Our earlier study suggests a key to understanding women’s political attitudes is their perception their futures are connected to what happens to other women, or their “gender linked fate”.

The idea of a linked fate has long been used to explain voting patterns of racial minority groups. Individual African-Americans, for example, have generally understood their futures to be closely tied to the well-being of the whole group.

This sense of linked fate helps explain why African-Americans vote as a block for more liberal candidates. Supporting the group is more important than individual preferences.

In this study, we assessed whether women experience a sense of linked fate to other women. And we found something striking in our US sample. Women’s perceptions of gender linked fate were contingent on two dimensions: their race and their marital status.

Read more: NZ was first to grant women the vote in 1893, but then took 26 years to let them stand for parliament

Marriage is shown to shift couples’ attitudes, making them more similar to each other over the course of marriage. But, the shift is not even.

Rather, women become more conservative and see themselves as less connected to other women over the duration of the marriage.

Single women, on the other hand, are more supportive of feminist issues than married women, with feminist attitudes intensifying for women who rely more heavily on their own earnings.

Essentially, the institution of marriage traditionalises women’s attitudes and, as our study shows, this is pronounced for white women.

In the US, we found white married women’s lower levels of gender-linked fate helps explain their tendency to identify as a conservative and vote for the Republican party, and their weaker support for abortion. 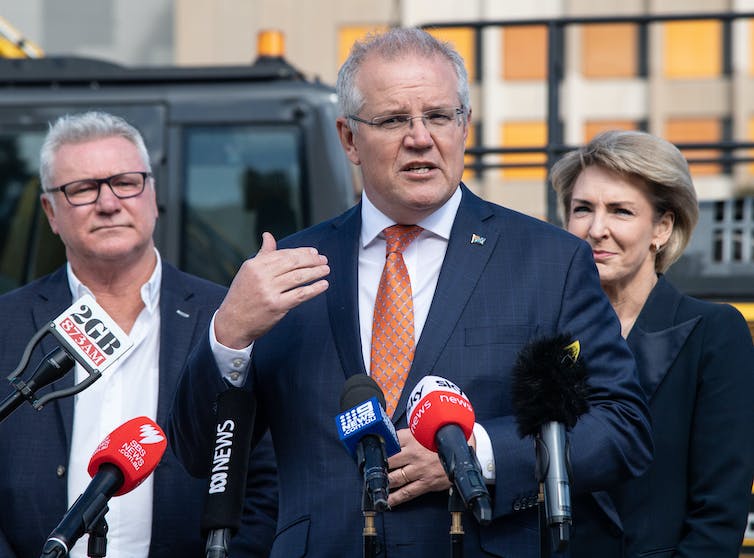 These findings are important in the context of American politics. The election of Donald Trump and the passage of heartbeat bills (a ban of any abortion once a heartbeat of a fetus can be detected, six to eight weeks after conception) across six US states are major swings to the right.

Our research helps explain one piece of this puzzle – married white and Latina women don’t necessarily see their futures as tied to other women.

So, who are they tied to? Our research suggests men.

We have since collected new data on 317 American white women and asked them about their connection to women and men.

From our interviews, we found conservative women were more likely to report that as things get better for men, they believed their own life also improved. Women who are more liberal were less likely to agree with this statement.

In contrast, liberal married women were more likely to say they would give up some of their resources (such as economic resources or class privilege) to benefit other women – a claim conservative women by and large did not make.

And, more politically liberal women reported their connection to other women has strengthened by 25% in the current political climate, over the past two years, compared to 8% among conservative women.

Read more: A 'woman problem'? No, the Liberals have a 'man problem', and they need to fix it

The US is distinct in its racial, political and marital composition, but there are some lessons to be learned for the current Australian political climate.

The 2019 federal election showed women weren’t aligned with Labor in the way the polls predicted.

Something in Coalition’s message resonates with Australian women. Our research suggests these messages may be particularly powerful to certain groups of women – married, white and conservative – who are watching their family’s futures change.