But if you’re a man, before you forego the enjoyment and known nutritional benefits of milk, cheese and yoghurt, let’s take a closer look at the findings.

What the study did

This study was a review, which means the researchers collated the findings of a number of existing studies to reach their conclusions.

They looked at 47 studies which they claim constitute a comprehensive review of all available data from 2006-2017. These studies examined prostate cancer risk and its association with a wide variety of foods including vegetables, fruits, legumes, grains, meat (red, white and processed), milk, cheese, butter, yoghurt, total diary, calcium (in foods and supplements), eggs, fish and fats.

Read more: Six foods that increase or decrease your risk of cancer

For every potential risk factor, the reviewers marked studies as showing no effect, or an increased or decreased risk of prostate cancer. The results varied significantly for all the foods examined.

For cohort studies (considered more reliable than case-control studies), three studies for vegan diets and one for legumes recorded decreased risk of prostate cancer. For vegetarian diets and vegetables, some reported decreased risk and some recorded no effect. Fruits, grains, white meat and fish appeared to have no effect either way.

The authors also omitted other studies published within the review period which showed no significant association between dairy and prostate cancer. 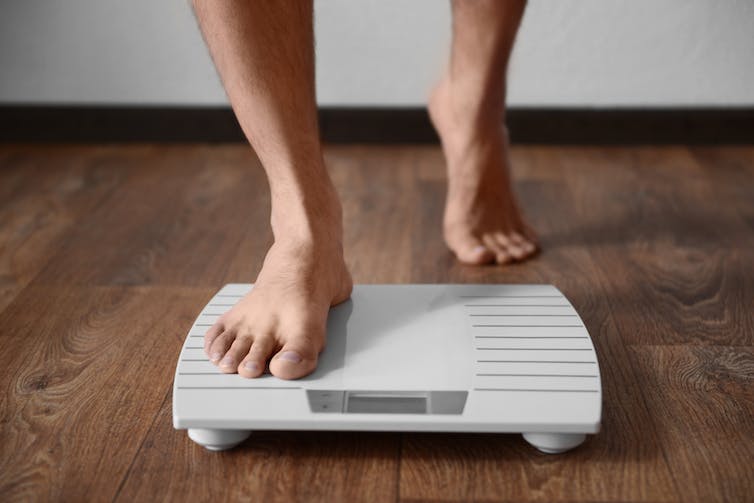 A person’s weight likely has more influence on their risk of developing prostate cancer than whether or not they eat dairy. From shutterstock.com

So the inconsistency in results across the studies reviewed – including large cohort studies – amount to very limited evidence dairy products are linked to prostate cancer.

Could it be vitamin D?

In earlier research, a link between milk and prostate cancer has been attributed to a high calcium intake, possibly changing the production of a particular form of vitamin D within the body.

Vitamin D is an important regulator of cell growth and proliferation, so scientists believed it may lead to prostate cancer cells growing unchecked. But the evidence on this is limited, and the review adds little to this hypothesis.

Read more: PSA testing for prostate cancer is only worth it for some

Perhaps the review’s most surprising omission is mention of the World Cancer Research Fund (WCRF) Continuous Update Project report on prostate cancer. This rigorous global analysis of the scientific literature identified much stronger risk factors that should be considered as possible confounding factors.

For example, the evidence is rated as “strong” that being overweight or obese, and being tall (separate to weight), are associated with increased risk of prostate cancer. The exact reasons for this are not fully understood but could be especially significant in Australia where 74% of men are overweight or obese.

For dairy products and diets high in calcium, according to the WCRF, the evidence remains “limited”.

Read more: Why full-fat milk is now OK if you're healthy, but reduced-fat dairy is still best if you're not

It’s about the whole diet

It’s not wise to judge any diet by a single food group or nutrient. A healthy diet overall should be the goal.

That being said, milk, cheese and yoghurt are included in Australia’s Dietary Guidelines because of evidence linking them with a lower risk of heart disease, type 2 diabetes, bowel cancer and excess weight. These dairy products are also sources of protein, calcium, iodine, several of the B complex vitamins, and zinc.

Evidence about dairy products and prostate cancer remains uncertain. So before fussing about whether to skip milk, cheese and yoghurt, men who wish to reduce their risk of prostate cancer would be better advised to lose any excess weight. – Rosemary Stanton

I agree with the author of this Research Check who highlights there is a high degree of variability in the results of the studies examined in this review.

While the authors searched three journal databases, most comprehensive reviews search up to eight databases. Further, the authors did not undertake any assessment of the methodological quality of the studies they looked at. So the results should be interpreted with caution.

Although the authors concluded higher amounts of plant foods may be protective against prostate cancer, the figure presented within the paper indicates more studies reported no effect compared to a decreased risk, so how they came to that conclusion in unclear. For total dairy they present a figure showing there were as many studies suggesting no effect or lower risk as there were showing higher risk.

Importantly, they did not conduct any meta-analyses, where data are mathematically pooled to generate and overall effect across all studies.

As the reviewer points out, many other important sources of high quality data have not been included and there are a number of recent higher quality systematic reviews that could be consulted on this topic. - Clare Collins