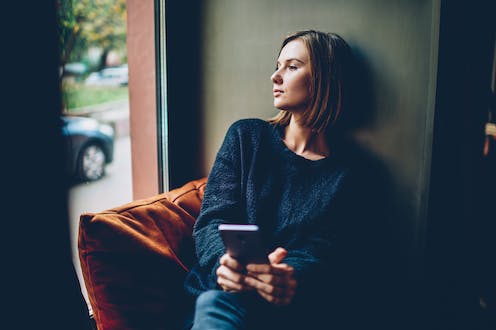 In years gone by, women would rely on the calendar on the wall to work out when their next menstrual cycle might occur. They would look to physical signs to tell them when they might be ovulating, and therefore when they’d be most likely to fall pregnant.

More recently, we’ve seen the proliferation of mobile phone applications helping women track their current cycle, predict their next cycle, and work out when the best time is to try for a baby, helping many to conceive or indicate the need for fertility help from an IVF or ICSI treatment centre.

There are more than 400 fertility apps available, and over 100 million women worldwide are using them.

Read more: For many women, tracking their fertility can be an emotional whirlwind

The personalisation and convenience of apps makes them empowering and attractive. But they require some caution in their use.

While fertility apps use individualised information to estimate the most fertile period, they are not completely reliable. And even if an app indicates when a woman is most fertile, it doesn’t mean a pregnancy will follow if a couple has sex during this window.

A woman’s menstrual cycle consists of three phases: menstrual bleeding, the follicular phase (when an egg-containing follicle is growing) and the luteal phase (the two weeks after ovulation prior to the next period).

It’s traditionally been thought the follicular phase varies in length between women, whereas the luteal phase is relatively constant between women – generally around 14 days. All phases together are thought to amount to a cycle lasting 28 days.

The actual time of ovulation, which occurs at the end of the follicular phase, is marked by the rise in a hormone called the luteinising hormone. This can be measured by a blood test, or more conveniently by urine dipsticks (the same mechanism used for at-home pregnancy tests).

Read more: Women's fertility: does 'egg timer' testing work, and what are the other options?

Physical changes during ovulation include altered vaginal secretions and a subtle drop and then rise in basal body temperature.

A woman can become pregnant during the five days before ovulation or on the day of ovulation. However, the most fertile days are the three days leading up to and including ovulation. By 12-24 hours after ovulation, a woman is no longer able to conceive during that menstrual cycle.

How the apps work

When a woman logs the beginning of her menstrual cycle, fertility apps attempt to predict, using inbuilt algorithms, when ovulation might occur. The app then recommends the timing of intercourse accordingly to optimise the user’s chance of becoming pregnant.

Calendar-based apps rely entirely on menstrual cycle length and an assumption ovulation occurs 14 days before the next period.

Many of the more sophisticated apps collect data on basal body temperature, while some also call for a woman to examine her cervical mucus secretions, or include results from at-home ovulation test kits.

There may be ancillary options to track mood and feelings, diet and exercise, and sexual intercourse.

Read more: An app to prevent pregnancy? Don't count on it

Australian researchers recently looked at 36 fertility apps most commonly downloaded by Australian women. The research, yet to be published, indicated less than half (42.7%) of the apps predicted the correct ovulation date.

For apps collecting temperature data, the prediction of highly fertile days was also commonly missed due to the use of data from previous rather than current cycles.

It’s likely the apps which request more information will have better accuracy. But their effectiveness also relies on the user entering information correctly and consistently.

Read more: How to pick the good from the bad smartphone health apps

Importantly, a recent study looking at more than 600,000 menstrual cycles from 124,648 women tracked by the Natural Cycles app showed the luteal phase is often considerably longer or shorter than 14 days. This calls into question the fundamental premise of a standard 28 day cycle on which many apps are based.

We have confirmed this using the Flo app, demonstrating differences in cycle length based on body mass index (BMI), age and ethnic background.

In women who had logged at least three cycles on the Flo app (1.5 million women), we found just 16.3% had a median 28 day cycle. A higher percentage of older women (aged 40+) had shorter cycles; whereas Asian women and women with a very high BMI tended to have longer cycles. 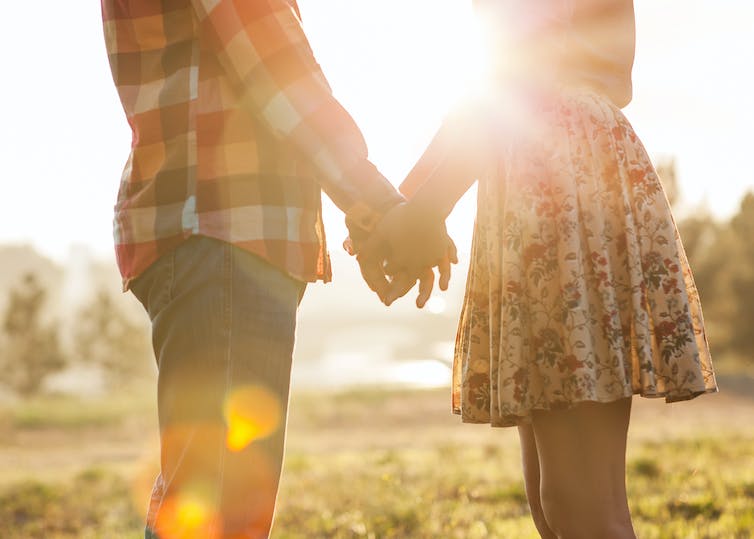 For a couple struggling with infertility, an app probably can’t offer a solution. From Shutterstock.com

An algorithm can’t capture all factors that affect fertility

Although we need more research in this area, the evidence so far suggests if you’re trying to have a baby, you shouldn’t rely too heavily on an app – particularly if you’re finding it hard to conceive.

Various factors such as diet, exercise, body weight, and ethnicity can play a role in a woman’s menstrual cycle and a couple’s chance of conceiving. While many apps allow users to input this information, changes such as an increase or decrease in body weight, or times of high stress, which may lead to irregular menstrual cycles, are not incorporated into the algorithms that predict when a woman will be most fertile.

This may contribute to a delay in conception and lead to distress, particularly if a couple has already been trying to conceive for many months.

Read more: I have PCOS and I want to have a baby, what do I need to know?

On the plus side, consistency in using fertility apps may assist women in getting to know their bodies better, and with evidence-based educational components in some apps, their use may support fertility awareness and knowledge about reproductive health.

Fertility apps can be beneficial for documenting monthly cycles and help women identify when their cycles may be irregular. When this is the case, this may be a sign of other reproductive health issues, and women should see a doctor.

In women who have reproductive health issues such as polycystic ovary syndrome or endometriosis, the ability to become pregnant is already reduced. An app estimating ovulation or suggesting the most fertile period in these women may therefore be limited in its effectiveness.