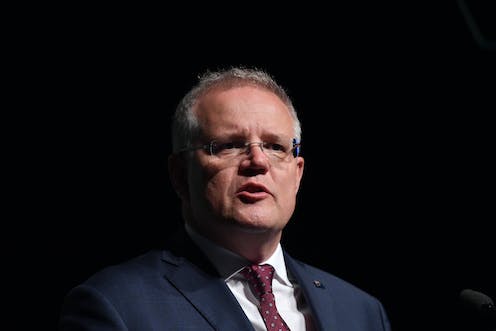 More federal government money will be announced within weeks for home care for the aged, after a damning royal commission finding that many people die before their packages arrive.

Scott Morrison on Friday said he had been waiting for the commission’s report to inform the government’s decisions on in-home aged care before the December mid-year budget update.

He told 3AW he had spoken to Treasurer Josh Frydenberg, Finance Minister Mathias Cormann and Aged Care Minister Richard Colbeck on Thursday night, after the interim report on aged care quality and safety was released that day.

He said one reason he was so careful about budget spending was “we knew we would need to address issues coming out of this royal commission”.

“That’s why I initiated it in the first place, so we could know what we needed to do and confront that,” Morrison said.

The report said it was “particularly challenging” when someone was deemed eligible for home care, because they first had to wait in the prioritisation queue for a package to be assigned, and then find a service provider.

Once found eligible for the highest level of home care package, a person could wait a year or often longer for its delivery.

“Such waiting times would be unacceptable in any other system, but are common in home care today,” the report said.

It condemned the health department, which oversees the system, for having no mechanism to give updates to people on the waiting list.

While they waited, “there is a clear and present danger of declining function, inappropriate hospitalisation, carer burnout and premature institutionalisation because necessary services are not provided,” the report said.

“By any measure, this is a cruel and discriminatory system, which places great strain on older Australians and their relatives. It is unfair.

"Older people should receive the home care services they need to live safely at home. Funding should be forthcoming from the Australian government to ensure the timely delivery of these services”.

An increase in the number of home care packages was one of three recommendations for immediate action made in the interim report. The others were a response to the over-reliance on chemical restraint in aged care, and an end to disabled younger people going into aged care (together with faster action to get young people out of these facilities).

Acknowledging the problem in aged care, Morrison said “We know there’s a lot more work to do, and we’ve got to create a new culture of respect for older Australians”

The commission’s final report is a year away.