Fires of unprecedented number and ferocity are today raging in New South Wales and Queensland. Residents in some regions woke to news that the fire danger was “catastrophic”. Rural fire chief Shane Fitzsimmons was blunt when he explained what that means: “It’s where people die.”

I lost my home in Victoria’s 1983 Macedon bushfires. I know sympathy and financial assistance for those in the midst of the crisis is important. However, when political leaders such as Prime Minister Scott Morrison offer their “thoughts and prayers”, it’s hard to read this as anything but disingenuous.

Scientists and meteorologists have for years warned of more frequent and extreme bushfires as climate change worsens. Their messages have been met by policy inertia. Nationals leader Michael McCormack on Monday went so far as to dismiss those who link bushfires to global warming as “raving inner-city lunatics”.

If the Morrison government seriously wanted fewer Australians to experience a bushfire crisis, it would use the current situation to galvanise public sentiment, shift the political agenda, and make meaningful inroads into emissions reduction.

Catastrophic fire danger has been forecast for Greater Sydney, Hunter and Illawarra-Shoalhaven residents. These are the worst possible conditions, under which officials have warned fires are almost impossible to control and homes will burn.

The World Meteorological Organisation said in February that the four years to 2018 were the hottest on record, in a clear sign of climate change “associated with record atmospheric concentrations of greenhouse gases”.

Bushfires are not directly attributable to climate change. However, the fast-warming climate is making bushfires more frequent and intense.

In Australia, weekly bushfire frequencies increased by 40% in the five years to 2016, particularly during summer months, suggesting a serious climatic shift.

The Northern Hemisphere is also suffering. Research released earlier this year found that California’s annual wildfire extent had increased fivefold since the 1970s. This was very likely driven by drying forest fuels under human‐induced warming. 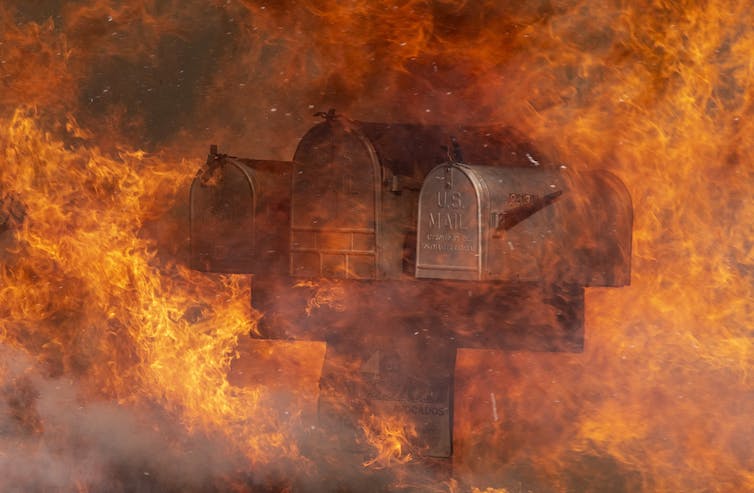 The mountain of irrefutable evidence linking global warming to bushfires makes the federal government’s failure to act - or even talk about the problem - extremely hard to explain. Of course, worsening bushfires are not the only signal that climate change has arrived.

The Murray-Darling Basin, like much of Australia, is in the midst of drought. It reportedly averaged 887 millimetres of rain over the 34 months to the end of October - the lowest on record. Climate change cannot be directly blamed for causing a specific drought, but makes a drought more severe.

Meanwhile, Australia’s national emissions are rising year-on-year. In particular, emissions from fossil fuels and industry are now 7% above 2005 levels.

But it’s not too late to turn the ship around. The current bushfire emergency is an opportune moment to join the dots and prepare to implement significant climate change policies.

Experts say such a plan would include setting a credible pathway to net zero emissions and defining clear policy routes to renewable energy, such as replacing existing coal generators with clean energy by 2035.

Climate costs and the benefits of avoiding climate change should be integrated into mainstream decision-making across government and business. 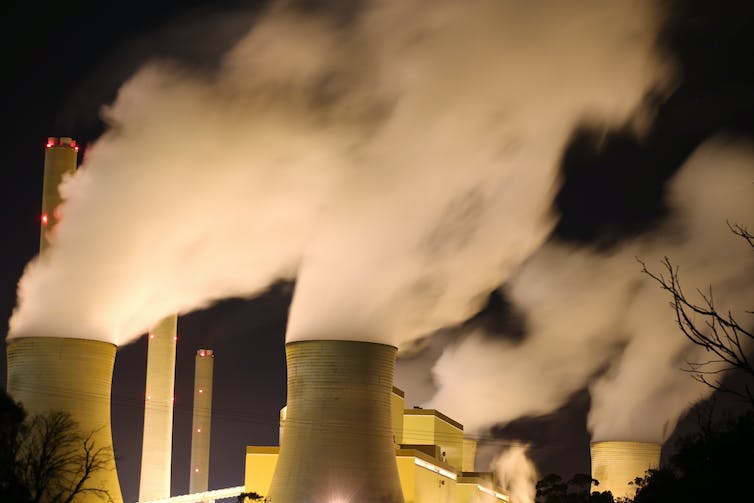 Bayswatercoal-fired power station, near Muswellbrook in the Hunter region of NSW. DAN HIMBRECHTS/AAP

Even if the Morrison government tackled climate change with gusto tomorrow, the reality is that the problem has already taken hold. And as former NSW Fire and Rescue Commissioner Greg Mullins this week warned, “we are not adequately prepared” for the monster fires that will result.

Crucially, the commission said governments “overinvest in post-disaster reconstruction and underinvest in mitigation that would limit the impact of natural disasters in the first place”.

It called for a major overhaul and whole-of-system approach to fire prevention and suppression. This would involve representation from multiple community, government and community sectors, and needs to be well-resourced.

Untapped opportunities for bushfire prevention abound. For example, there is little recognition that at least 90% of bushfires are accidentally or deliberately started by people. More research into this area is needed. 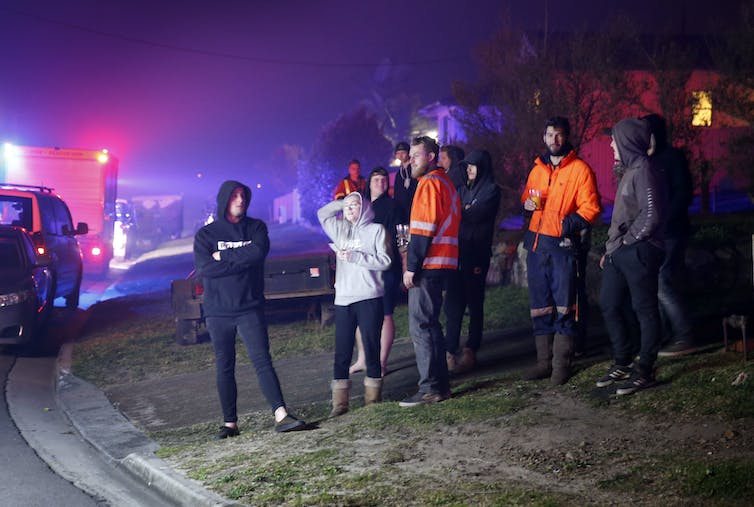 Residents look on as a fire threatens homes at Belmont, NSW, in August 2019. Darren Pateman/AAP

My first-hand experience of bushfire was traumatic. I was a young mother and the trauma was particularly felt by my children. It challenges your personal identity and security, which is significantly defined by your “home” and living location.

My direct experience leaves me unable to comprehend why politicians would not take every opportunity through climate change policy to reduce ongoing and increasing risks to the Australian population.

When a bushfire emergency is current, it affords the opportunity to better understand the many personal, community and environmental costs of climate change - and galvanise politicians to act.