As the world grapples with an extinction crisis, our large mammals are among the most endangered. These threatened species – rhinos, pandas, tigers, polar bears and the like – greatly influence their ecosystems. So what will happen to the smaller animals left behind?

Clues from a past megafaunal extinction could give us the answer. Thousands of years ago, many large mammals went extinct including mammoths, saber-toothed cats and Australia’s giant wombat. The extinctions happened at different times, shortly after human colonisation on each continent.

A study I led, published in the journal Science, has found after the megafauna disappeared, many surviving mammal species went their separate ways. This weakened connections between species and may have made ecosystems more vulnerable.

As human activity drives modern megafauna towards extinction, our study gives valuable insights into the potential repercussions for smaller survivors. 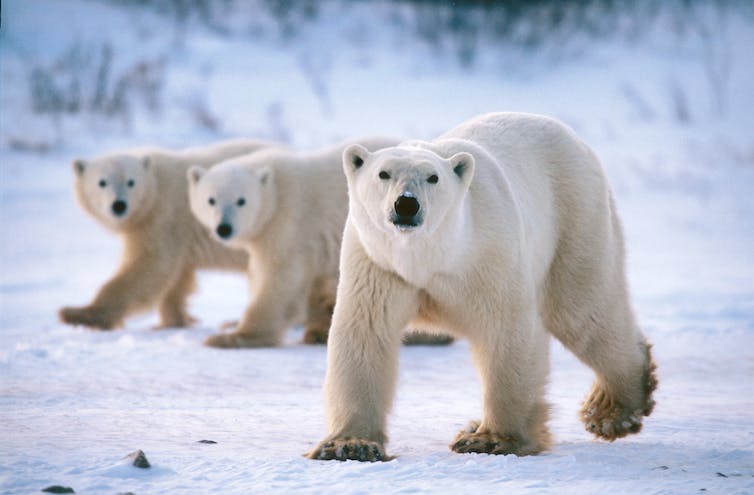 Many large mammals, such as the polar bear, are at risk of extinction. Henry H. Holdsworth/Natural Habi

Our team analysed the fossil records of 93 mammal species at hundreds of sites in North America, dating back up to 21,000 years, before the extinctions began.

We then determined the extent to which a particular species lived alongside others at each site. We found that after the extinction of large mammals, smaller mammals often distanced themselves from neighbouring species and were found together much less often than expected.

Surprisingly, this separation occurred while many survivors were claiming new habitats after the extinctions - which meant the potential space for co-habitation had actually aincreased. 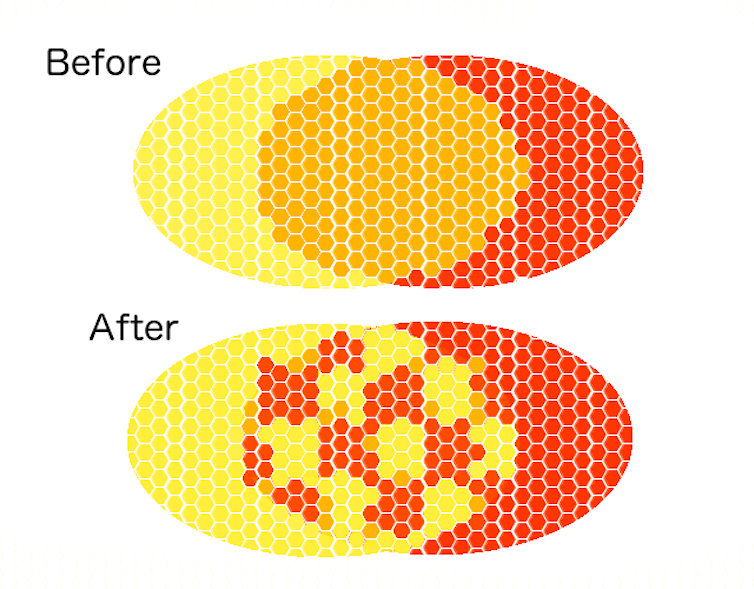 Created by Anikó Tóth Such segregation suggests a change in interactions between species after the extinction event. Survivors may have rapidly become more abundant as large mammals disappeared, causing more competitive interactions. This could have prompted them to exclude each another from individual sites. Our analysis suggests the repercussions of megafauna extinctions are still being felt today - leading to species increasingly segregated across continents, and interacting more opportunistically. Hover over an animal silhouette to learn more about it. Notice the size difference between the largest North American fauna 12,000 years ago and today Animals need each other Connections between species large and small are the lifeblood of a functioning ecosystem, making it stable and resilient. Today’s large mammals are comparatively smaller than the megafauna of the last ice age. However, they still play a vital role in shaping ecosystems. Just like in the past, modern large mammals may carry out pest control, aid seed dispersal and spread nutrients (by walking long distances and pooping out digested vegetation). This benefits humans and other species. Read more: Why we need to protect the extinct woolly mammoth Some large animals also shape and create homes for others. For example, elephants in Africa push over trees to create open grasslands, much like their Pleistocene-era cousin, the Columbian mammoth. This enables other species adapted to grasslands, such as gazelles and zebras, to share the habitat. If elephants became extinct and no longer pushed over trees, grasslands would change and remaining animals may die or move away. In this way, the loss of interactions may make the ecosystem less stable and more vulnerable. And animal extinctions have a snowball effect when it comes to species interactions. If half the species in a community go extinct, at least three quarters of the possible interactions in the system die with them. 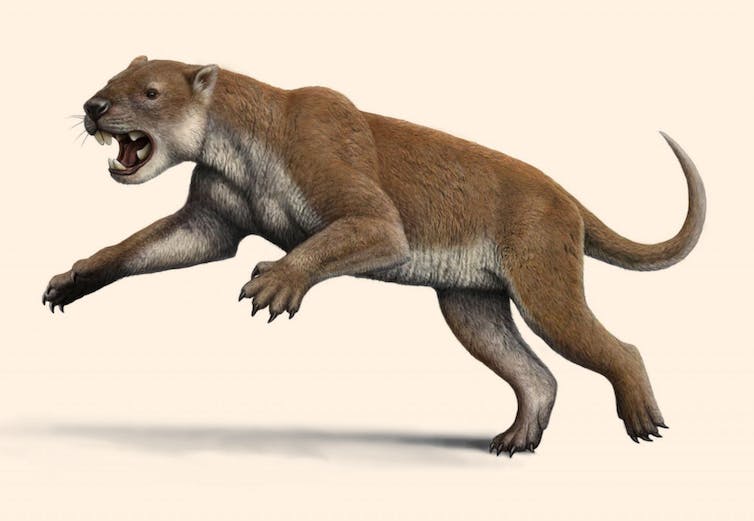 Thylacoleo carnifex, the extinct marsupial lion. Image credit: Mauricio Antón Lessons for Australian conservation Although our study was restricted to North America, its findings have the potential to inform conservation efforts in Australia and shine a light into the past. Australia’s fossil record and historical accounts document many species of large mammals which have become extinct. For example, more than 40,000 years ago humans wiped out large carnivores such as the marsupial lion and more recently, the Tasmanian tiger. People also introduced invasive medium-sized carnivores such as foxes and feral cats, the spread of which went unchecked for years. This devastated the unique and diverse suite of smaller Australian marsupials. Read more: An end to endings: how to stop more Australian species going extinct Today, the extermination of feral cats is a major conservation problem in Australia. Had the marsupial lion still been around, feral cats may have been killed and marginalised by these larger animals, slowing their spread. When planning animal conservation and management, it may be just as important to protect interactions as it is to save individual species. When introducing or eliminating species as part of environmental initiatives, it’s crucial to consider all possible interactions we are adding, as well as those we are taking away.