Kanye West’s first operatic work, Nebuchadnezzar, has just premiered at the Hollywood Bowl in Los Angeles. Set in the 6th century BCE, the opera is based on the biblical story of Nebuchadnezzar II, a powerful ruler and the longest-reigning king of Babylon. 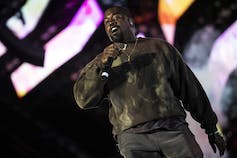 Kanye West: has spoken of parallels between himself and the Babylonian king. EPA/Etienne Laurent

Nebuchadnezzar was a warrior-king, often described as the greatest military leader of the Neo-Babylonian empire. He ruled from 605 – 562 BCE in the area around the Tigris-Euphrates basin. His leadership saw numerous military successes and the construction of building works such as the famous Ishtar Gate.

Thousands of years after his rule, Nebuchadnezzar’s name lives on in his buildings and in ancient literature. Interestingly, his name and life have inspired numerous musical works by artists such as jazz pianist Marcus Roberts, Italian composer Giuseppe Verdi, and now, West.

The name Nebuchadnezzar in Akkadian (an ancient Semitic language that is an early cognate of Hebrew) is Nabu-Kudurri-usur, which means “O Nabu, protect my first-born son.” Nabu was a major Mesopotamian deity associated with literacy and the work of scribes. 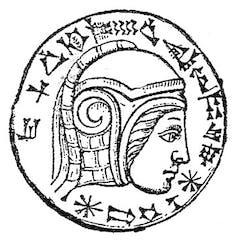 An engraving on an eye stone of onyx with an inscription of Nebuchadnezzar II. Wikimedia Commons

The late Iron Age in the Near East saw the end of the mighty Assyrian Empire around 609 BCE - partly fuelled by climate change.

The area became the focus of political manoeuvring between two regional superpowers – the Egyptian and the Babylonian empires. Under Nebuchadnezzar’s reign, Neo-Babylonian armies swept through the area, leaving a trail of destruction including that of the biblical kingdom of Judah, which was besieged and destroyed.

Read more: Climate change fueled the rise and demise of the Neo-Assyrian Empire, superpower of the ancient world

Nebuchadnezzar appears prominently in the Book of Daniel, as well as in Kings, Ezekiel, Jeremiah, Ezra, and Nehemiah, and rabbinical literature. The fall of the kingdom of Judah is presented in detail in 2 Kings 24-25.

Many scholars have noted that the historicity of the biblical account is supported by cuneiform sources. Indeed, this biblical account of the destruction is remarkably close to descriptions of the event found in Neo-Babylonian chronicles. 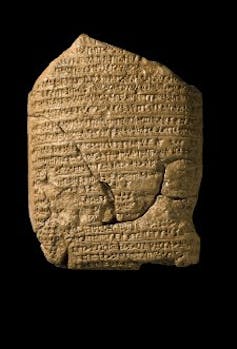 Nebuchadnezzar’s military might looms large in the biblical text, but evidence from Neo-Babylonian sources from around the time of his reign offers a different emphasis. These sources focus on the king’s outstanding record in building and construction, and his religious piety.

Nebuchadnezzar was committed to rebuilding Babylon (in modern-day Iraq) after it had been freed from Assyrian rule. He turned the city into one that was famed for its opulence and majesty throughout the ancient world.

Bricks from the blue-glazed wall bearing Nebuchadnezzar’s inscription have been discovered in their thousands. 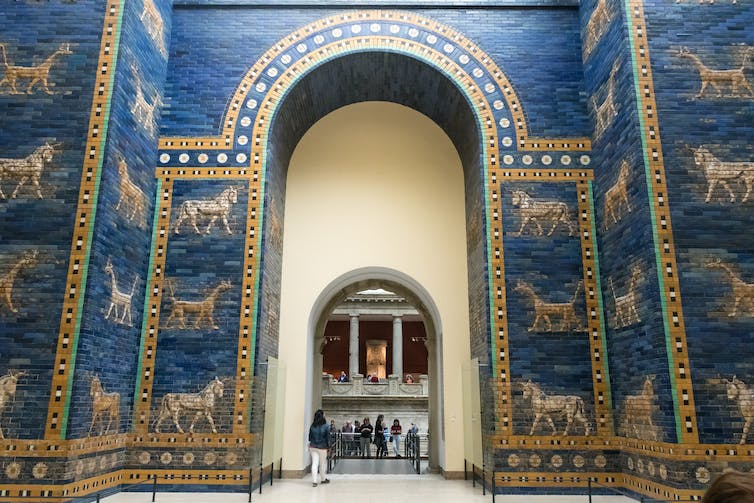 A reconstruction of the blue Ishtar Gate of Babylon, decorated with extinct aurochs and mythological creatures, at the Pergamon History Museum. shutterstock

Legend has it that the mysterious Hanging Gardens of Babylon were built by Nebuchadnezzar as a gift for his wife, Amuhia.

The story goes that Amuhia was homesick for the forested landscape of her homeland Medea (which in the modern-day includes parts of Turkey, Turkmenistan and Uzbekistan), so Nebuchadnezzar built the gardens to provide her with some comforts of home. The Hanging Gardens of Babylon are one of the seven wonders of the ancient world, but their exact historical location remains unknown. 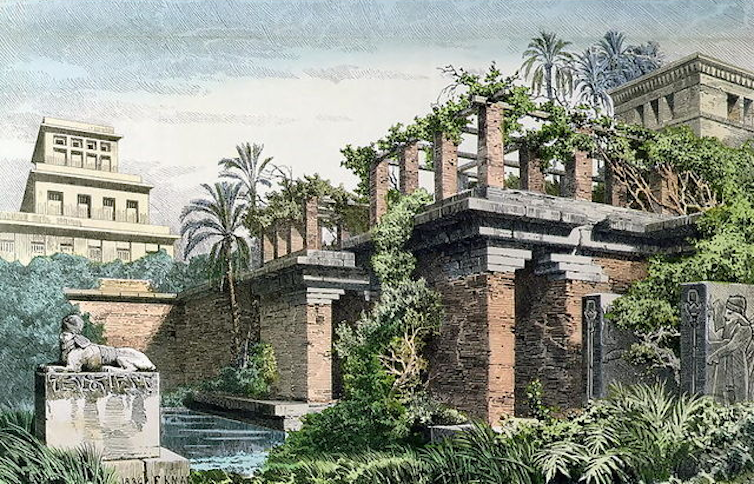 Nebuchadnezzar’s building works are described in the works of Classical writers such as the 5th century historian, Herodotus. Several ancient sources, including inscriptions ascribed to Nebuchadnezzar, suggest the king constructed a giant reservoir that was 200km in length. (However, alternate sources suggest the construction was the work of the ancient queens Nitocris or Semiramis.)

In a much-quoted interview with DJ Zane Lowe, Kanye West has explained his connection to the Babylonian monarch. West noted parallels between the exceptional successes enjoyed by Nebuchadnezzar and himself, and the relationship between their achievements and their religion.

He has also observed that Nebuchadnezzar’s mental illness as described in the Bible (there is a passage where he believes himself to be a cow) has resonated with his own health issues. 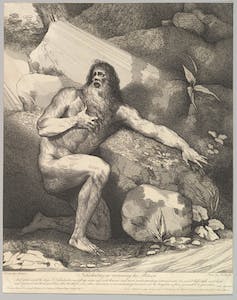 Several ancient sources also connect Nebuchadnezzar to hymns and musical performances. In the Book of Daniel, for instance, Nebuchadnezzar builds a giant golden statue in his own image. The king’s attendants decree that when people “hear the sound of the horn, flute, harp, lyre, and psaltery, in symphony with all kinds of music” they should fall down and worship this gold image.

Two were assassinated - suggesting perhaps that Nebuchadnezzar’s many achievements made him a hard act to follow. While the king’s rule was undoubtedly complicated, his story is still providing inspiration for modern artists and diverse new tellings.