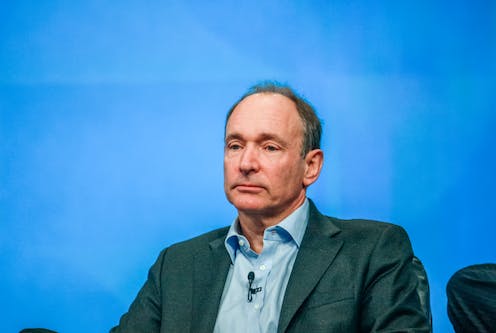 On March 12, the 30th anniversary of the World Wide Web, the internet’s founder Tim Berners-Lee said we needed to “fix the web”.

However, a resulting manifesto released on Sunday, and dubbed the Contract for the Web, is a major disappointment.

Endorsed by more than 80 corporations and non-government organisations, the campaign seeks a return to the “open web” of the 1990s and early 2000s – one largely free of corporate control over content.

While appealing in theory, the contract glosses over several key challenges. It doesn’t account for the fact that most internet content is now accessed through a small number of digital platforms, such as Google and Facebook.

Known as the “platformisation of the internet”, it’s this phenomenon which has generated many of the problems the web now faces, and this is where the focus should be.

Read more: Who controls the internet? The debate is live and clicking

Berners-Lee identified major obstacles threatening the future of the web, including the circulation of malicious content, “perverse incentives” that promote clickbait, and the growing polarisation of online debate.

Having played a central role in the web’s development, he promised to use his influence to promote positive digital change.

He said the Contract for the Web was a revolutionary statement.

Berners-Lee claims it’s the moral responsibility of everybody to “save the web”. This implies the solution involves engaging civic morality and corporate ethics, rather than enacting laws and regulations that make digital platforms more publicly accountable.

The contract views governments, not corporations, as the primary threat to an open internet. But governments’ influence is restricted to building digital infrastructure (such as fast broadband), facilitating online access, removing illegal content and maintaining data security.

The contract doesn’t prescribe measures to address power misuse by digital platforms, or a solution to the power imbalance between such platforms and content creators.

This is despite more than 50 public inquiries currently taking place worldwide into the power of digital platforms.

Read more: Country rules: the ‘splinternet’ may be the future of the web

The most obvious gaps in the contract are around the obligations of digital platform companies.

And while there are welcome commitments to strengthening user privacy and data protection, there’s no mention of how these problems emerged in the first place.

It doesn’t consider whether the harvesting of user data to maximise advertising revenue is not the result of “user interfaces and design patterns”, but is instead baked into the business models of digital platform companies.

Its proposals are familiar: address the digital divide between rich and poor, improve digital service delivery, improve diversity in hiring practices, pursue human-centered digital design, and so forth.

But it neglects to ask whether the internet may now be less open because a small number of conglomerates are dominating the web. There is evidence that platforms such as Google and Facebook dominate search and social media respectively, and the digital advertising connected with these.

Not a civic responsibility

Much of the work in the contract seems to fall onto citizens, who are expected to “fight for the web”.

The contract feels like a document from the late 1990s, forged in the spirit of “militant optimism” about the internet.

It offers only pseudo-regulation for tech giants.

It also implies if tech giants can demonstrate greater diversity in hiring practices, allow users to better manage their privacy settings, and make some investments in disadvantaged communities, then they can avoid serious regulatory consequences.

A big question is why leading non-government organisations such as the Electronic Frontier Foundation and Public Knowledge have signed-on to such a weak contract.

This may be because two elements of the original legacy of internet culture (as it started developing in the 1990s) are still applicable today.

One is the view that governments present a greater threat to public interest than corporations.

This leads non-governmental organisations to favour legally binding frameworks that restrain the influence of governments, rather than addressing issues of market dominance.

The contract doesn’t mention, for instance, whether governments have a role in legislating to ensure digital platforms address issues of online hate speech. This is despite evidence that social media platforms are used to spread hate, abuse and violent extremism.

The second is the tendency to think the internet is a different realm to society at large, so laws that apply to other aspects of the online environment are deemed inappropriate for digital platform companies.

Berners-Lee’s manifesto for the future of the web is actually more conservative than proposals coming from government regulators, such as the Australian Competition and Consumer Commission’s (ACCC) Digital Platforms Inquiry.

The ACCC is closely evaluating issues arising because of digital platforms, whereas the Contract for the Web looks wistfully back to the open web of the 1990s as a path to the future.

It fails to address the changing political economy of the internet, and the rise of digital platforms.

And it’s a barrier to meaningfully addressing the problems plaguing today’s web.