Across Australia around 5,700 community pharmacies are responsible for dispensing the majority of prescriptions subsidised under the Pharmaceutical Benefits Scheme (PBS).

These community pharmacies are represented nationally by the Pharmacy Guild of Australia.

Every five years the Australian government consults with the Pharmacy Guild before delivering the Community Pharmacy Agreement. This agreement governs how pharmacies are reimbursed for dispensing medicines listed on the PBS, and the sorts of services you can access at the pharmacy.

The 6th Community Pharmacy Agreement expires on June 30, 2020. Negotiations are currently underway for the 7th agreement, expected to cost some A$20 billion over five years.

Read more: Explainer: what is the Community Pharmacy Agreement?

The Pharmacy Guild is the major player involved in negotiating with the government how much money is spent through the Community Pharmacy Agreement, and where the money goes.

Given the funds at stake, and the importance of ensuring the availability of PBS medicines, it’s pertinent to look at what the Pharmacy Guild is and where its power comes from.

The Pharmacy Guild of Australia was founded in 1928 as an employers’ organisation for the owners of community pharmacies. Pharmacy owners must be registered pharmacists, but the pharmacy profession is represented separately by the Pharmaceutical Society of Australia.

The Pharmacy Guild’s key focus is the financial sustainability of community pharmacy. Over the years they’ve sought to protect pharmacists’ income generated from the PBS (between 41% and 46% of their total income, depending on location).

Similarly, the Pharmacy Guild was able to coerce the government into providing A$210 million in the 2017-18 budget to community pharmacies as compensation for lower than forecast prescription volumes. 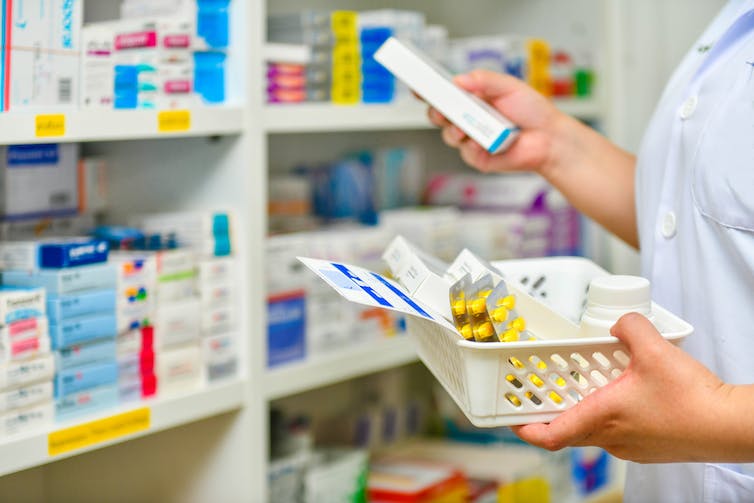 Negotiations for the 7th Community Pharmacy Agreement are currently underway. From shutterstock.com

Further, the Pharmacy Guild has fiercely and successfully opposed efforts to change the location rules which govern the clustering of pharmacies, to allow pharmacies in supermarkets, and other efforts to increase competition.

The guild has also pushed for pharmacies to receive funding to deliver primary care services to patients. Both the Pharmacy Guild and the Pharmaceutical Society of Australia regard the community pharmacy sector as an ideal environment to host preventative health initiatives, such as immunisations and screening services.

Despite the fact uptake of these programs is described as “alarmingly low”, this has generated turf fights between doctors and pharmacists.

Some of the medical opposition is because evaluations of a number of long-running pharmacy programs have failed to demonstrate their value. In most cases, there has been insufficient data to enable any assessment of the impact of these programs on health outcomes.

So why are they so powerful?

The lobbying capabilities of the Pharmacy Guild executive and its members, the reach into every community, and the substantial political donations they make, mean politicians are always nervous about treading on community pharmacies’ toes.

Community pharmacies have a unique ability to garner public support for their causes from loyal customers. This can be a potent deterrent for any politician proposing changes the Pharmacy Guild views as adverse.

We saw this during the 2013 election campaign when customers were petitioned to save their local pharmacies, supposedly under threat after a move by the Rudd government to reduce the price of prescription medicines. 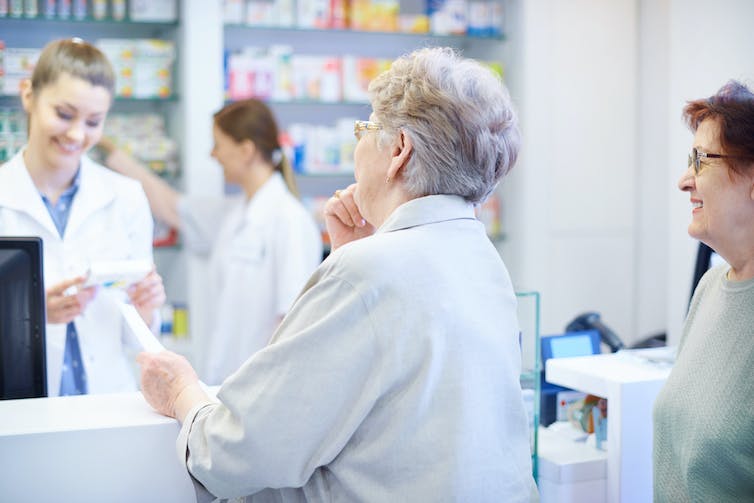 In terms of political donations, the Pharmacy Guild was ranked as the 14th largest political donor in 2017-18 (the latest period we have data for).

Their political contributions in that financial year totalled A$220,000. More than half of this (A$139,500) went to the Labor Party, with the remainder going to the Liberal and National Parties.

Most recently a donation of A$15,000 to One Nation generated controversy.

Read more: How rivalries between doctors and pharmacists turned into the 'turf war' we see today

The Pharmacy Guild has been open about its ability to work within political processes, regardless of who is in government.

Its many critics, however, see the approach as one of manipulation. Former chair of the Australian Competition and Consumer Commission, Graeme Samuel, has described some of the guild’s tactics as “political blackmail”.

Towards the 7th Community Pharmacy Agreement

We don’t yet know what’s going to be contained in the 7th Community Pharmacy Agreement.

Regrettably, despite the large sums of money involved and the importance of community pharmacy as a public asset, there’s no transparency around the negotiations.

There’s also been little apparent consultation with other key stakeholders, particularly consumers. The Pharmacy Guild – and with it the interests of its members – appears, unsurprisingly, to be driving where health minister Greg Hunt will go with this agreement.