As bushfires rage and our cities lie shrouded in smoke, climate change is shaping as a likely topic of conversation at the family dinner table this Christmas.

Such discussions can be fraught if family members hold differing views. You may not all agree on the urgency of dealing with climate change – or indeed whether it is happening at all.

When I teach the art of argumentation – a core skill of critical thinking – I tell my students about the concept of “point at issue”. This is what the argument is about and should be the focus of rational discussion.

But when debating emotive and controversial topics such as climate change, the point at issue can become lost.

So what to do? We can learn much from Swedish climate activist Greta Thunberg – a master of staying on topic. 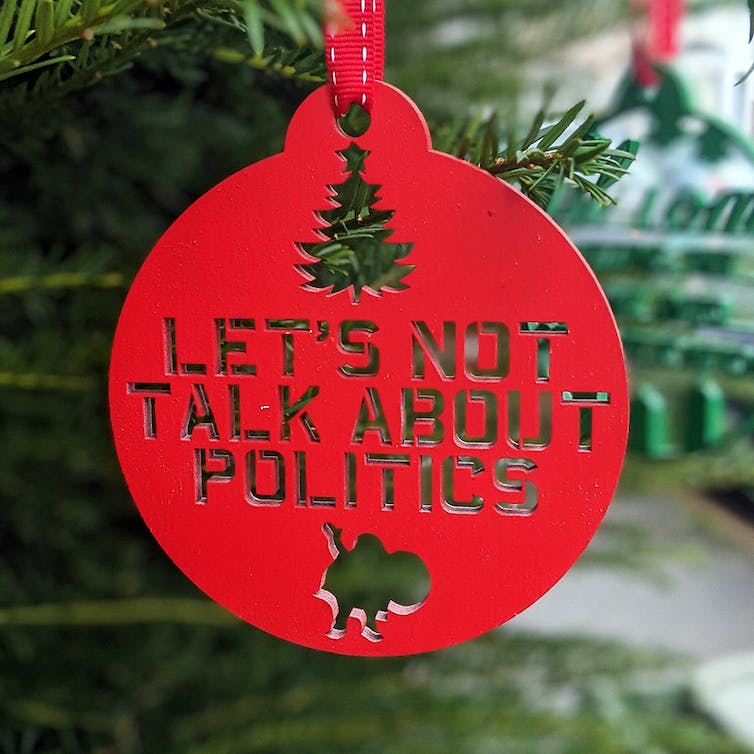 Thunberg is in the Spanish capital Madrid this week for COP25 – a major conference of nations signed up to the Paris climate agreement.

Thunberg’s solo school strikes in Sweden last year sparked a global movement. But in typical rational style, Thunberg told supporters in Madrid the protests have “achieved nothing” because global emissions are still rising.

Read more: Earth has a couple more chances to avoid catastrophic climate change. This week is one of them 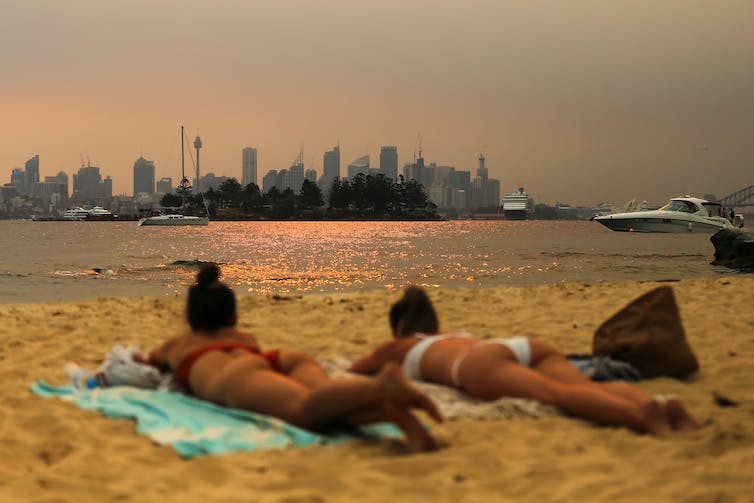 A smoke haze covering the east coast is bringing climate concerns to the fore. Stephen Saphore/AAP

Each time Thunberg speaks, these issues are centre-stage. She is not distracted by rhetoric, straw-man arguments, personal abuse, or by condescension or appeals to economic theory.

For example in a TED talk in March, Thunberg responds with uncommon clarity to those who seek to put the burden of action back on her:

Note how the burden is placed back where it belongs: on those who have the power to act now.

Thunberg also refuses to be distracted by patronising comments. When meeting with the US Senate’s climate crisis taskforce in September, she was commended for her enthusiasm and replied:

Please save your praise. We don’t want it […] Don’t invite us here to just tell us how inspiring we are without actually doing anything about it because it doesn’t lead to anything.

To claims she should be in school rather than protesting, Thunberg says:

Why should any young person be made to study for a future when no one is doing enough to save that future? What is the point of learning facts when the most important facts given by the finest scientists are ignored by our politicians?

Thunberg says she has Asperger’s syndrome, an autism spectrum disorder (ASD). She describes it as a “superpower” which has “definitely helped me keep this focus”.

Research has found that people with ASD have a heightened ability to focus on some tasks and in particular, to identify “critical” information. 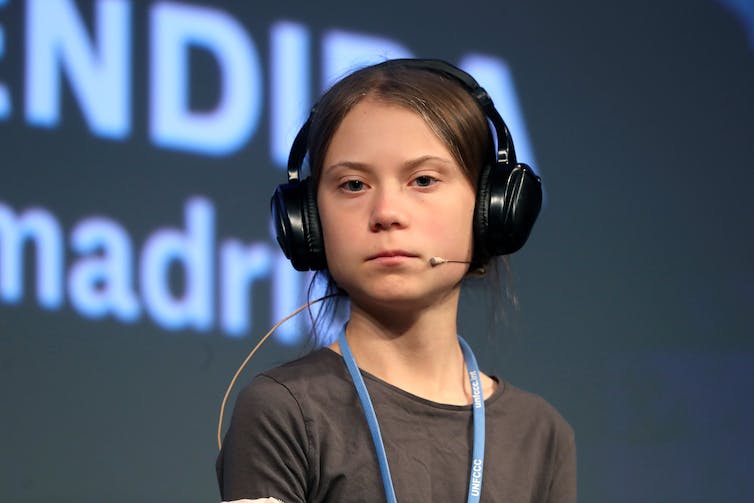 Greta Thunberg has autism spectrum disorder, and describes it as her ‘superpower’ AAP

Back to the dinner table

We may not have Thunberg’s natural aptitude for staying on topic. But we can apply the lessons to our own conversations with friends and family.

Let’s say I’m having an argument with a cranky uncle about renewable electricity. I might argue that we should transition to wind and solar energy because it generates less carbon dioxide than burning fossil fuels.

My uncle might respond by saying I shouldn’t use any energy at all. Maybe he’ll say “then stop driving cars” or “don’t turn on your TV”.

But this response is not addressing the point at issue – that renewable energy generates less carbon than fossil fuels. It is talking about something else: that any use of power is bad. Really, it’s not so much about using power as how that power is generated.

Moving off the point at issue is a classic “strawman” attack, when the argument is misrepresented and argued from that point.

Keeping the argument on track, and keeping it both civil and productive, is a key skill in critical thinking. It is helped by:

This will help keep the integrity of the argument intact and avoid it degenerating into an exchange of ideological blows.

If you need extra help, my colleagues and I have produced a paper to help analyse the rationality of climate denial claims. It also helps you find the point at issue, and stay on it.

This is a skill worth developing in discussion with friends and family. In the maelstrom of ideology surrounding climate change in this post-truth world, keeping a rational focus is critical.