I moved to Sydney less than five weeks ago and the city has been shrouded in smoke haze on and off since then. I joke this is my “Sydney hazing” but it’s only now – having worked on climate change for over a decade – that I’m suddenly feeling burnt out. This is not in any way to compare my experience to those who have lost their homes, communities and loved ones to the bushfires.

But the smoke cuts through Australia’s clouds of climate denial that pretend we are neither vulnerable nor responsible.

Read more: Australia needs stricter rules to curb air pollution, but there's a lot we could all do now

We often refer to the “atmosphere” and “climate” of a particular space or community. We can be “on cloud nine”, “under the weather”, or “snowed under”. We know the weather affects people’s moods. My research, and that from a range of disciplines, is increasingly finding that human emotional, social and embodied experiences are intimately related to the weather and climate.

So, might people’s climate concern be changing now Sydney and Canberra have air quality on a par with Delhi? 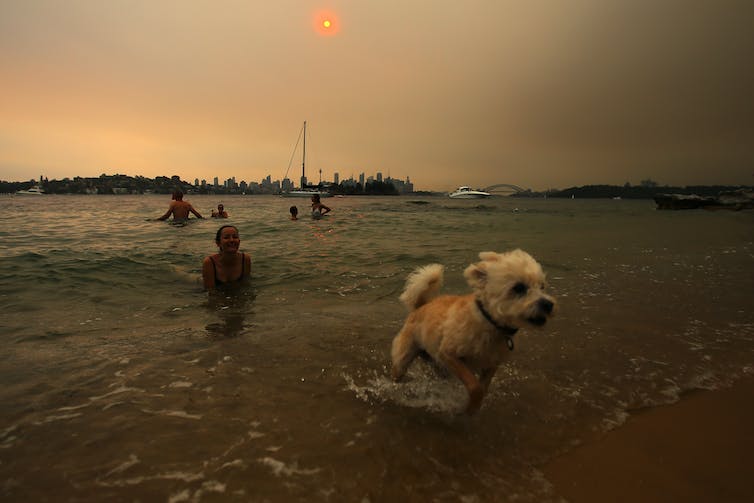 Research is mixed on how extreme weather changes people’s perspectives on climate change. After severe storms and floods hit the UK in 2013 and 2014, scientists found those directly affected were more worried about climate change and supported climate change policies beyond direct, flood-related mitigation.

On the other hand, climate-change sceptics polled in the US in 2011 were more likely to recall the summer of 2010-11 as a normal one, despite record-breaking heatwaves across the northern hemisphere.

Some research has suggested climate change can prompt “information aversion”, where we actively or subconsciously avoid distressing facts and construct a safer, more comforting narrative.

Read more: Air pollution may be affecting how happy you are

This tendency may be what drives such bracing platitudes as: “Australia is a sunburnt country”; “We’ve always had fires”; “Us Aussies are tough!”

A few face masks aside, the majority of us in Australia’s smoky cities have appeared to continue with business as usual: people just keep going to work. But I hope that, below this surface, the lingering taste of char at the back of our throats is sparking a change in the political atmosphere.

No one should tell you how to feel about climate change, but I can tell you that you have a right to feel angry and sad. It is normal to feel overwhelmed – a word that once meant being literally inundated by water – in a world with rising seas and increasing floods.

Relatedly, droughts can leave us feeling drained. Awakening and sitting with these feelings is really important, but it’s also crucial not to dwell in despair.

The social atmosphere is changing, of course: over the last year, around the world, we have seen millions of people take to the streets demanding stronger action on climate change. Our Aussie kids have been leaders in this regard. 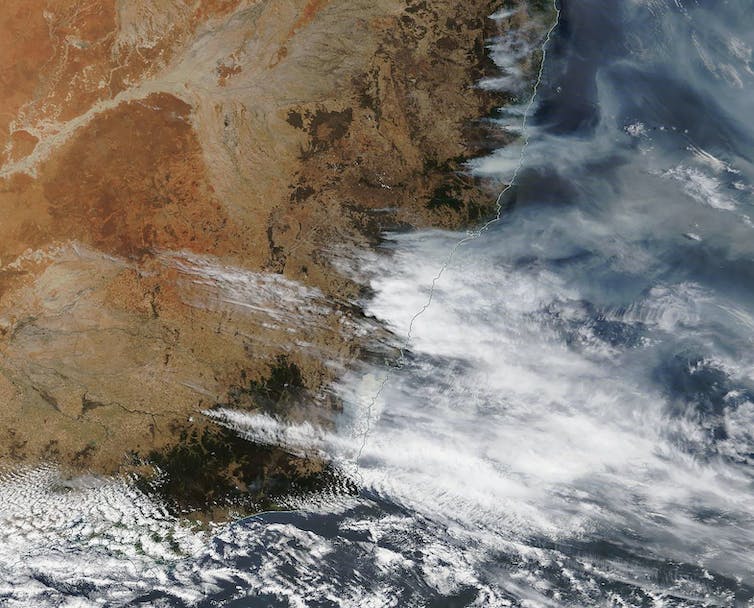 Research and polling consistently find the majority of Australians are highly concerned about climate change and would back government policies to rapidly decarbonise the economy.

But research also tells us hardly anyone talks about their climate concern. For example, a recent study from Yale University found only 18% of Americans hear people they know talking about climate change once a month or more. It makes sense: climate change is scary and has become highly politicised, meaning it is hard to know where to start, what to say, or who to talk to.

While this is a coping mechanism to try to protect ourselves emotionally, these norms work to deny the significance of climate change, prevent useful personal and social introspection and stall community action.

So how do we create a change in the political climate? Those of us for whom a smoky city is our only tangible experience, so far, of climate change, need to step up and demand our government not only meet minimum international obligations, but become the renewable energy and climate policy leaders we could be. We also need to talk about climate change more: with our friends, families, peers and communities.

Discussing the fires last week, one colleague mentioned she was fuming. This struck me as an empathetic echo of the smouldering state of our regional communities. My favourite sign from the school strikes has been “As oceans rise, so do we”. And now, I’d like to add, “As fires rage, so do we”.