Universities across Australia – including in Canberra, Wollongong and Newcastle – have had to close their campuses in the past few months as a result of bushfires.

But the deep and long-lasting impacts of the crisis are set to pose a challenge for Australian universities beyond just the immediate response.

Of the more than one million university students in Australia, we estimate about 95,000 in 2020 will be from regions directly affected by the bushfires.

Most of these students will attend regional universities, but they will be present in all universities throughout Australia. The sheer magnitude and scale of the bushfires mean the number of students indirectly impacted will be much higher.

Read more: You're not the only one feeling helpless. Eco-anxiety can reach far beyond bushfire communities

Tragedies and disasters can have an emotional and cognitive impact on learning.

So, how can universities support students and staff during times of collective crisis?

Studies of the impacts of disasters on university students have largely focused on hurricanes, earthquakes and acts of terrorism. Although each disaster is different, these studies show some simple steps can make a big difference when supporting university students and staff.

Six months after the September 11 attacks, US researchers set out to explore what college students thought of the most common lecturer responses to the tragedy, and which of these students found most helpful. 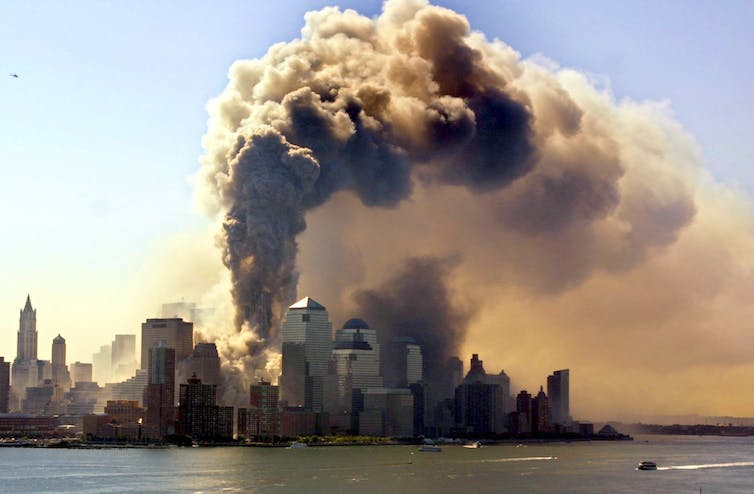 Disasters can have a significant emotional and cognitive impact on learning. (September 11 attacks). Hubert Boesl/DPA

Of the 484 Carnegie Mellon University students surveyed, 62% said their lecturer addressed the attacks. Some lecturers held a one minute silence, or had a brief discussion with their class. Others incorporated the event into the lesson or decided to do a class project. Some lecturers offered to talk privately with students or made a point of asking after the well-being of their families and friends.

Acknowledging a disaster in a way we are comfortable with can build emotional well-being and resilience.

Read more: A familiar place among the chaos: how schools can help students cope after the bushfires

When asked what teaching approaches they found most helpful, 78% of students appreciated when their lecturer mentioned ways to support emergency relief efforts. And 69% said they found coping strategies such as being offered an extension on an assignment or being excused from class particularly helpful.

The general conclusion from the students’ perspective was to “do something, just about anything”.

During a 44-day period in 2004, four hurricanes (Charley, Frances, Ivan and Jeanne) raged through Florida, USA at the beginning of the autumn teaching semester. They destroyed homes, businesses, college campuses and roadways. 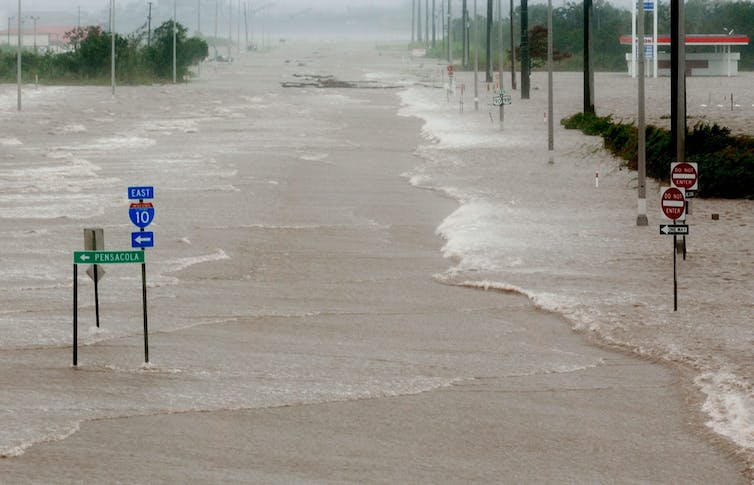 Many college students surveyed had lost their residences after the hurricane. (Hurricane Ivan, 2004). ERIK S. LESSER/AAP

One study examined stress among 107 college students who had been exposed to natural disasters after Hurricane Charley and Frances. Researchers also looked at adjustments made by two faculty members in attempts to reduce student stress while maintaining academic standards.

Read more: Bushfires can make kids scared and anxious: here are 5 steps to help them cope

Most (63%) students said they experienced moderate to extremely high levels of stress after the disaster. Half of those surveyed indicated they suffered lost wages or income and 65% sustained some damage to their residences.

Fewer than 12 hours after the Canterbury earthquake in New Zealand, the University of Canterbury activated a communication strategy. It provided its 15,830 students with support and logistics information, such as daily road closures. 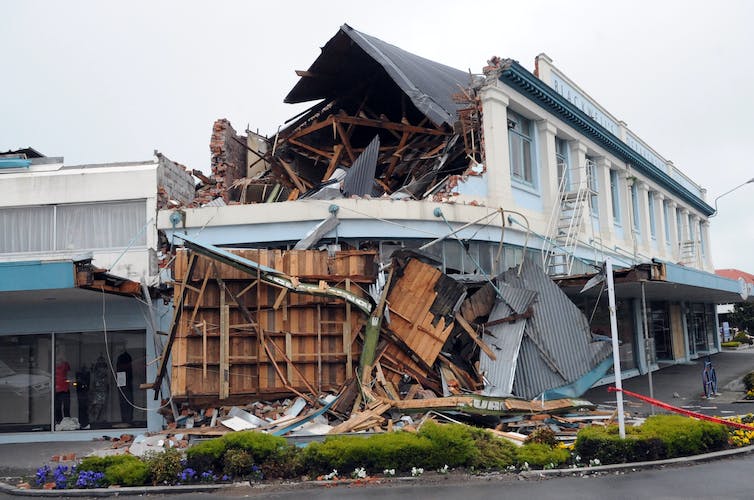 The University of Canterbury activated a communication strategy less than 12 hours after the earthquake hit. Ross Setford/AAP

Six weeks after the earthquake, 3,571 university students had completed a survey to gauge their well-being and the role of the communication provided.

Most students (more than 75%) said the earthquakes had some, or a significant, effect on their study. But the majority (93%) reported feeling “OK again” at the time they completed the survey.

Read more: Massacre is now part of Christchurch's identity, so how does a city rise above that?

Nearly all students (97%) were satisfied with the news and updates provided by the university, particularly the regularity of website updates, the daily emails, and the fact the information was always current. Suggestions for improvement included using text messaging and radio updates.

Nearly all (95%) students reported being satisfied or very satisfied with the communication they received from the university.

It doesn’t have to be complicated

While each of these disasters unfolded and impacted students and university staff in different ways, the studies show a lecturer’s response doesn’t need to be complicated. It can be as much as acknowledging a tragic event has occurred, showing support and empathy and offering flexibility. 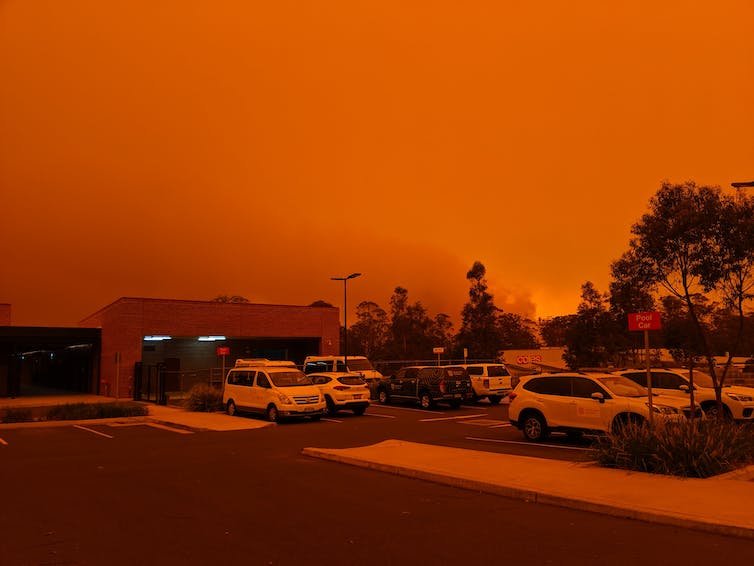 As academic staff, we also need to acknowledge the impact of the crisis on ourselves by adjusting our expectations of self. For instance, we may need to triage how we spend our time, identifying things that need our attention and others that can wait. Or we could consider talking with family, friends or joining a support group.

Many universities offer support and resources for staff, students and communities in times of crisis. Consider contacting the university counselling centre for support, whether personal or in the classroom.

This article was written with the assistance of Phillip Ebbs and Patrick Edsall.

Information sheets about taking care of yourself after the bushfires can be found at the Australian Psychological Society.