This system effectively limits public school enrolment to where people can afford to live. Schools in disadvantaged areas often suffer poor resourcing or other issues. This entrenches disadvantage and makes it more difficult for families to break out of the cycle of poverty.

Countries like the US and the UK use transfer systems to ensure children in lower socio-economic areas have better access to schools of their choice. We have developed a model of how this could work in Australia.

Parents and students might prefer a school that isn’t their local for many reasons. These include being close to work or grandparents, wanting access to specialised programs in areas such as sport or drama, or better safety along with higher academic results.

But schools’ processes of considering these applications are not transparent and there is no regulated mechanism to ensure consistency.

Read more: Choosing a school for your kid? Here's how other Australian parents do it

In Australia, local public schools enrol around 60% of all students. As a 2016 Centre for Policy Development report argued, school equity in Australia is in decline

especially in metropolitan areas, and among secondary schools. A child’s background is having a greater impact on their ability to succeed at school.

A more regulated and carefully balanced exchange process could address this problem and avoid exacerbating inequalities.

My colleagues Professor Fuhito Kojima from Stanford University and Associate Professor M. Bumin Yenmez from Boston College and I have developed a new system for school transfers that would improve the ability for students to transfer across catchment areas.

How it would work

Under our system, a centralised authority, such as an education department, would use admission rules that assign students to schools based on specific policy goals, such as increasing diversity and enhancing student welfare. 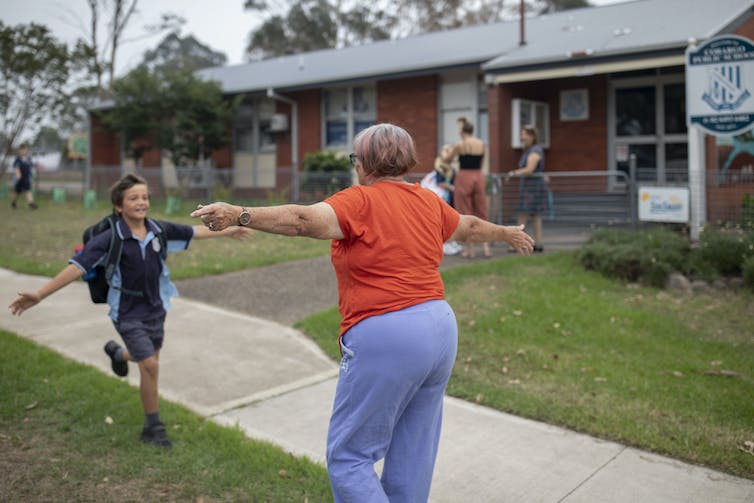 Parents and students should have better options to attend public schools of their choice. SEAN DAVEY/AAP

Parents and children interested in attending a school other than their catchment school can apply to a central register and list their preferred schools. The register would include information about the student’s socio-economic status and diversity, as well as other potential qualifiers such as having a sibling at the school.

The system would identify the places available at the schools of choice and allocate these according to admission rules. Each student would be either matched with one of their preferred schools or their catchment school. This way, no student would be worse off by participating.

This system would create a balanced (or near balanced) exchange so each school would receive the same (or similar) number of students it would send to others. This would ensure a school’s funding, which is based on student numbers, doesn’t drop.

Other countries do this

Public school systems give parents a greater say in other countries such as the UK and US. There are often up to four or five local schools in a catchment area and families have the opportunity to enrol their kids across school districts.

Read more: Educational disadvantage is a huge problem in Australia – we can't just carry on the same

Government policymakers in Australia should consider the potential to implement a fair, transparent and equitable school transfer system to increase school choice and provide better educational opportunities for disadvantaged students.