In 2017 and 2018 I walked the equivalent of 28 marathons in the scorching Western Australian outback. Why, you ask? To assess how some of Australia’s largest lizard species interact with restored mines.

As part of my PhD research, I hiked in often extreme heat on a mine site in WA’s sparsely populated Mid West region. My fieldwork was both physically and mentally demanding, as I spent many hours each day walking through the bush looking for signs of monitor lizards.

Being in a remote location and mostly alone, I had plenty of time to ponder the wisdom of my career choice, particularly on days when temperatures exceeded 40℃ and not even the lizards ventured from their homes.

Pushing through these mental challenges was difficult at times, but my work has provided me with some of my most rewarding experiences. And what I discovered may be crucial for restoring habitats destroyed by mining.

Habitat loss is a leading cause of biodiversity loss worldwide. Although mining typically has a smaller environmental footprint than other major industries such as agriculture or urbanisation, roughly 75% of active mines are on land with high conservation value.

Read more: Afterlife of the mine: lessons in how towns remake challenging sites

There are around 60,000 abandoned mines in Australia, but very few of them have been officially closed. How to restore them is a growing public policy problem. 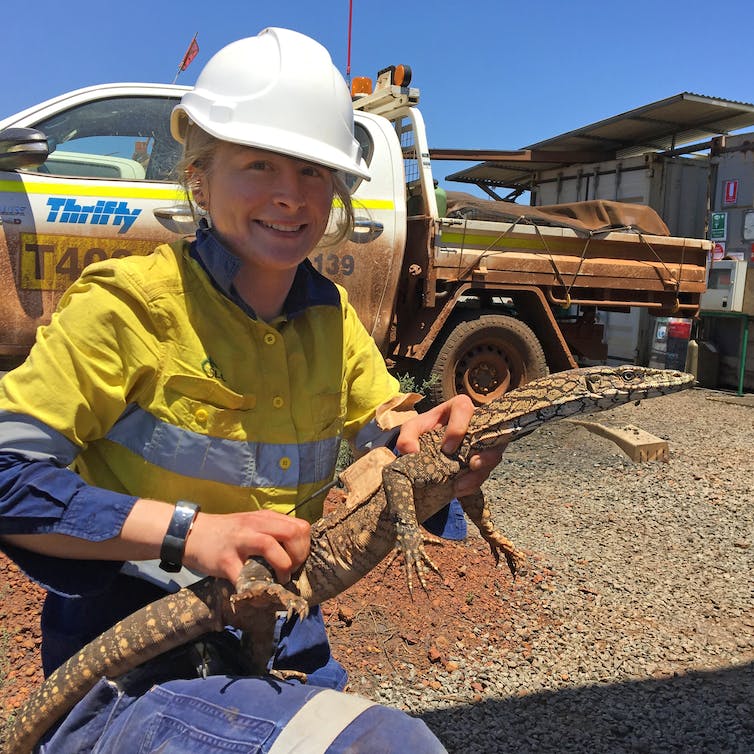 Sophie Cross walked more than 1,200km and tracked a young-adult perentie to find out whether they were using a restored mining area. Author provided

Recovering biodiversity can be an exceptionally challenging task. Animals are vital to healthy ecosystems, yet little is understood about how animals respond to restored landscapes.

In particular, reptiles are often overlooked in assessments of restoration progress, despite playing key roles in Australian ecosystems.

Do animals return to restored habitats?

I wanted to know whether restored habitats properly support the return of animals, or whether animals are only using these areas opportunistically or, worse still, avoiding them completely.

To study how reptiles behave in restored mining areas, I hand-caught and tracked a young adult perentie. The perentie is Australia’s largest lizard species, growing to around 2.5m in length, and is an apex predator in arid parts of the country.

I tracked the lizard for three weeks to determine whether it was using the restored area, before the tracker fell off during mating. 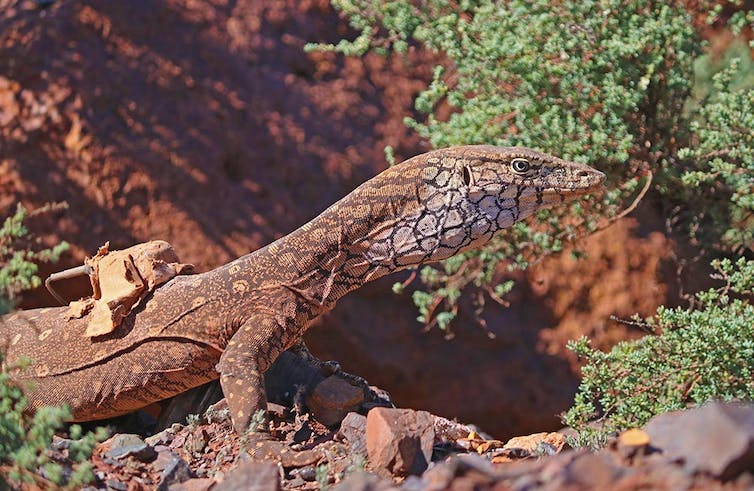 The tracking device revealed how the perentie navigated a restored mine, before it fell off during mating. Author provided

Previous methods of tracking assume the animal used all locations equally. But I used a new method that measures both the frequency with which animals visit particular places, and the amount of time they spend there. This provided a valuable opportunity to assess how effective restoration efforts have been in getting animals to return.

My research, published this week in the Australian Journal of Zoology, shows that while the perentie did visit the restored mine, it was very selective about which areas it visited, and avoided some places entirely. The lizard went on short foraging trips in the restored mine area, but regularly returned to refuge areas such as hollow logs. 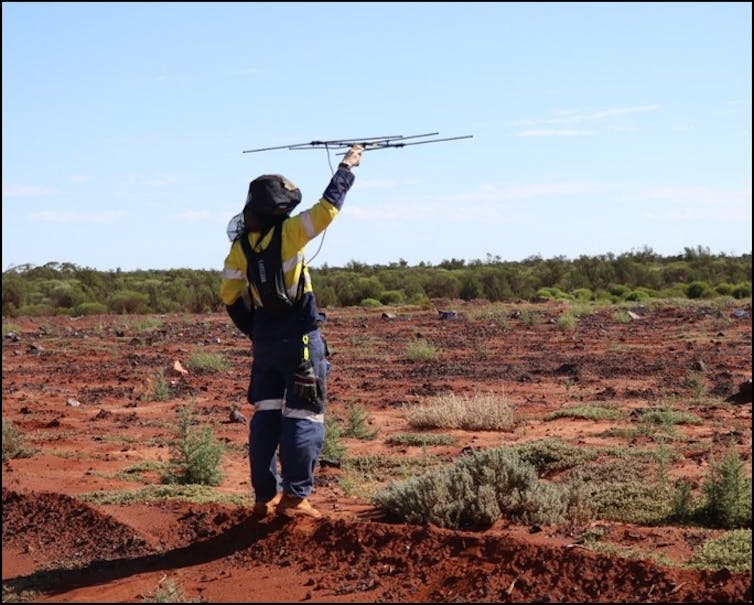 The method used GPS and a VHF tracking antenna to follow the perentie. Author provided

This is because hot, open landscapes with minimal refuges present high risks for reptiles, which rely on an abundance of coverage to regulate their body temperature and to avoid predators. Such costs may make these areas unfavourable to reptiles and limit their return to restored landscapes.

Read more: Why we're not giving up the search for mainland Australia's 'first extinct lizard'

How can we help reptiles move back into restored areas?

Restored landscapes often lack key resources necessary for the survival of reptiles. As vegetation can require a long time to reestablish, returning fauna refuges like hollow logs and fauna refuge piles (composed of mounds of sand, logs, and branches) could be crucial to aiding in the return of animal populations.

My research team and I have called for animals to be considered to a greater extent in assessments of restoration success. In the face of increasing rates of habitat destruction, we need to understand how animals respond to habitat change and restoration.

Failing to do so risks leaving a legacy of unsustainable ecosystems and a lack of biodiversity.