The Nationals’ internal turmoil has created further chaos in the Coalition, with rebel backbencher Llew O'Brien defying the government to win a House of Representatives vote for deputy speaker – a day after quitting his party.

Labor had 64 votes, with the other 11 votes in the secret ballot coming from a combination of crossbenchers – of whom there are six - and dissident Nationals. If all the crossbenchers voted for O'Brien, that meant he got five Nationals votes.

In the chamber, Scott Morrison and Nationals leader Michael McCormack were forced to swallow their fury at the government’s public humiliation and congratulate O'Brien.

McCormack, who held his position last week in face of Barnaby Joyce’s challenge, has been further weakened by the latest shenanigans.

With the minor party deeply split and its rebels out of control, and hard line Nationals and moderate Liberals exchanging shots over coal, the government is distracted and risks being destabilised.

Read more: View from The Hill: Michael McCormack's battle to hold off a second shot from Joyce's locker

O'Brien’s extraordinary 24 hours began with his indicating he was resigning from the Nationals, during a Sunday row with McCormack.

But he remains a member of the Queensland Liberal National Party. Under this arrangement he won’t attend the Nationals party room but will go to the Coalition party meetings.

A former policeman who holds the Queensland seat of Wide Bay, O'Brien said he did not know Labor would nominate him for the post of deputy speaker, which became vacant with the appointment of Kevin Hogan to the frontbench. (Hogan, incidentally, moved to the crossbench during the last parliament, sitting as an “independent National” while remaining in the National party. He moved back to the government benches after the election.)

O'Brien’s elevation brings him a pay rise of some $42,000, additional travel entitlement and an extra staffer.

After winning the ballot, O'Brien said he would be meeting the PM on Monday night and “firming up” his arrangements to stay within the government. 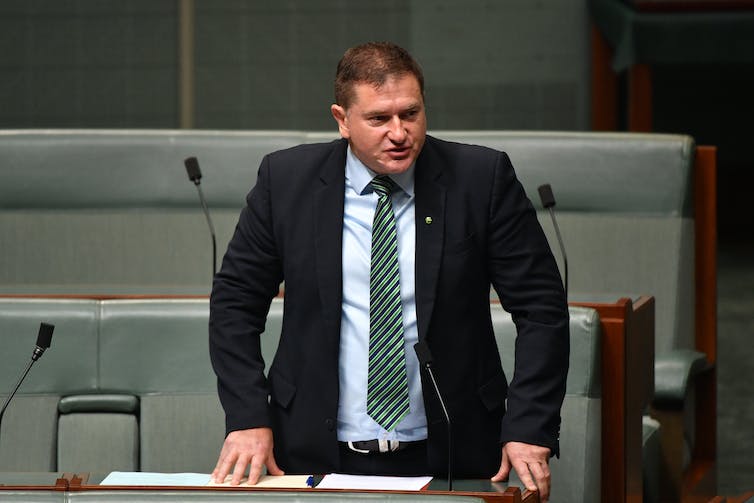 Mick Tsikas/AAP Asked whether he’d be crossing the floor on legislation, he said: “I consider legislation, all legislation when it comes before me. The people of Wide Bay have sent me here to do the right thing by them. "I’ve got a strong track record when it comes to standing up - I was the person that told the Prime Minister in the last term that I would support a royal commission into the banks,” he told Sky. In a sign of how dysfunctional McCormack’s party room has become, Ken O'Dowd – who is deputy whip and thus supposedly has a role in enforcing discipline – told the ABC he voted for O'Brien. O'Dowd explained this by saying that like him, O'Brien was a Queenslander, and Queenslanders were under-represented on McCormack’s frontbench. “Fortune favours the brave. … Good on the underdog.” O'Dowd ran unsuccessfully against Drum at Monday’s Nationals meeting to be the government’s nominee for the deputy speakership. He said Joyce had been planning to nominate him for the position when the parliamentary vote came but he had told Joyce not to do so, in the name of unity. He also indicated he would like to see Joyce leader “one day, if the chips are right”. Meanwhile the “coal wars” flared, fuelled by the government’s weekend confirmation of the feasibility study for a coal-fired power station in Queensland and the allocation of $4 million for it. Liberals Dave Sharma and Trent Zimmerman said the government should not fund a coal-fired power station. Queensland National and former resources minister Matt Canavan, who resigned from cabinet last week to support Joyce’s tilt at the leadership, tweeted, “I see some are saying that we should not help coal fired power stations provide jobs because we should leave it to the market. Well if that’s the view be consistent and argue against the billions we give to renewables every year!” 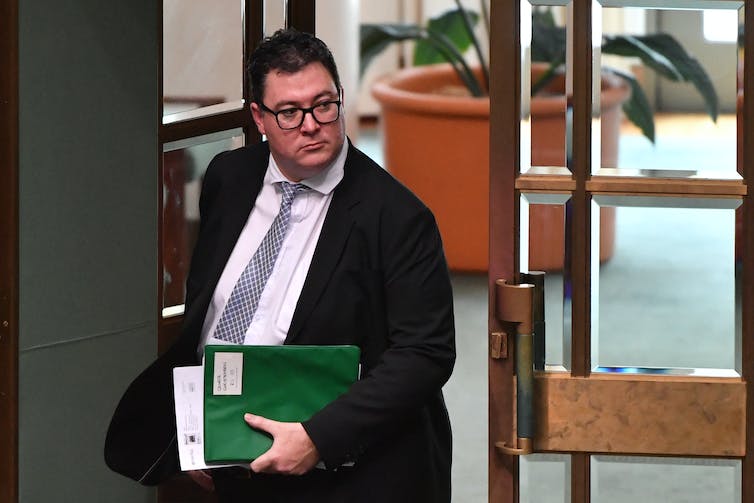 Mick Tsikas/AAP George Christensen, another National from Queensland, said in a blog, “Despite claims by one inner-city Liberal MP on Sky News this morning, the Morrison Liberal National Government is providing funding to coal-fired power projects, principally because they provide stable and reliable baseload supply. "When the Collinsville clean coal-fired power project is ready to be constructed, it will be eligible for consideration under the Morrison Liberal National government’s Underwriting New Generation Investments program, which supports targeted investment that will lower prices, increase competition and increase reliability in the energy system.” Just to add to the toxic day, Malcolm Turnbull – in Canberra for the Widodo speech to parliament - had a few succinct thoughts to contribute. “The fundamental economic reality is this … there is no economic basis on which to build a coal-fired power station in Australia any longer. … Those people who are advocating that the government should fund coal-fired power are basically making a case for higher emissions and higher energy prices and that is nuts.” He might have added that what’s going on inside the Nationals is pretty much nuts too.