As the brutal reality of climate change dawned this summer, you may have asked yourself a hard question: am I well-prepared to live in a warmer world?

There are many ways we can ready ourselves for climate change. I’m an urban forestry scientist, and since the 1980s I’ve been preparing students to work with trees as the planet warms.

In Australia, trees and urban ecosystems must be at the heart of our climate change response.

Governments have a big role to play – but here are five actions everyday Australians can take as well.

Read more: Go native: why we need 'wildlife allotments' to bring species back to the ‘burbs

1. Plant trees to cool your home

At the current rate of warming, the number of days above 40℃ in cities including Melbourne and Brisbane, will double by 2050 – even if we manage to limit future temperature rises to 2℃.

Trees can help cool your home. Two medium-sized trees (8-10m tall) to the north or northwest of a house can lower the temperature inside by several degrees, saving you hundreds of dollars in power costs each year. 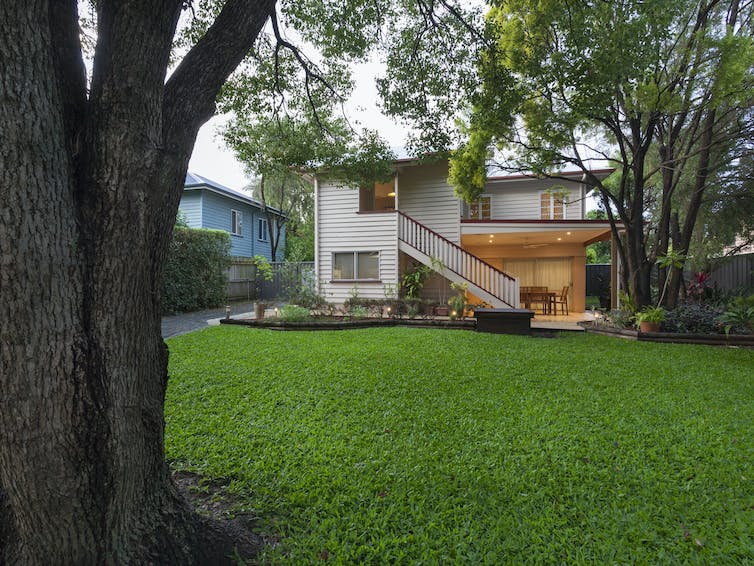 Trees can cool your home by several degrees. Shutterstock

Green roofs and walls can reduce urban temperatures, but are costly to install and maintain. Climbing plants, such as vines on a pergola, can provide great shade, too.

Trees also suck up carbon dioxide and extend the life of the paint on your external walls.

Climate change poses a real threat to many street trees. But it’s in everyone’s interests to keep trees on your nature strip alive.

Adequate tree canopy cover is the least costly, most sustainable way of cooling our cities. Trees cool the surrounding air when their leaves transpire and the water evaporates. Shade from trees can also triple the lifespan of bitumen, which can save governments millions each year in road resurfacing.

Tree roots also soak up water after storms, which will become more extreme in a warming climate. In fact, estimates suggest trees can hold up to 40% of the rainwater that hits them.

But tree canopy cover is declining in Australia. In Melbourne, for instance, it falls by 1-1.5% annually, mainly due to tree removals on private land. 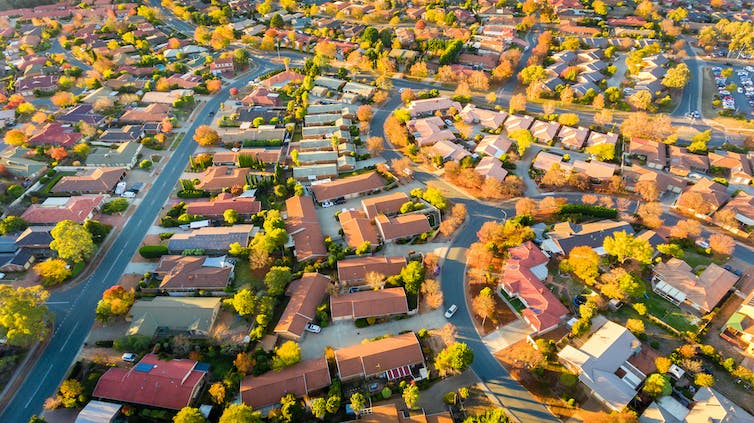 Governments are removing trees from public and private land at the time we need them most. Shutterstock

This shows state laws fail to recognise the value of trees, and we’re losing them when we need them most.

Infrastructure works such as level crossing removals have removed trees in places such as the Gandolfo Gardens in Melbourne’s inner north, despite community and political opposition. Some of these trees were more than a century old.

So what can you do to help? Ask your local council if they keep a register of important trees of your suburb, and whether those trees are protected by local planning schemes. Depending on the council, you can even nominate a tree for protection and significant status.

But once a development has been approved, it’s usually too late to save even special trees.

Outside cities, we must preserve remnant vegetation and revegetate less productive agricultural land. This will provide shade and moderate increasingly strong winds, caused by climate change.

To help, work with groups like Landcare and Greening Australia to vegetate roadsides and river banks.

Climate change is bringing earlier fire seasons and more intense, frequent fires. Fires will occur where they hadn’t in the past, such as suburban areas. We saw this in the Melbourne suburbs of Bundoora, Mill Park, Plenty and Greensborough in December last year.

It’s important to have a fire-smart garden. It might seem counter-intuitive to plant trees around the house to fortify your fire defences, but some plants actually help reduce the spread of fire – through their less flammable leaves and summer green foliage – and screen your house from embers.

Depending on where you live, suitabek trees to plant include crepe myrtle, the hybrid flame tree, Persian ironwood, some fruit trees and even some native eucalypts. 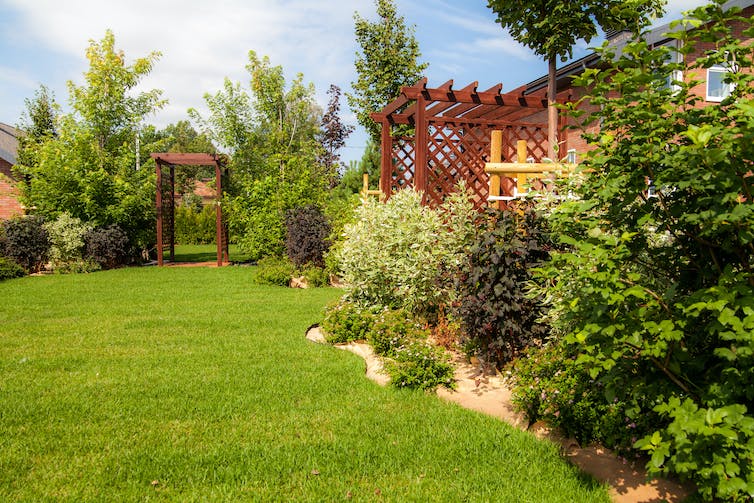 Gardens play a role in mitigating fire risk to your home. Shutterstock

If you’re in a bushfire-prone area, landscape your garden by strategically planting trees, making sure their canopies don’t overhang the house. Also ensure shrubs do not grow under trees, as they might feed fire up into the canopy.

And in bad fire conditions, rake your garden to put distance between fuel and your home.

5. What if my trees fall during storms?

The fear of a whole tree falling over during storms, or shedding large limbs, is understandable. Human injury or death from trees is extremely rare, but tragedies do occur.

Make sure your trees are healthy, and their root systems are not disturbed when utility services such as plumbing, gas supplies and communication cables are installed.

Coping with a warming world

Urban trees are not just ornaments, but vital infrastructure. They make cities liveable and sustainable and they allow citizens to live healthier and longer lives.

For centuries these silent witnesses to urban development have been helping our environment. Urban ecosystems depend on a healthy urban forest for their survival, and so do we.