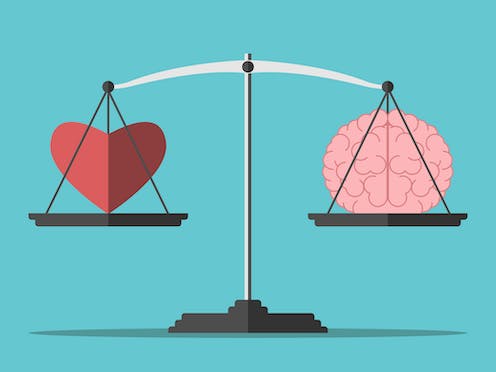 The ability to understand emotions contributes almost as much to students’ grades as their IQ.

IQ scores explain about 15% of the differences between students’ grades. Conscientiousness, such as having the diligence to do enough study, explains about 5%.

What is emotional intelligence?

Others also include character traits such as optimism, impulse control and the ability to motivate yourself. This is called “mixed emotional intelligence” because it is a mix of abilities and character traits.

Read more: Children benefit when taught social and emotional skills – but some methods are better than others

Others tested emotional intelligence directly by measuring participants’ emotional abilities with skill-based tasks. For example, test takers might be asked to identify which emotion is expressed in a face. 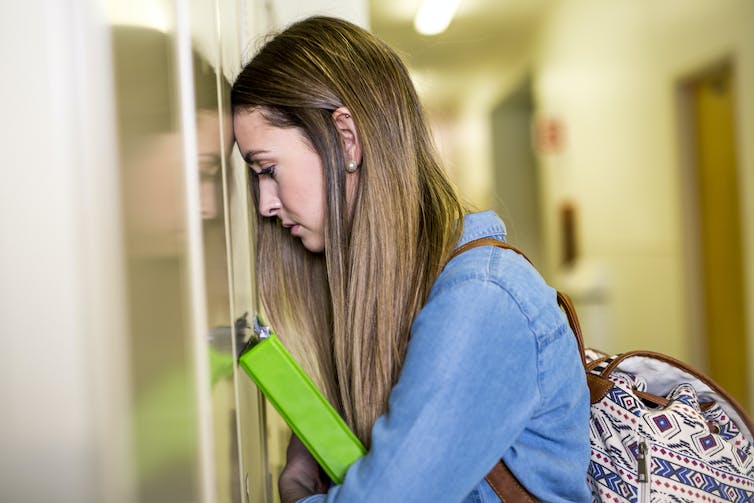 Students who understand emotions also know how to regulate their emotions in a stressful situation. Shutterstock

Students who can understand emotions can accurately label their own and others’ emotions. They know what causes emotions, how emotions change and how they combine. Students who can manage emotions know how to regulate their emotions in a stressful situation. They also know what to do to maintain good social relationships with others.

We applied a statistical technique called meta-regression to examine what the effect of emotional intelligence would be if everyone had the same level of conscientiousness and intelligence.

For students who had the same levels of conscientiousness and intelligence, emotional intelligence was still linked with higher academic performance.

For students with the same levels of intelligence and conscientiousness:

Why is emotional intelligence linked to good grades?

There are at least three reasons why we believe emotional intelligence relates to higher academic performance.

First, students with higher emotional intelligence can regulate their “academic emotions”. Students may feel anxious about tests and performance. They may feel bored when learning required but dull material. And they may feel frustrated or disappointed when they try their hardest but still can’t quite get the hang of a task.

Students who can regulate these tough emotions will achieve more. Anxiety will not impair the test performance. They can push through the boredom and frustration to master dull or difficult material. They can learn from negative feedback or failure rather than be derailed by disappointment.

Second, students with higher emotional intelligence can form better social relationships with their classmates and teachers. They can get help with schoolwork or with social and emotional needs when they need it.

Third, many non-technical academic subjects require an understanding of human emotions and social relations as an inherent part of the subject matter. Analysing universal themes of love and betrayal in Shakespeare plays requires not just verbal skills but emotional knowledge and skill. Analysing the role of charismatic leaders in the rise of fascist regimes likewise requires social knowledge and analysis.

Our results show that teachers, parents and students should focus on student’s emotional skills not just for student’s well-being, but for their ability to succeed academically.