In American sports, the term “shutout” is usually associated with a comprehensive victory over an opposition that has failed to score. Last week, the spread of the coronavirus was such that it almost secured a shutout of sporting events globally.

As many parts of the world move to self-isolation, the International Olympic Committee remains isolated in its resolve to hold what would be the biggest sporting event of 2020, the Tokyo Olympics.

Even US President Donald Trump, whose response to the coronavirus has been heavily criticised as being disdainful and delayed, has asked for the games to be postponed.

Mixed messages have emerged from Japan in recent days. After an Olympic organising official speculated the games could be postponed for one to two years, Prime Minister Shinzo Abe was adamant the Olympics would go ahead as planned this year.

The IOC has also remained resolute the games will go ahead on the scheduled start date of July 24. However, it has scheduled emergency talks with international sporting bodies this week to discuss the actions being taken to respond to the crisis.

This is not a decision to take lightly. Cancelling the Tokyo Games would, by some estimates, reduce Japan’s annual GDP growth by 1.4%.

Time is running out to change plans

The IOC’s response might seem understandable, as there is still plenty of time – more than four months to go before the opening ceremonies.

But that appearance of time is an illusion, for a couple reasons.

First, for thousands of athletes across various sports, the games have, in effect, already begun. A number of qualifying events scheduled for the coming weeks and months have been cancelled or postponed.

While some sports plan to limp on with a limited schedule of events without spectators, the issue for the Olympics is more basic - it simply may not have enough athletes who have qualified to attend.

Second, as governments and sporting bodies around the world have taken increasingly strident measures to suspend seasons and cancel events, the public is likely to see the IOC’s stance as irresponsible and driven by concerns that are selfishly commercial in nature.

Read more: Stadiums are emptying out globally. So why have Australian sports been so slow to act?

This point was made last week by Formula One driver Lewis Hamilton who, exasperated by the dithering over cancelling the Australian Grand Prix, noted pithily that in modern sport “cash is king”.

In this, the juxtaposition last week of the IOC continuing with the traditional Olympic torch-lighting ceremony and torch relay, while at the same time advising its staff at its Lausanne headquarters to work from home was decidedly odd. 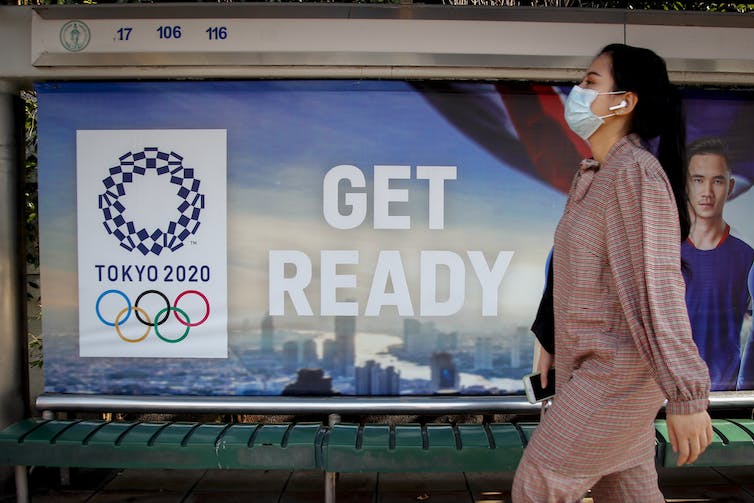 The IOC is holding emergency crisis talks this week to discuss options for the Tokyo games. Diego Azubel/EPA

If, for public health reasons, the IOC does decide to postpone the games, it will have to take into account a range of practical and commercial consequences, including the impact on athletes, ticketing, sponsorship and broadcasting obligations, insurance pay-outs and the wider issue of brand reputation.

It’s worth remembering the IOC is not just any other sporting body. The organisation demands significant public funding from the host countries that stage the games – for the Tokyo Olympics, this is estimated to be A$20.6 billion.

The contract between the IOC and host city is equally demanding.

Of particular note here is clause 71. It says that should any provision of the contract provide undue hardship for the Tokyo organising committee, which could not have been foreseen at the time of signing, it can request the IOC to consider “such changes as may be reasonable in the circumstances”.

The only caveat: these changes “shall not adversely effect the Games or the IOC.” Any changes are also at the ultimate discretion of the IOC, and it is

not obligated to consider, agree or otherwise accommodate such changes.

In short, the decision to cancel or postpone the games is ultimately one for the IOC. And, as other clauses in the contract make clear, any liabilities arising from a cancellation will be borne by the host city’s organising committee. 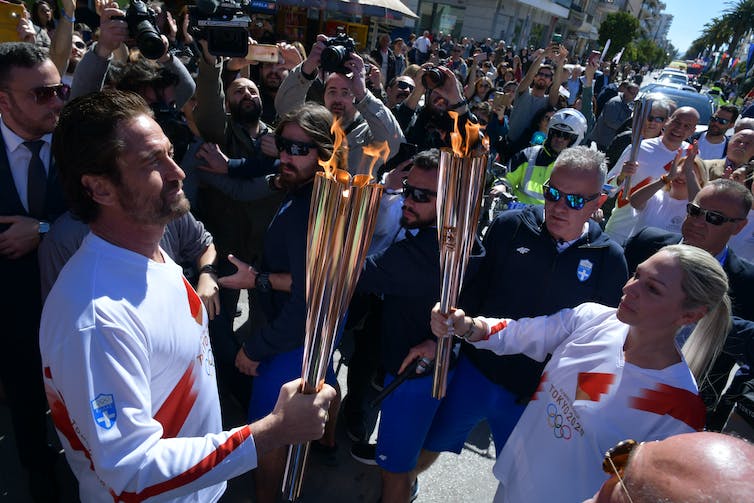 Normally, when a sporting body is forced to cancel a match or suspend a season, it will have to implement cost-cutting measures to offset the loss of gate receipts, refunds for season passes and pre-paid tickets, and potentially, lost revenue from broadcast and sponsorship deals.

One way of cutting costs in sport is to reduce player salaries. The contractual basis for this is a so-called “adverse changes” clause (or force majeure), which deals with sudden, unexpected or unavoidable circumstances that prevent a contract from being completed. These could include natural disasters and presumably a pandemic like coronavirus.

However, the IOC does not have this particular problem. It does not pay athletes.

Where matters get tricky for the IOC is with regard to its sponsors and broadcasting partners. The IOC’s total revenue during the most recent Olympic cycle – the 2014 Sochi Games and 2016 Rio Games – was A$9.3 billion, of which 73% (A$6.8 billion) was from broadcasting and 18% from sponsorships.

Read more: Cancelled matches and growing turmoil: the impact of Covid-19 on the sports industry

The US broadcaster NBC Sports has announced an Olympic record sale of more that A$2 billion in advertising for Tokyo 2020. If the broadcasters and sponsors do not get what they have paid for, there will be significant pressure on the IOC to compensate them.

The extent of the IOC’s legal and commercial exposure will depend on the presence or interpretation of force majeure clauses in the various contracts.

The IOC has also taken out an insurance policy estimated at around US$800 million for the summer Olympics, which would cover most of its losses in case of cancellation.

The Tokyo organisers were also obliged to take out insurance under the host city contract. Other entities linked to the games, from sponsors to hotels, also take out insurance, though they may not be fully covered for all losses.

The IOC has few other options short of cancellation. An event of this size is unlikely to be moved at the last minute, and postponing the games until later in the year would be a scheduling nightmare for broadcasters.

This means that postponing the games for a year or two is the most likely eventuality at this point.

One final point of consideration for the IOC is that of brand recognition.

Already concerned about the ageing demographics of Olympic television viewers – the median age of viewers in the US is mid-50s – the IOC has recently sought to include new sports in the games, such as skateboarding and surfing for Tokyo 2020.

The IOC is determined that in a crowded sporting calendar, the games remain relevant. And the answer to the question, “If the Olympics were not held this year would they be missed?” is not as straightforward as it was in the past.

So, the concern is that if the games are cancelled, viewers might not come back in the same numbers in two years, or even four years, to watch again.

As such, coronavirus may not just impact the Tokyo games this summer – it could have even more devastating and far-reaching effects for the world’s largest sporting event. And whether host cities would so readily sign up in the future, knowing the risks, remains to be seen.