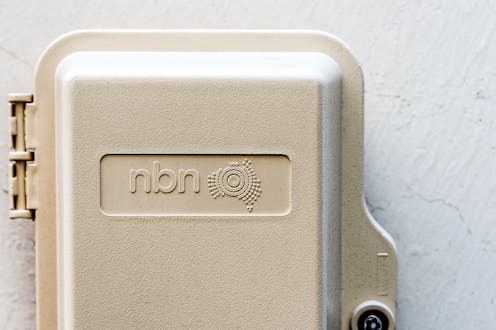 Telecommunication providers are taking positive steps to meet consumers’ demands in the wake of the COVID-19 pandemic. As a result, the National Broadband Network (NBN Co) is being urged to reduce its wholesale broadband charges for these providers.

Companies such as Telstra and Optus offer broadband plans over the NBN, purchasing broadband...

Telecommunication providers are taking positive steps to meet consumers’ demands in the wake of the COVID-19 pandemic. As a result, the National Broadband Network (NBN Co) is being urged to reduce its wholesale broadband charges for these providers.

Companies such as Telstra and Optus offer broadband plans over the NBN, purchasing broadband data from the NBN at wholesale prices, which they then distribute to customers. In this time of crisis, the NBN should slash its wholesale prices. This will enable providers to purchase the extra data needed to meet demand as the country adopts widespread social-distancing.

Several media outlets have covered how data usage over the NBN is expected to boom as more people self-isolate, and start working and studying from home.

Unfortunately, at a time when Australians are depending on the NBN for high speeds and reliable connections for telework and remote education, many people may be let down.

Communications representatives from both sides of government have acknowledged the virus’s spread will lead to hoards of people becoming reliant on the web for work and study.

This will lead to increased online traffic, slower internet speeds and higher wholesale costs for providers serviced by the NBN, limiting the amount of extra data these providers can purchase.

Read more: Working at home to avoid coronavirus? This tech lets you (almost) replicate the office

On Monday the federal government reported the NBN had experienced a “modest increase of around 6% throughout the day and at peak times,” in comparison to figures predating COVID-19’s spread.

Looking forward, the network expects busy hour traffic, typically between 6pm to 9pm, to increase by up to 40%, in line with other countries’ experiences. In Italy, data shared with NBN by Telecom Italia showed Italy’s busy hour traffic had increased by about 26%.

In Australia, the coalition government’s 2013 decision to move to a copper-based multi-technology mix NBN, instead of Labor’s all fibre network with Fibre to the Premises (FTTP), has seen Australia fall down the global broadband rankings. Fibre to the Premises is when fibre optic lines run from the nearest available node directly to a premises.

Currently, low quality streaming over the NBN occurs for two reasons. Firstly, because of the NBN’s high data charges for service providers, and also because of the second-rate multi-technology mix infrastructure. And this will only worsen as more people adhere to social-distancing and isolation measures.

Entertainment and sport streamed over the NBN is often streamed at a resolution of 576p rather than the high-definition 1080p or 4K. Frustrated viewers are left watching media at a quality similar to old analog television, due to the NBN’s use of obsolete, slow and unreliable technology since 2014, under the coalition government.

Read more: Coronavirus could spark a revolution in working from home. Are we ready?

Media streaming companies including Foxtel have also complained their poor streaming quality is a result of this.

NBCUniversal said, in reference to social-distancing and smaller audiences expected at cinemas: “current circumstances have made it more challenging to view our films”.

Unfortunately for Australians, even if we can get new movies over the NBN the same day they’re released, we could be stuck with poor quality and congestion during peak times.

Our neighbours set an example

In New Zealand, an FTTP rollout has been progressing since 2012. Connections to Chorus UFB broadband (New Zealand’s NBN equivalent) cost a flat monthly fee for service providers, don’t incur a data usage charge, and have no data usage limits.

This has allowed companies to quickly respond to the pandemic, and they have begun offering extra content free of charge. For instance, Spark Sport is providing its six sports channels and on-demand offerings at no charge for existing and new customers until May.

In a statement, NBN Co chief executive Stephen Rue said the company was working with retailers to “do everything possible to optimise the NBN to support the expected increase in residential use”.

On Tuesday, when asked if there would be cost subsidies for retailers or consumers, Rue told the ABC the NBN was working with retailers, to ensure they be provided with “the capacity they need”.

The NBN published a guide on working from home during the pandemic. It highlights the need for broadband consumers to purchase an NBN plan that offers the right speed necessary for their internet activities.

NBN, now’s the time to show-up for Australians

While the NBN is set to benefit from the extra data usage during the pandemic, Telstra and Optus have taken a positive step by offering customers additional broadband data and internet access, free of charge.

Moreover, Telstra home broadband users will have unlimited data from this Thursday until 30 April. Telstra will be paying NBN a potentially huge amount for this extra data deployment.

For the sake of the public, the NBN should reduce its wholesale data charges during this pandemic. It could look to move to a flat monthly-access fee with no data usage charges, similar to the approach taken in New Zealand.

The good news is, the NBN will probably eventually heed calls to action and lower these charges.

The network is already a lemon, and it’s unlikely the NBN Co Board will risk the public backlash it will receive, if it’s seen trying to shore up its weak bottom line at a time of national crisis.