The High Court today granted Cardinal George Pell special leave to appeal, and unanimously allowed the appeal. In other words, Pell won. His convictions were quashed and he will be released from prison.

Pell’s prosecution has been socially explosive and legally complex. The cardinal’s convictions by unanimous jury verdicts were a landmark event in Australian history. The High Court’s decision will be, too – both for the legal world and for society more broadly.

For many, it will be impossible to understand how the unanimous jury verdicts of guilty, further supported by a Court of Appeal majority of two judges, can now be overturned.

Civil legal actions against Pell are ongoing, so his legal battles aren’t over yet. More civil lawsuits may well follow, especially after the release of the Royal Commission’s findings about his conduct in Ballarat.

This case is exceptionally complex. It is important for the public to understand the legal process and key issues.

This High Court appeal did not ask whether Pell committed the offences. It asked whether the two majority judges in the Victorian Court of Appeal, in dismissing Pell’s earlier appeal, made an error about the nature of the correct legal principles, or their application.

Here is a summary of the key events.

In 2018, a jury unanimously found Pell guilty “beyond reasonable doubt” of five child sexual offences. This standard of proof is high, but does not require absolute proof. The jury believed the complainant and rejected Pell’s defence.

The Court of Appeal decision

Pell argued the verdicts “could not be supported on the whole of the evidence”. The question for the court was not whether it thought Pell was guilty, but whether (in its opinion after reviewing all the evidence) it was “open to the jury” to be satisfied beyond reasonable doubt the accused was guilty.

As discussed elsewhere, to show the verdict was “not open”, Pell had to meet a very high legal threshold.

Read more: What did the High Court decide in the Pell case? And what happens now?

Jury decisions cannot be undermined without exceptional circumstances. Pell had to show more than the jury “might have” had a reasonable doubt. He had to show the evidence “precluded” a guilty verdict.

When a complainant is credible, and their account is detailed, plausible and consistent, it is difficult to show a jury must have had a reasonable doubt.

To meet the standard of “beyond reasonable doubt”, evidence is assessed as a whole. Every piece of evidence does not itself have to be proved to that standard. It is “open to the jury” to convict even if aspects of the evidence are “imperfect”.

All three Court of Appeal judges thoroughly and independently considered all the evidence. Two judges thought the verdict was open to the jury, and one did not.

In other words, two judges thought it was open to the jury to be satisfied beyond reasonable doubt the accused was guilty – and one did not.

Accordingly, the court dismissed the appeal. 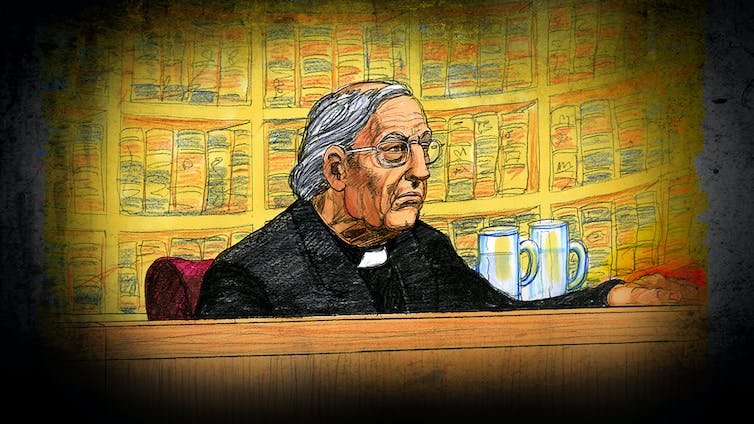 The case goes to the High Court

The High Court allowed “special leave to appeal”. This is unusual, as special leave applications arguing an unreasonable verdict are frequently refused, including in child sexual offence cases.

It can only grant leave if the case involves a question of legal principle, or if – as found here – there’s a question of the administration of justice.

Pell claimed the Court of Appeal misapplied the legal test, causing a miscarriage of justice.

The question for the High Court in whether to give special leave was not whether Pell was guilty, or whether the jury was right.

It was whether the case involved an issue engaging the interests of the administration of justice.

The High Court found the interests of the administration of justice required their involvement. This does not itself indicate any view about Pell’s guilt.

What did Pell argue in the High Court?

Pell argued the Victorian majority judgment’s application of the “open to the jury” test was wrong.

He argued they effectively required him to prove it was impossible for the offending to occur, reversing the onus and standard of proof. He argued the majority’s belief in the complainant was not enough to overcome evidence about lack of opportunity to commit the offences.

Read more: We knew George Pell was guilty of child sex abuse. Why couldn't we say it until now?

He also argued there was sufficient doubt about whether the offending was possible, as the complainant’s account required them to be alone in the sacristy for five to six minutes.

There was enough doubt about this, his legal team argued, that the majority on the Court of Appeal incorrectly found it was open to the jury to find the offending occurred during this period.

The Crown rejected these claims. They argued there was no reversal of the onus of proof, and the majority judges were justified in concluding the evidence about lack of opportunity was not persuasive enough to create a doubt that “obliged” the jury to find him not guilty. 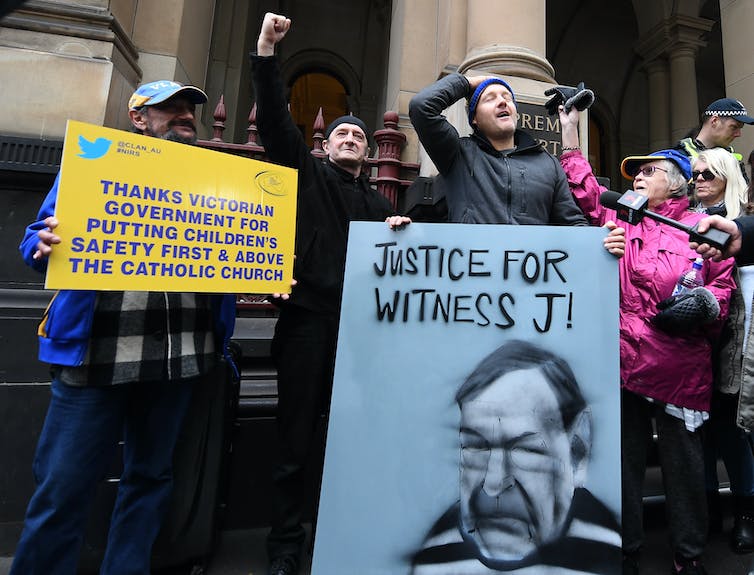 Supporters of abuse victims outside the Victoria Supreme Court building in August. Today’s decision was handed down in a near-empty High Court building. Julian Smith/AAP

Based on their summary reasons, the High Court found the Court of Appeal majority judgment did not apply sufficiently cogent reasoning when it assessed the evidence.

In their full reasons, the High Court concluded an independent assessment of the evidence by the Court of Appeal should have concluded there ought to have been sufficient doubt in the jury’s minds to preclude the verdict from being open.

They found the majority’s judgment failed to consider whether there was a reasonable possibility the offending had not taken place, such that there ought to have been a reasonable doubt as to Pell’s guilt.

They also found that despite the complainant’s credibility and reliability, the evidence of the witnesses required the jury, acting rationally, to have entertained a reasonable doubt as to Pell’s guilt.

It is difficult to reconcile this outcome with the fact this is exactly the conclusion the jury did make. The jury’s conclusion was further supported by the Appeal Court majority judgment’s careful and extensive evaluation of that same evidence.

The High Court has given claims about lack of opportunity an elevated technical legal status that outweighs the jury’s belief in the complainant’s testimony and their evident discounting of Pell’s claimed lack of opportunity. This appears perilously close to retrial by the court.

A jury found the cardinal guilty beyond reasonable doubt of five offences.

In doing so, the jury assessed the testimony and credibility of the complainant. They also considered the strength of the claims made by the cardinal about the timing of his whereabouts, who was with him at the relevant times and whether the offences could have happened.

The jury saw and heard all the evidence, in the context of the trial. It was their legal function to make this decision.

Careful analysis of the full reasoning of the High Court is required to fully assess it. But, for now, this extraordinary outcome is strange justice indeed.

Pell has won today on a legal technicality, but he will continue to be assailed by multiple lawsuits.

In contrast, the complainant has been believed by a jury, by a majority judgment and by a substantial body of public opinion.