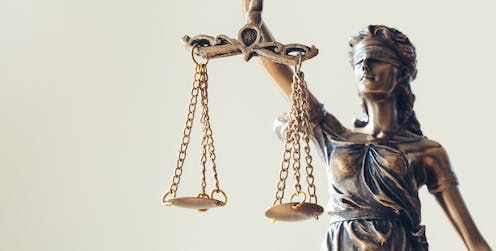 A distinctive feature of the prosecution of Cardinal George Pell is that the former choirboy who accused him of sexual abuse (known in the High Court as Complainant “A”) was regarded as a credible witness by the jury that convicted Pell in 2018 and the majority of the Victorian Court of Appeal that dismissed Pell’s appeal.

The High Court made no express conclusion in relation to “A”, accepting that assessment of witness credibility was a task for the jury.

So how, in these circumstances, could Pell be acquitted? The answer to that question goes to the heart of the prosecution of sexual offences.

Read more: The jury may be out on the jury system after George Pell's successful appeal

The trials of sexual offences are distinctive

Despite many decades of significant law reform, conviction rates in the trials of sexual offences have remained relatively low.

For instance, in addition to under-reporting of such crimes to police and the attrition of cases before trial, the rate of conviction in sexual offence trials in many jurisdictions is lower than for other offences.

In NSW and in the County Court of Victoria, less than half the accused on trial for a sexual offence are found guilty.

These low conviction rates occur because sex offence trials are distinctive from other trials. They are characterised by relatively low levels of guilty pleas and high rates of appeals.

Both these factors contribute to relatively high acquittal rates for those put on trial for sexual offences.

It also means that, unlike victims of other types of crimes, victims of sexual offences are more likely to be required to give evidence at trial.

Consequently, the credibility of complainants often becomes the key issue.

Why are trials for sexual offences so distinctive?

Sexual offences are often perpetrated by men against women. As such, scepticism and frank sexist bias, often previously legally entrenched, affects the investigation and prosecution of these cases.

Additionally, many sexual offences also involve child victims, who are particularly vulnerable in the context of an adversarial criminal trial.

Read more: Juries will soon learn more about people accused of child sex crimes. Will it lead to fairer trials?

Historically, the common law had multiple requirements that effectively undermined the credibility of female and child victims who gave evidence in sexual offence trials.

For instance, convictions could not be obtained on the uncorroborated evidence of a child. In addition, a judge would warn a jury about the danger of convicting a defendant in cases involving a delay in the reporting of the offence.

Contemporary reform has abrogated these laws. However, some critics believe many jurors still hold pro-defendant and anti-victim attitudes in cases like these, contributing to continuing low conviction rates.

These attitudes can make prosecuting sexual offences difficult. If a complainant has consumed alcohol before being sexually assaulted, for instance, police have been found to be less likely to further investigate the case.

Prosecutions are also hampered when there has been a delay in reporting an offence, as this makes it more challenging to gather evidence.

Another long-recognised difficulty in prosecuting sexual offences is the fact the conduct often takes place without any other witness being present.

In this situation, it will essentially be a “he said, she said”-type trial. And in this context, a successful prosecution depends on the perceived truthfulness and reliability of the complainant’s evidence.

Here, again, bias and cultural assumptions come into play. The High Court has noted assessments of credibility based on the demeanour of a witness are highly subjective.

The issue of reasonable doubt

As Pell’s acquittal clearly demonstrates, it’s possible for a court to accept a complainant in a sexual offence case is credible, while simultaneously finding the accused not guilty.

Understandably, many victims and their supporters have found this situation to be paradoxical and unacceptable.

The reason for this goes to the issue of reasonable doubt.

In essence, credible and reliable victims raise the likelihood the offences were perpetrated against them.

In Pell’s case, the majority of the Victorian Court of Appeal found the complainant to be a truthful witness whose evidence appeared to be “entirely authentic”. They dismissed the appeal, concluding the evidence of other witnesses did not require a jury to have reasonable doubt about Pell’s guilt.

However, the dissenting judge on the Court of Appeal and the judges of the High Court gave greater weight to evidence by other witnesses that was unchallenged and inconsistent with the evidence of the complainant.

…notwithstanding that the jury found A to be a credible and reliable witness, the evidence as a whole was not capable of excluding a reasonable doubt as to the applicant’s guilt.

The standard of reasonable doubt is, of course, a high hurdle that must be met. Some research suggests mock jurors find understanding and applying this standard to be particularly difficult in sex offence trials.

Consequently, while many of the historical biases limiting the evidence and credibility of complainants in sexual offence trials have now been formally removed, the criminal standard of “beyond reasonable doubt” remains a demanding standard.

And this means even credible witnesses may find the trial of their accused results in an acquittal.