Significant sections of the final report of the Royal Commission into Institutional Responses to Child Sexual Abuse were released today.

When the report of the world-leading, five-year investigation was presented to the governor-general in December 2017, large sections of three volumes were blacked out. They had been redacted so as not to prejudice a number of ongoing or forthcoming criminal proceedings, including the cases against Cardinal George Pell.

The majority of the redactions related to what Pell knew about accusations of clerical child sexual abuse against various clergy in Ballarat and Melbourne, and what he could and should have done at the time. They remained redacted while he was facing legal action in relation to child sexual abuse allegations against himself.

Victorian police announced they were charging Pell with a series of offences in June 2017. Almost half the charges were dropped due to insufficient evidence, including after the death of one complainant, and another being ruled medically unfit to give evidence.

Pell was convicted in December 2018 of five counts of sexually abusing two boys in St. Patrick’s Cathedral in the 1990s. Additional charges relating to allegations of sexual misconduct in Ballarat were dropped.

Pell’s conviction was upheld on appeal to the Supreme Court of Victoria in June 2019, but overturned in a final appeal to the High Court last month.

In an interview with Sky News commentator Andrew Bolt after his acquittal, Pell said he would “be very surprised if there’s any bad findings against me at all” in the redacted material in the royal commission’s report.

This is not the case.

What Pell should have done in Ballarat

Pell was ordained a priest in 1966, and seven years later was appointed as episcopal vicar responsible for education in the diocese of Ballarat.

Read more: The jury may be out on the jury system after George Pell's successful appeal

Of his time in Ballarat, Pell claimed to have been ignorant of the horrific abuses of the now notorious convicted child sex offender Gerald Ridsdale and Christian Brothers who were teaching in Ballarat schools. 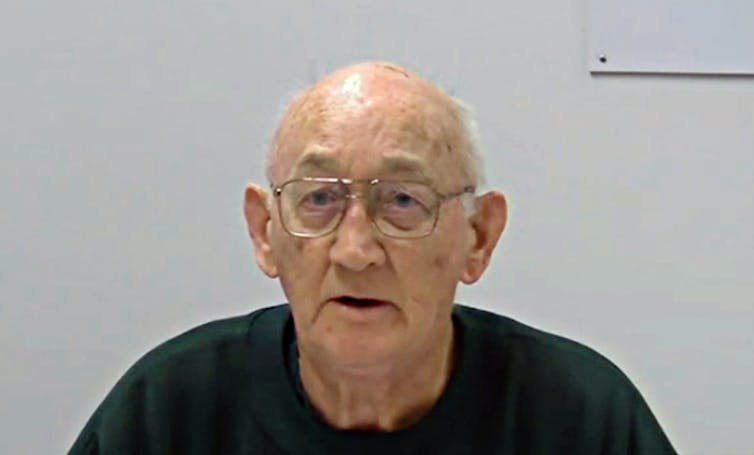 But the royal commission found otherwise, saying they were

satisfied that by 1973 Cardinal Pell was not only conscious of child sexual abuse by clergy but that he also had considered measures of avoiding situations which might provoke gossip about it.

the true reason for moving Ridsdale – namely, his sexual activity with children.

said words to the effect of ‘Don’t be ridiculous’ and walked away.

Pell claimed to have no recollection of these events and did not accept that he had been told of Dowlan’s abuse in 1974.

Pell was appointed auxiliary bishop of Melbourne in 1987. Two years later, he was handed a list of grievances and allegations about a priest, Peter Searson.

The complaints about Searson’s violent, threatening and sexually abusive behaviour are shocking. In his evidence before the commission, Pell accepted that

Father Searson should have been stood down or removed from the parish.

Yet, he simultaneously did not think that it was his place to investigate the allegations against Searson. According to the report,

Cardinal Pell’s evidence was that he could not recall recommending a particular course of action to the archbishop. He conceded that, in retrospect, he might have been ‘a bit more pushy’ with all of the parties involved.

The commissioners are scathing of Pell’s inaction in this case. They rejected that this view could only have come to him “in retrospect”. They wrote:

on the basis of what was known to Bishop Pell in 1989, it ought to have been obvious to him at the time. He should have advised the archbishop to remove Father Searson and he did not do so.

Pell was responsible for “the welfare of the children in the Catholic community of his region” and he failed to take action to secure their safety.

The commissioners describe this case as indicative of

a failure of the system in place to properly respond to complaints, including taking responsible action about those complaints.

Searson died in 2009 without being convicted. The church has paid nearly $300,000 in compensation to his victims.

History no longer blacked out

The now-unredacted report is stark and methodical in documenting Pell’s knowledge of allegations of abuse, and his consistent and repeated failures to report and investigate that abuse. As priest, vicar, bishop and archbishop, he did not do his job to protect the children under his care.

None of the information revealed in the unredacted volumes released today is new. Neither does it transform our understanding of the individual and systemic failures of major institutions like the Catholic Church to respond appropriately to allegations of child sexual abuse.

But it may be some comfort to survivors that the detailed investigation of this horrific history is no longer blacked out, and the full details of the investigation have been made known.