When you’re in a medical emergency, you don’t typically think of calling a statistician. However, the COVID-19 outbreak has shown just how necessary a clear understanding of data and modelling is to help prevent the spread of disease.

One person understood this a long time ago. Were she alive today, Florence Nightingale would understand the importance of data in dealing with a public health emergency.

Nightingale is renowned for her career in nursing, but less well known for her pioneering work in medical statistics. But it was actually her statistical skills that led to Nightingale saving many more lives.

Read more: Florence Nightingale: a pioneer of hand washing and hygiene for health

Nightingale was one of the first female statisticians. She developed an early passion for statistics. As a child she collected shells and supplemented her collection with tables and lists. Nightingale was home-schooled by her father but insisted on learning maths from a mathematician before she trained as a nurse. 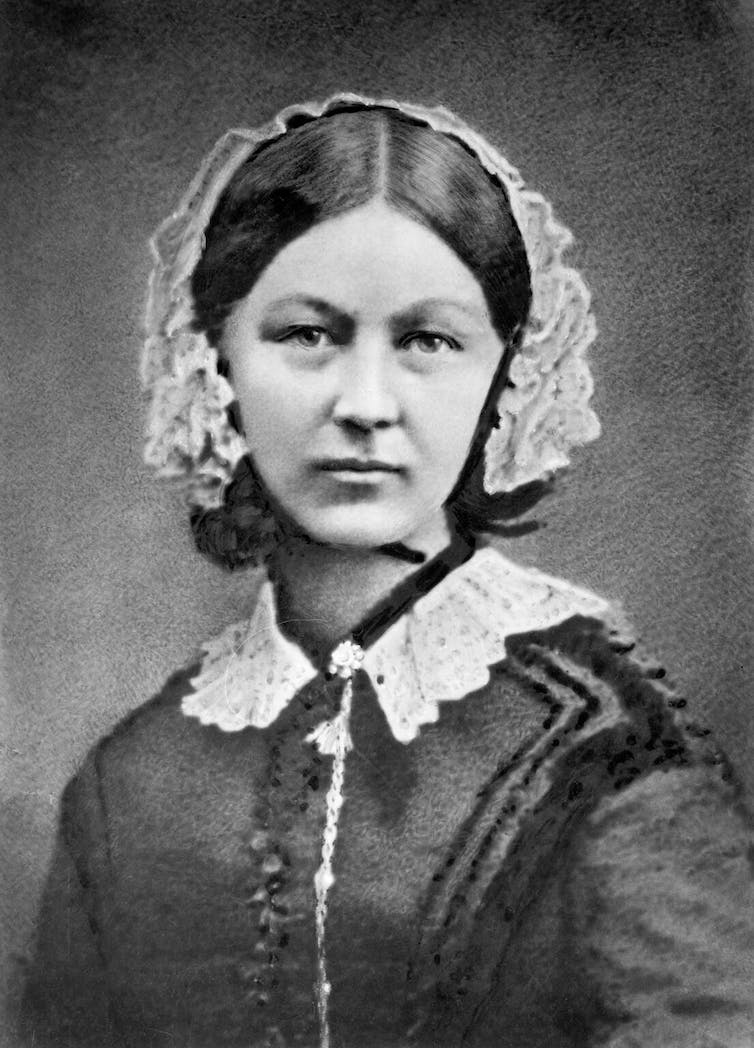 A photo of Nightingale taken circa 1860. Wikimedia Commons

Upon arriving at the British military hospital in Turkey in 1856, Nightingale was horrified at the hospital’s conditions and a lack of clear hospital records.

Even the number of deaths was not recorded accurately. She soon discovered three different death registers existed, each giving a completely different account of the deaths among the soldiers. Using her statistical skills, Nightingale set to work to introduce new guidelines on how to record sickness and mortality across military hospitals.

This helped her better understand both the numbers and causes of deaths. Now, worldwide, there are similar standards for recording diseases, such as the International Classification of Diseases.

The ability to compare datasets from different places is critical to understanding outbreaks. One of the challenges in monitoring the COVID-19 pandemic has been the lack of standardised datasets experts can compare on the number of people infected. This is due to differences in testing rules in different countries.

More than 150 years after Nightingale pointed out the need to standardise datasets before comparing them, we are certain she would have something to say about this.

Read more: From election upsets to climate chaos, rolling the dice helps us appreciate the odds

With her improved data, Nightingale put her statistical skills to use. She discovered deaths due to disease were more than seven times the number of deaths due to combat, because of unsanitary hospital conditions.

However, knowing numbers alone have limited persuasive powers, Nightingale used her skills in statistical communication to convince the British parliament of the need to act. She avoided the dry tables used by most statisticians of the time, and instead devised a novel graph to illustrate the impact of hospital and nursing practice reform on army mortality rates. 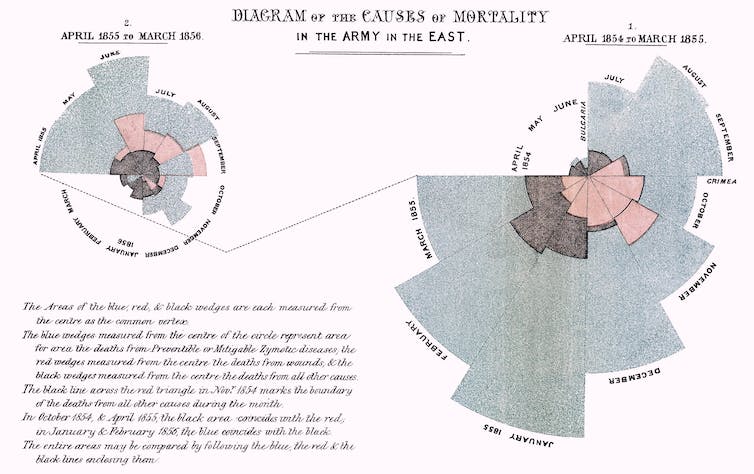 Florence Nightingale’s graph showing deaths due to disease, wounds and other causes in the Crimean War. Wikimedia/commons

Today, graphs remain one of the most effective ways to understand the effects of health care interventions, including those used to illustrate the effectiveness of physical distancing to curb COVID-19’s spread.

Flattening the curve is another way of saying slowing the spread. The epidemic is lengthened, but we reduce the number of severe cases, causing less burden on public health systems. The Conversation/CC BY ND

Florence Nightingale down under

Nightingale may not have travelled much after her wartime experience in Turkey, but she was engaged in improving public health in many countries, including Australia.

She wrote papers on the benefits of pavilion-style hospital building designs, which were later incorporated into Australian hospitals. This style consists of small wings, or pavilions, leading off a central corridor – this is convenient for nursing staff and encourages good ventilation.

In 1868, Lucy Osburn headed the first team of nurses sent to Australia to establish Nightingale-style nursing. One of the team’s first tasks was to nurse Prince Alfred, Queen Victoria’s second son, who had been shot in an attempted assassination.

Nightingale never visited Australia herself, but this did not stop her using her usual tactics of requesting data from her wide network of contacts and drawing conclusions from what she found. She was a prolific correspondent – we have more than 12,000 of her letters, and those are only the ones which haven’t been burned, lost or otherwise destroyed.

Nightingale would surely have embraced 21st-century communication. We can imagine her sitting at her laptop tweeting under the moniker @ladywiththelamp.

A trailblazer for women

In 1858, Nightingale’s achievements in statistics were recognised by the Royal Statistical Society in the UK, when she became the first woman Fellow of the Society.

After Nightingale’s fellowship, it would be more than 100 years before a woman was elected President of the Royal Statistical Society, with Stella Cunliffe’s election in 1975. It was only in 1995 that the Statistical Society of Australia had a woman as president, with the election of Helen MacGillivray.

As in many STEM (Science, Technology, Engineering and Mathematics) disciplines, female statisticians are still fighting for equal recognition. To date, only two women have received the Statistical Society of Australia’s highest honour, the Pitman Medal.

But it’s clear female statisticians are still making headway. In 2019, five major statistical associations had women presidents. Today, on her 200th birthday, Nightingale would have been proud. 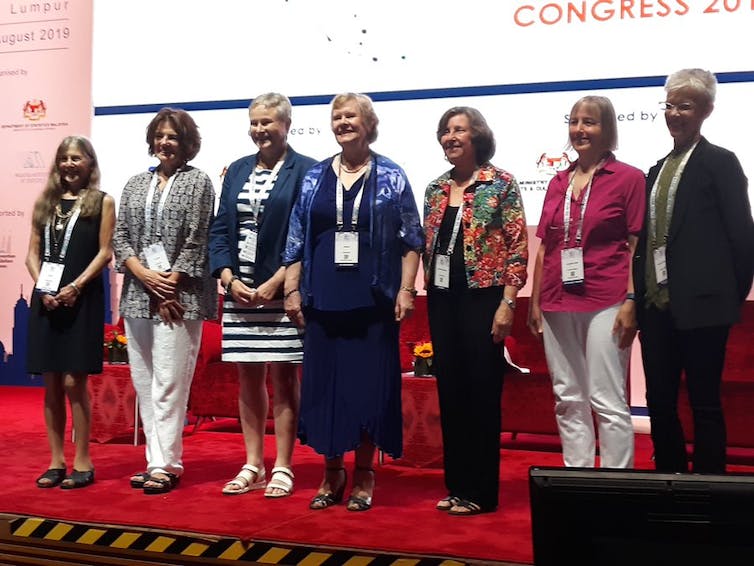