As we’ve been living more closely with families and house mates through COVID-19, the more intensive ways we’ve used our houses has perhaps exposed some of their shortcomings. Households have had relative freedom to interact with each other, but the continual presence of our household has also made us wish part of our house could somehow partition itself into another house – a second house where we might retreat.

Having to work and school from home has highlighted the need for the spaces we share to be more flexible. Occasionally, we need to be able to separate home spaces from each other. We’ve perhaps opportunistically repurposed furniture, made makeshift rooms and stuffed blankets under locked doors in an attempt to renegotiate territories within our house. 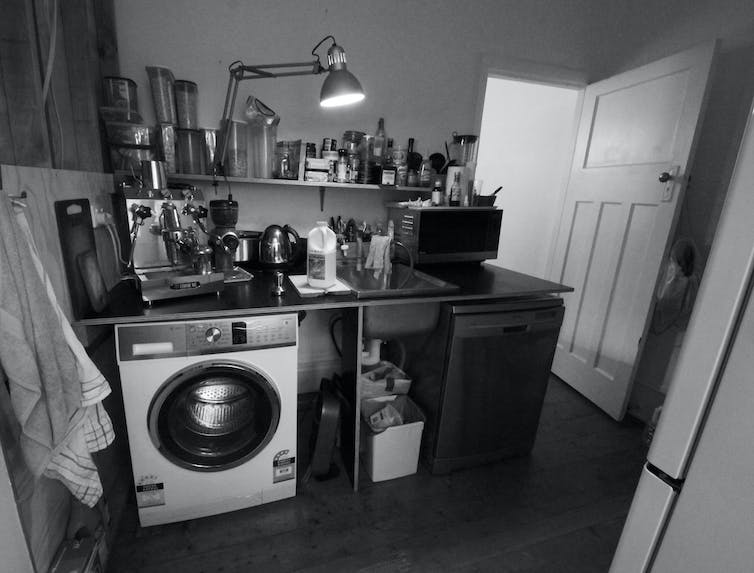 Some of us are already making maximum use of the available space in our homes. Chris Tucker, Author provided

But working in a home office or studio, finding independence as families grow and age, or being able to accommodate extended family and friends, are also usual ways we live in houses. Having a second smaller house, within or attached to the main house, would allow these ways of living to happen in happier ways.

How small a house?

A small house can be designed to feel more spacious than its small floor area suggests. They can make good use of gardens, courtyards and leftover space around a house; use furniture and storage walls to make a small room more usable; use well-designed windows to provide natural light, ventilation and views; and use the volume within a roof for light and a sense of space. 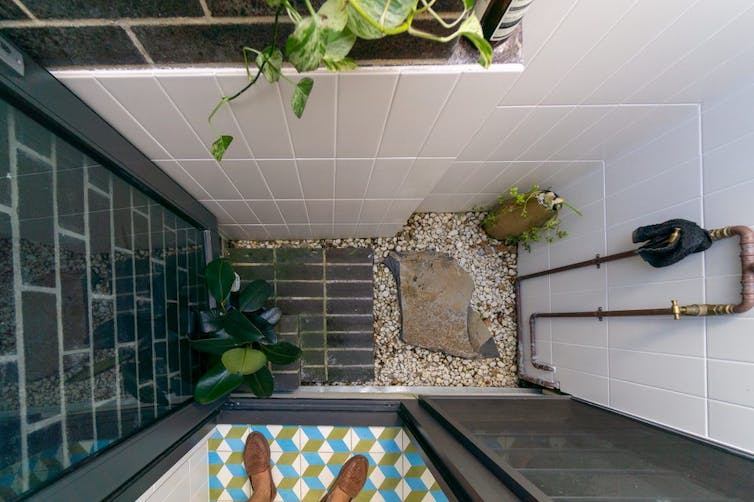 An addition to a home (above and below) in Islington Park, New South Wales, by Curious Practice. Warren Haasnoot, used with permission, Author provided 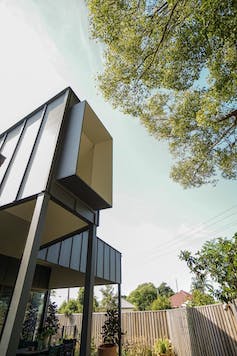 Warren Haasnoot, used with permission, Author provided Some larger houses might already be organised well enough to effectively have a second house within them. But, in the context of regulatory approvals, this is where it begins to get tricky. Separate to the ways we might use our home, a house is also defined through legislation. Depending on where you live in Australia, it will be defined in subtly different ways. In New South Wales, a house is simply a room, or series of rooms, capable of being used as a home. While not describing what those rooms might be used for, case law suggests a house needs to at least maintain the facilities of a bathroom, a kitchen and a place to sleep. If these rooms were able to gain independent access to the street, they would then meet the legislative definition of a house. Read more: Flatting in retirement: how to provide suitable and affordable housing for ageing people However, to be approved as a second house it would also need to comply with other legislative and planning policies. These requirements can be complex and layered, as they interact with other codes, but it’s the lot size of your property that will have the greatest effect on whether you’re allowed to have a second house. If you want to avoid the discretion of your local council assessing a development application that is outside minimum planning requirements, your house (at least in NSW), will need to sit on more than 450 square metres of land. That’s substantially more than both most inner-city lots and newly released greenfield lots in Australia. That second house might be further away than you’d thought. 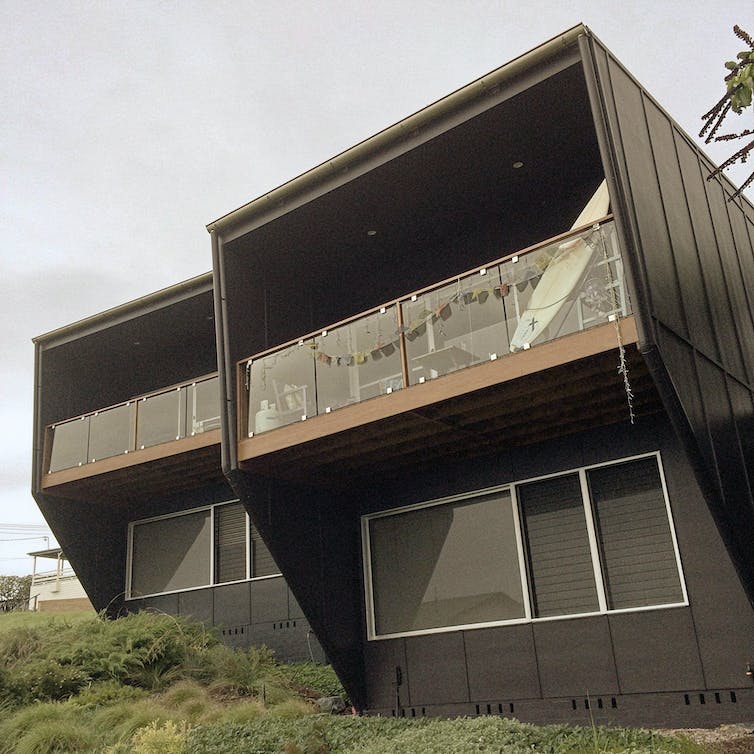 Australian planning regulations typically make it difficult to build a second house on smaller blocks. Chris Tucker, Author provided Read more: Tiny houses: the big idea that could take some heat out of the housing crisis The second house and the affordability crisis The flexibility for individual land owners to determine how their household lives within their house, and how they might contribute to making houses more affordable, has been given over to those who already own relatively large blocks of land. Those with smaller, more affordable lots are effectively prevented from leveraging the potential of their house as this type of asset. Those with more to spend on housing also stand to gain the most. Having more houses in places where we want to live, and in ways that maintain the character of those places, are critical ways of sustaining communities. The small size (20-50 square metres) of a second house often has little impact on the appearance of a house. And because they’re accommodating an existing household, they also have little impact on car parking. Read more: Size does matter: Australia's addiction to big houses is blowing the energy budget 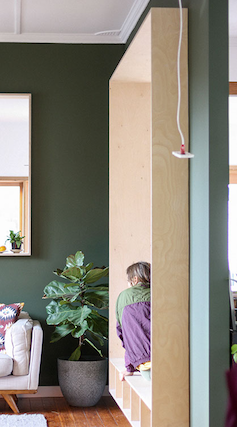 Good design maximises the uses of every space within a house. Warren Haasnoot, used with permission, Author provided Rooms within houses can be made to work harder for the families they hold, while the often wasted open space down the side of a house can be activated as courtyards and bathrooms. As a second house is on the same land title as the primary house, it can’t be sold as a separate house like a duplex might – it isn’t a commodity in itself. This positions the second house as a fundamental way of affordably meeting multiple needs: the lack of houses in urban areas at street level ageing in place social cohesion the confidence Australians should have in well-designed small houses. Read more: From 8 to 80: designing adaptive spaces for an ageing population As we begin to move out of our pandemic-related home-stays, perhaps the ways we’ve been intensively using our houses will linger a bit longer. And perhaps we’ll be in a better position to more seriously ask our house how it might also become a second. The broader question, of course, is for our various levels of government: why not allow small houses on small lots to help with the housing affordability crisis? Read more: Affordable housing shortfall leaves 1.3m households in need and rising – study