The Conversation is running a series of pieces on key figures in Australian political history, examining how they changed the country and political debate. You can read our articles on Julia Gillard and Henry Parkes here and here.

Bartholomew Augustine (“Bob”) Santamaria is the most significant figure in Australian politics never to have held political office.

Santamaria was a friend of, or associated with, four Australian prime ministers: Robert Menzies, Malcolm Fraser, John Howard and Tony Abbott. But his career was spent outside parliament.

There are two crucial things that need to be understood about Santamaria in order to make sense of his work. One is he was a devout lay Catholic whose career began in church-sponsored organisations. The other is he was both anti-socialist and anti-capitalist.

His ideal society was one composed of small property owners. In the 1940s and 1950s, he dreamed of an Australia dotted with rural villages.

Santamaria was born in Melbourne in 1915, the son of Italian migrants. His father ran a greengrocery in Brunswick.

While his background was Italian, his intellectual formation was in the largely Irish Catholic education system. He was bright, studying arts and law at Melbourne University.

After graduating, he did not practise law, but worked instead for the church as a layman for the Australasian National Secretariat of Catholic Action.

Catholic involvement in Australian political culture in the early part of the 20th century had been somewhat marginal; for example, the Federation conventions contained few Catholic participants. But the 1930s saw a flourishing of Catholic intellectual and cultural life in Australia, such as the Campion Society, of which Santamaria was a member.

What Santamaria achieved was to move Catholics much closer to the centre of Australian politics. He did this both through the force of his intellect and his political actions.

He was an ideas man. From the early 1940s to the mid-1950s, Santamaria drafted most of the social justice statements authorised by the Archbishops and Bishops of the Catholic Church of Australia, many of which had circulations of more than 100,000.

For a long time, he had no public profile. But his major contribution came leading the fight to extinguish communist control of, and influence in, trade unions. 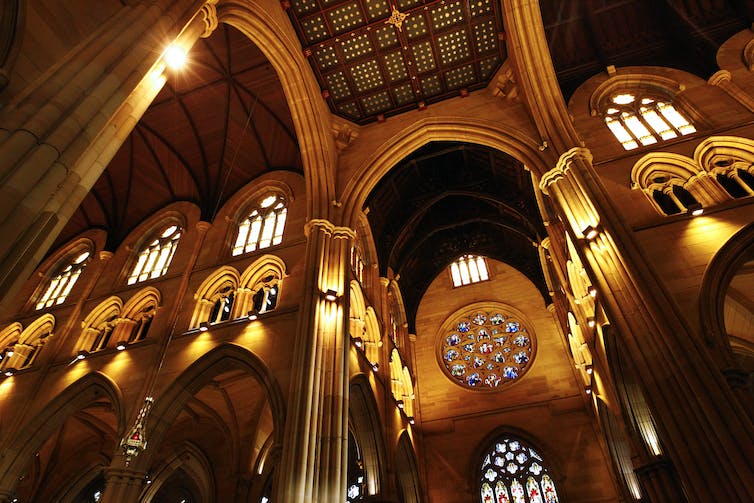 Although communism never had much appeal to the Australian voter, it had considerable influence in a number of unions, especially in the 1940s.

Santamaria mimicked communist techniques, setting up a shadowy organisation that used sometimes dubious tactics to gain union control. Called the Catholic Social Studies Movement, it was simply known as “the Movement” and operated largely in secrecy.

If the communists fought dirty, then Santamaria, as the leader of the Movement, understood the need to engage in tactics like rigging union elections. The ends justified the means.

Labor, the DLP and Santamaria’s undoing

The great prize in all of this, of course, was the Australian Labor Party, with its strong trade union links.

Communism was in decline in Australia by the early 1950s, but the anti-communist movement went from strength to strength. By 1953, there was a federal election in the offing, which Labor seemed guaranteed to win because of the state of the economy. Santamaria’s papers indicate that at this point, he contemplated the possible takeover of the ALP.

It all went terribly wrong. Economic conditions improved and the Menzies-led Coalition won the 1954 election. In the fallout, the ALP’s bitter leader, H.V. “Doc” Evatt, instigated moves that led to a split in the Labor Party, the exit of many Catholics from the ALP and the creation of the Democratic Labor Party (DLP).

Santamaria, who had previously been a somewhat shadowy figure, suddenly emerged into the limelight. This occurred because Evatt denounced the Movement and its role in the Labor Party. It was a personal disaster for Santamaria, because it pushed him out of his political roles with regard to both the Church and the unions.

He desperately wanted to influence public policy in Australia, but the DLP was only a rump party that largely appealed to Catholics. He was now outside the ALP tent and he certainly was not going to be admitted to that of their Liberal opponents.

Reinvention in print and on TV

Essentially, Santamaria then reinvented himself as a commentator on public affairs. That was how he was known until his death in 1998.

His organisation, the National Civic Council, published News Weekly, and later the AD2000 magazine, to propagate his ideas.

He also had a TV program, “Point of View” on Channel 9 that began in 1963 and went for nearly 30 years. Later in life, he had a regular column in The Australian. He no longer played the same active political role that he had earlier in life, but his ideas reached a large audience through the media.

In this later period, Santamaria gravitated towards people who were, or had been, Liberals.

Read more: The traditionalists are restless, so why don't they have a party of their own in Australia?

He became great friends with Menzies following Menzies’s retirement. In 1992, there was an abortive attempt, involving Santamaria, academics Robert Manne and John Carroll to form a new political party that included Fraser. Howard visited Santamaria on his death bed.

Abbott had connections with Santamaria going back to his student days.

Whether Santamaria exercised any influence over these figures is questionable. It does seem that they found him congenial, and he certainly possessed considerable charisma.

In some ways, Santamaria can be seen as a tragic failure. He was an intelligent and passionate man, who desired to create a better world, but whose actions led to conflict and dissension.

He was, perhaps, the victim of his own hubris. That said, it is difficult to find another individual who had such an impact on Australian life for so long. His autobiography, Against the Tide, still repays reading.