Appearances are deceiving: the Gold Coast has a reputation as the capital of sophisticated "boiler room" investment scams.Flickr/Aristocrats-hat, CC BY

Queensland’s Gold Coast has the dubious reputation of being the nation’s investment fraud capital, particularly for boiler room scams, a fact supported by the Queensland Organised Crime Commission of Inquiry.

The Inquiry estimated that Australians lose tens (possibly even hundreds) of millions of dollars each year to boiler room scams. While prosecutions have been successful, fraudulent companies are able to disappear and reappear under a different name overnight, presenting challenges for all law enforcement bodies. It also is difficult for potential victims to identify the fictitious nature of their potential investment.

Despite this, the commission has found there is a disturbingly strong victim blaming mentality expressed by police towards those who have fallen for, and lost money in such schemes.

Yet this depiction is problematic and largely inaccurate.

Boiler room scams are named after the high pressure sales techniques employed by offenders to coerce potential victims to invest in fraudulent companies. Victims can be approached through a telephone call or an email, and it could be specifically targeted to their circumstances.

Offenders present very slick and sophisticated sales pitches, and often have glossy brochures, websites, testimonials, and other supporting evidence to substantiate their offer. There are usually several people involved in the scheme, and they are all highly skilled at using social engineering and persuasion techniques to gain money from victims.

The commission’s report notes police were largely apathetic towards the likelihood of any investigation, blaming victims for not doing what was perceived to be “due diligence”. This highlights a negative stereotype of investment fraud victims as both greedy and naïve as well as not being investment savvy or financially literate. This depiction is simply not true.

Over the past few years, I have interviewed a number of individuals who have lost money in boiler room and fake investment opportunities. They have described to me in detail the ways in which they were persuaded to invest. Most strikingly, many have detailed the steps they took to confirm the investment prior to transferring money. It demonstrates a high level of due diligence however their decision to invest rested on a number of inaccurate and flawed assumptions.

Myth 1: the internet is always true

Many victims did their own research to determine the authenticity of what they were being presented, which included looking up the website of the proposed company, and doing other associated searches. In many instances, victims failed to realise that the offenders had created everything as part of the scam. The evidence victims were using to reassure themselves was a ploy on the part of the offenders to gain their trust, and ultimately, their money.

Myth 2: just because there is nothing negative, it must be ok

In their searches, many victims were unable to find anything negative or suspicious about their potential investment. A large number of individuals contacted corporate regulators such as the Australian Investment and Securities Commission (ASIC) or the Australian Competition and Consumer Commission (ACCC) to enquire about the company involved.

In most cases, these authorities were unable to provide any assistance or information which caused them concern. Unfortunately, by the time these agencies issued public warnings on a particular company, it was too late. In these circumstances, not finding anything negative doesn’t mean it isn’t fraud.

Myth 3: if the investment return is not outrageous, it must be legitimate

Offenders are improving the sophistication of their operations on a daily basis. For many boiler room scams, the return on investment offered by the fraudulent deal is not always significantly higher than one would expect. In many cases the promised returns were similar or only slightly better than other legitimate investment opportunities. The promise of exorbitant returns is a warning sign for potential investors, so by reducing this, offenders increase the likelihood that someone will buy into the fraudulent deal offered.

Myth 4: if it operates as a legitimate company, it must be genuine

My research indicates that financial literacy does not protect from investment fraud - in fact, the opposite. This is emphasised in the experiences of victims. Many had previous investment experience and relied upon their knowledge to determine if what they were being told was legitimate or not.

For instance, one defrauded investor told me how he was even able to physically withdraw his initial amount as well as a small amount he had made from his investment, without any problems. This then gave him confidence that it was a legitimate investment opportunity and he subsequently put in $200,000. A short while after, the accounts disappeared.

There are many misconceptions surrounding boiler room scams and investment fraud victims including a victim blaming attitude, which puts guilt and responsibility on the part of the victim for their perceived lack of due diligence. This is largely inaccurate. Many victims undertake detailed searches and investigations, however they rely upon flawed assumptions in their research.

In addition, the level of sophistication of these schemes should not be underestimated. Offenders are running highly organised and professional operations, specifically targeting potential investors. It is difficult to develop effective prevention messages which capture the intricacies of these schemes in a simplistic manner.

However, as the recent report noted, it is not good enough for police to use the complexities and sophistication of these schemes as a reason to delay or avoid investigations or blame the victim.

Victims already feel ashamed and embarrassed about their actions and instead require support to move forward and rebuild their lives, from both a financial and non-financial perspective.

The Inquiry’s findings should prompt police and other agencies into taking the problem of boiler room scams and the impact on its victims more seriously. There is an obvious gap in understanding how boiler room scams operate, their level of sophistication and the high powered persuasion tactics used against victims. This needs urgent attention, so as not to re-traumatise victims through the criminal justice system. 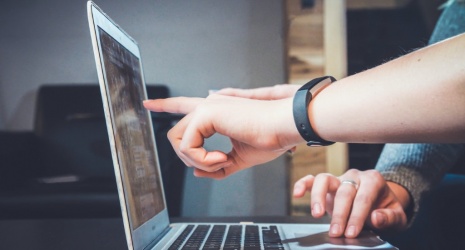