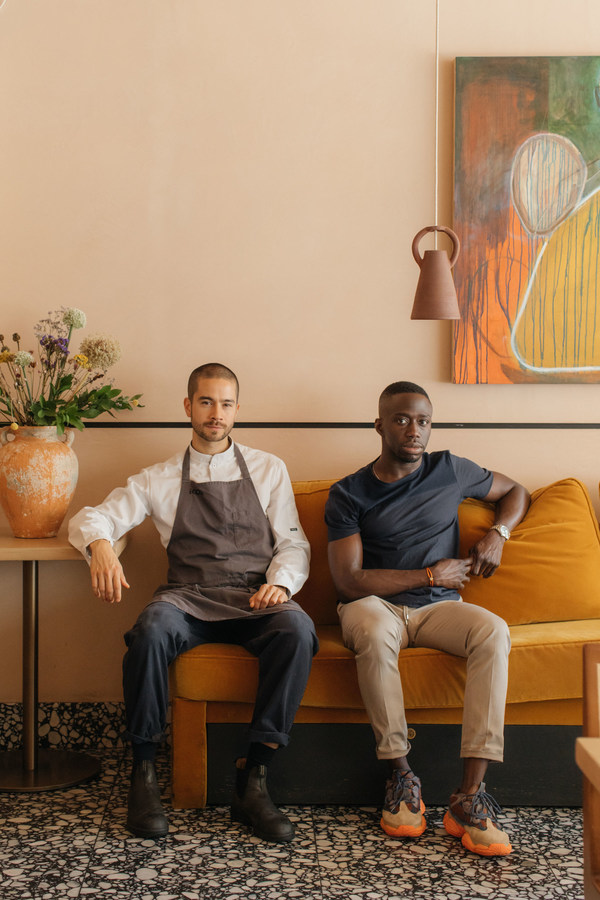 Since opening in 2017, Ikoyi has distinguished itself for its bold use of flavour, introducing new and original ingredient combinations and presenting them with indefinable style. Chan and Hassan-Odukale have made it their mission to source superlative local produce and serve it in its optimal state. The foundation of their dishes is a vast collection of global spices with a focus on sub-Saharan West Africa, which have been meticulously sourced over the past few years, resulting in menus which surprise the senses with a balance of heat and umami. The restaurant is situated in the heart of St James's Market, two minutes' walk from London's famous Piccadilly Circus.

A chance conversation with friend and now-business partner Hassan-Odukale ignited a spark around the possibilities of African-inspired food. A period of intensive research ensued and what emerged was a series of new dishes with unique ﬂavour proﬁles and a desire to forge a fresh culinary narrative. Nigerian-born Iré Hassan-Odukale left a corporate background in insurance to co-launch Ikoyi. They both liked the abstract quality of the name, as it represented the starting point of a cuisine totally unique to themselves.

Chef Jeremy Chan says: "We are extremely humbled by the recognition on the global stage and proud of our small, hard-working team. We are also grateful to our producers without whom this success would not be possible."

The award seeks to recognise outstanding emerging culinary talent and fresh experiences. Previous winners include Lido 84 in Italy (2019), SingleThread in the US (2018), Disfrutar in Barcelona (2017) and Den in Tokyo (2016). 50 Best will announce the list of restaurants ranked from 51st to 100th in the annual vote on 23rd September, ahead of The World's 50 Best Restaurants being announced on 5th October.