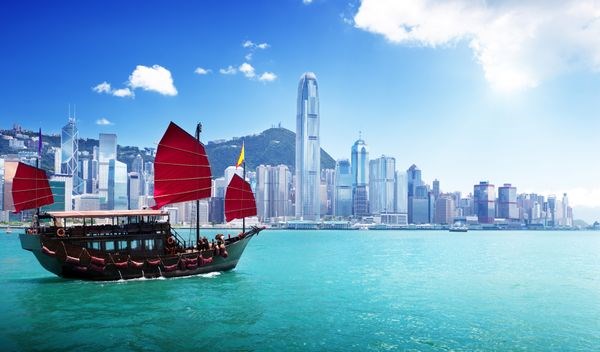 Since 2007, the Legatum Institute, an independent UK educational charity, has been publishing the Prosperity Index, an annual ranking of countries based on prosperity.

However, the Prosperity Index does not rank nations based only on their gross domestic product (GDP) or gross national income (GNI) per capita. The Legatum Institute measures each country’s prosperity according to both economic and social welfare using objective and subjective data.

The annual list considers nine pillars in assessing the overall prosperity ranking of each country. These are:

By considering these nine pillars, human progress is measured by how wealth is forming and changing in each participating nation. The final list effectively captures the real essence of a country’s prosperity level.

In last year’s index, 27 countries in the Asia-Pacific participated in the survey. The top seven that ranked high on the list are:

This country ranks high in the 2018 Prosperity Index. It is at position number two overall, next to Norway.

This island country places first in terms of social capital. Based on the survey, the citizens are satisfied with the social cohesion and community and family networks they have. They are content with the level of their political participation as well.

Among all participating countries, New Zealand ranks second in personal freedom. This means that the residents enjoy high levels of autonomy, individual liberty, and the protection of civil rights.

As one of the top countries in the latest Prosperity Index, New Zealand is indeed one of the most prosperous nations in the world, both socially and economically.

Ranking 13th on the overall list, Australia scores high in social capital. The country has taken the second spot next to New Zealand in this particular pillar.

This reflects how the people of Australia have high levels of trust in the local institutions and their fellowmen. Additionally, they are sure that they can rely on others in times of difficulty or when they need help.

This Southeast Asian country has taken the top spot in the health pillar. This demonstrates the nation’s excellent performance in terms of physical and mental wellbeing, maintenance, and the improvement of health institutions and preventive care.

Singapore ranks second in terms of economic quality in the 2018 index. The country also occupies the third spot in the safety and security pillar and is fifth in business environment.

Having successfully reached the 21st spot in the latest index, Singapore may be considered the most prosperous country in Southeast Asia.

Ranking 22nd in the overall Prosperity Index, Hong Kong ranks highest in the safety and security pillar. This means that the residents of this country generally feel safe and secure on a personal and national level.

With Hong Kong only a place behind Singapore, the country remains one of the economic powerhouses in Southeast Asia that also provides an impressive quality of life to the citizens.

As one of the most highly-developed countries in the world, Japan is on the 23rd spot of last year’s prosperity list.

Additionally, the residents also enjoy a good quality of health and access to the best healthcare and medical services.

Although South Korea moved down the Prosperity Index table by two places, the country is still on the top half of the index. It holds the 35th spot in the latest ranking.

The country ranks highest in education (17th) and health (19th). The residents have access to quality education. In addition, the nation places high importance in developing human capital.

In terms of the health pillar, South Korea performs well in primary health outcomes, providing health infrastructures and preventative care, and in prioritizing the physical and mental wellbeing of their citizens.

Occupying the 44th spot in the overall list, Malaysia continues to be an economic and business powerhouse in Southeast Asia.

Malaysia ranked 22nd in the economic quality pillar. The country has sound economic policies, and the distribution of prosperity is at a satisfactory level as well.

Additionally, Malaysia scores high in the business environment pillar; it landed the 23rd spot. The nation has an entrepreneurial climate that encourages and supports citizens to pursue their business ideas and new opportunities.

By prioritizing both economic and social welfare, these Asia-Pacific countries are on the right track to maintaining and improving their levels of prosperity and quality of life.