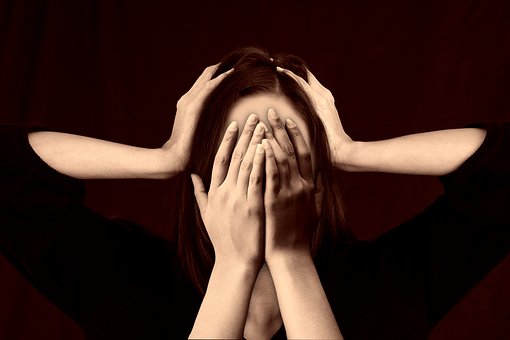 Sinusitis is a fairly common condition in adults, but sometimes in children as well. It’s an inflammation of sinus cavities. More precisely, it’s the tissue lining the sinus cavities that gets inflamed, swells and creates problems. The swelling can block the sinus cavities, leaving air and mucus trapped inside them. The pressure this process creates can cause extreme pain and even a bacterial infection inside the sinuses. If you’ve experienced these problems, you should learn about the types of sinusitis and how to treat each of them. Here is the information you need.

Types of sinusitis based on its length

When taking into consideration how long sinusitis lasts, it can be classified as acute, sub-acute and chronic.

Acute sinusitis usually lasts up to a month. Its symptoms include a runny nose, a headache caused by pressure inside the sinuses, some pain in your face, and mucus. This type of sinusitis can be treated with over-the-counter medicines, mostly decongestants and painkillers to relieve you of the symptoms. Acute sinusitis often occurs right after allergic rhinitis or some kind of viral infection inside the nasal passages.

Chronic sinusitis is the prolonged version of the previous two, lasting for three months and longer. Unlike with the acute and the sub-acute types, chronic sinusitis often means the development of nasal polyps. It’s commonly caused by various allergies to things like pollen or dander, but also by physical issues like tumors or septum deviation. In case of chronic sinusitis, your MD may refer you to an ENT specialist and may even suggest nose surgery with permanent results. After the surgery, there is a significantly lower chance of you getting sinusitis again, but in case you do get it, it’s much easier to treat. This is due to the fact that, during the surgery, your deviated bones get straightened and your sinus openings improved, providing better drainage and making it simple to clean the sinuses, rather than use antibiotics orally. This is a safe and well-tolerated treatment that can improve your quality of life greatly.

Types of sinusitis based on its cause

Infectious sinusitis is the kind that is caused by bacteria overgrowth in the sinus cavities. More often than not, it follows a flu or a cold and may be seen as a further complication of these two conditions.

Non-infectious sinusitis is usually caused by allergies to pollen or dander, although it can also be a result of different physical problems. These include polyps inside your nasal cavities, possible tumors and a deviated septum.

When you should see a doctor

Some forms of sinusitis aren’t that dangerous or painful and they can be treated at home with natural remedies. Even simple things like drinking plenty of fluids and breathing humid air (from under the shower or near a humidifier) can help. However, in some cases, serious complications can develop and your sinus infection may end up affecting your eyes and brain, block some of the vessels in your head and can lead to bone erosion. When left untreated, sinusitis can sometimes even cause pneumonia, bronchitis and ear infection. So, if the symptoms worsen or don’t go away after 10 to 15 days, call your doctor. Similarly, you should see your GP in case of severe headaches that the over-the-counter painkillers aren’t helping with, if your face hurts between your nose and your lower eyelid, if you have fever or there’s colored discharge coming out of your nose. Furthermore, if your doctor has prescribed antibiotics for your sinusitis, but even after a full course of them you still have symptoms, you should visit your doctor again and as soon as possible. Finally, if you notice some facial swelling or your vision suddenly worsens or blurs, these could also be symptoms of sinusitis and serious enough to call your doctor immediately.

If you suspect that your headaches are symptoms of sinusitis and if you see that your home treatment isn’t giving you the desired results, don’t hesitate to ask your doctor for advice and help. The sooner you start solving the problem, the better.