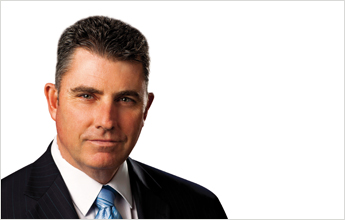 A Parliamentary Inquiry into the decision-making processes of NSW Fair Trading is required in the wake of its negligence involving trust account audits, following the State’s largest fraud case, according to the Real Estate Institute of New South Wales.

REINSW CEO Tim McKibbin said there has been a litany of poor decisions associated with agency practice by Fair Trading, which is part of the Department of Finance, Services and Innovation (DFSI), particularly over the last four years.

“Fair Trading have removed what they believe is “red tape”. Unfortunately, their “red tape” are consumer protection procedures and processes. The cost of these decisions can be counted in the millions of dollars, and continue today to expose consumers to unnecessary risk.

“I implore the NSW Government to urgently commission a Parliamentary Inquiry into Fair Trading’s policy and decision making processes.

“Fair Trading continue to make decisions regarding the property market, property services industry and consumer with no subject matter knowledge, competencies or experience.

Last month, Fair Trading charged Nicolette van Wijngaarden, 44, the director of Unique Estates with the largest Trust Account fraud ever recorded. Fair Trading, finally acknowledging their error, was embarrassingly forced to reverse its own decision around trust account audits after van Wijngaarden was charged with 15 counts of fraud totalling $3.5 million.

There have been other cases, thankfully with lesser sums of money, the most recent involving former Maroubra real estate agent Zacharis Gregory Imisides who misused more than $425,000 that was held in trust.

Mr McKibbin said, unfortunately there will be more cases of trust account fraud to come until Fair Trading’s mistake is washed through the System. All of this could have been avoided if Fair Trading had accepted the advice from REINSW.

“Four years ago, Fair Trading made the decision to remove the obligation for real estate agents to lodge their annual trust account audits in what it claimed removed “red tape,” Mr McKibbin said.

“Upon becoming aware of the decision we opposed it, pointing out that this procedure is a consumer protection mechanism which is applied in all industries where providers of goods and services hold client's money in trust.

“The only “red tape” and administrative burdens removed was from Fair Trading. In this instance, the agent was still required to do the audit, which is the major imposition.

“Removing the obligation to lodge the audit with Fair Trading meant Fair Trading no longer had the administrative burden of reading the audit reports.

“With one strike of a pen – and despite strident opposition from the Institute – Fair Trading removed all the protection of an independent audit. It created the ludicrous situation where only agents who had behaved fraudulently needed to notify Fair Trading that their audit had identified their fraud, and as a result, incidents like the van Wijngaarden case and others cost consumers millions of dollars.”

Mr McKibbin said the trust account policy reversal was just one example of dangerous decisions made at Fair Trading.

“Fair Trading have a “give it a go and see what happens” decision making process.  Thankfully this consumer injury can be corrected with money, other decisions have far more dire and irreversible consequences.”

Mr McKibbin said following a successful prosecution as in the case of Nicolette van Wijngaarden, Fair Trading and the Minister are quick to claim the credit for their consumer protection actions.

“This is a grossly misleading representation, the truth, when the person who has committed the offense comes to the realisation themselves that there is no way out of their circumstances they walk through Fair Trading’s doors and advise of their wrong doing.

In a media release on Saturday (17 November, 2018) Minister for Better Regulation Matt Kean said that “the case [Zacharis Gregory Imisides] was further evidence of why an industry-controlled regulator, as demanded by REINSW, is not a practical or sensible proposal”.

Mr McKibbin said REINSW wishes to clarify that REINSW is not and has not sought self-regulation.

“REINSW seeks to work cooperatively and constructively with a competent Regulator and Minister. Sadly neither currently exist.

Mr McKibbin said Fair Trading has admitted it failings to consumers particularly in regard to the Nicolette van Wijngaarden case.

“We were alerted by Brad Heydon of Heydons Lawyers Byron Bay that Fair Trading were refusing to fully compensate the consumers he was acting for as a result Nicolette van Wijngaarden fraud.  We immediately sought and were granted a meeting with Fair Trading.

“We expressed the view that the consumer’s loss in this case was in a large part attributable to Fair Trading and to refuse to compensate them was unconscionable.  Pleasingly we have received assurances from Fair Trading that they will now fully compensate Mr Heydon’s clients. While this is win for those people it is the NSW tax payer that has come to the rescue.”

“Recently, and alarmingly, Fair Trading announced as part of the Consultation Paper, Easy and Transparent Trading – Empowering Consumers and Small Business - that they would be de-licensing auctioneers – they appear to view an auction as simply a theatrical performance.

“This case provides yet more evidence why a Parliamentary Inquiry needs to be held urgently into the decision-making processes of Fair Trading.

“An auction, as anyone except Fair Trading knows, is the making of a contract for a very valuable asset which binds the parties of that contract to onerous obligations. Pleasingly, and with the assistance of community opposition this is not proceeding.

“REINSW is calling for a Parliamentary Inquiry into Fair Trading's decision-making procedures, including what genuine oversight and influence the Minister has over the department.

“The property services industry wants to improve the consumer’s experience with the industry and drive consumer protection initiatives.

“It’s ironic that we have to fight Fair Trading and even our own Minister every step of the way to make this happen,” Mr McKibbin said.