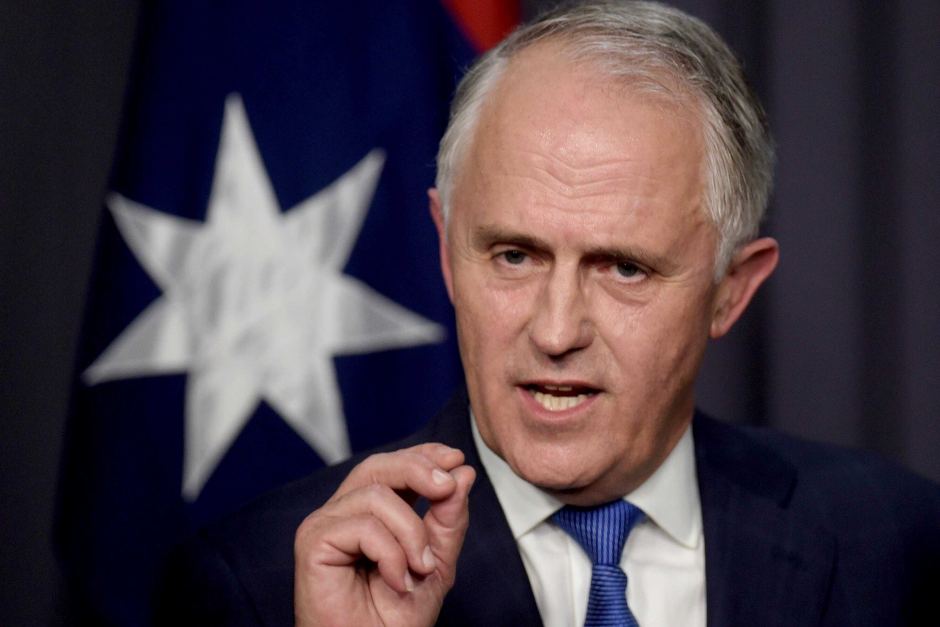 It’s wonderful to be here with the Premier Gladys, our former leaders, state parliamentary leaders and two former premiers and so many of our state and federal colleagues here. Councilor Christine Forster, good to see you here as well.

I want to say to you that this is a unique moment in our history – it is an opportunity to cast a democratic vote nationwide to extend the right to marry to same-sex couples. It’s a vote in which every Australian will have their say, just as we promised we would deliver at the election last year.

And it’s a vote, I hope, we all hope here that will succeed.

My position on this issue has been clear for many years. I am a supporter of same-sex marriage and I will be voting yes as will Lucy. And Lucy sends here apologies by the way. Daisy has joined us. But Lucy is being a doting grandmother in Singapore today, but she sends her best wishes to you all.

I will be encouraging other Australians to vote yes, and if they do, if a majority votes yes, then we will ensure a Private Members Bill is presented to the Parliament which will legalise same sex marriage and our expectation is that should be accomplished by the end of the year - it will sail through the Parliament.

Now I am voting yes because fundamentally, this is a question of fairness.

Throughout my time in public life, whether in government or opposition, I have sought to ensure that same sex couples are not discriminated against and their entitlements be it in respect of medical benefits, taxation, superannuation, or employment are no different to those accorded to heterosexual couples.

Why then shouldn’t those same rights now be extended to marriage?

This change has already happened around the world. It is a long list but it includes Argentina, Canada, Brazil, the United States, the United Kingdom, Ireland, France, Germany, Denmark, Portugal, Spain, New Zealand and South Africa.

It includes the big English speaking countries with which we would generally say we have the closest cultural [inaudible].

In any one of those countries, has the sky fallen in? Has life as we know it, ground to a halt? Has traditional marriage been undermined? The answer is plainly no.

In some nations, same-sex marriage was delivered by parliament, in others the courts, and in the case of Ireland, for example, a referendum.

This is not a cause that divides along party political lines, as much as some others might suggest.

It’s a matter on which every Australian is entitled to their own opinion.

In our own parties, there will be many who vote no, and many such as those here who will vote yes – that is our complete democratic right as citizens to have our own say in this postal survey.

But you know many people will vote yes as I will because they believe the right to marry is a conservative ideal as much as any other principle, conservative principle.

Consider how the former British Prime Minister David Cameron framed it. He said, on this issue he said: “To anyone who has reservations, I say: Yes, it’s about equality, but it’s also about something else: commitment. Conservatives believe in the ties that bind us; society is stronger when we make vows to each other and support each other. So”, said David Cameron, “I don’t support gay marriage despite being a Conservative. I support gay marriage because I’m a Conservative.”

Now I am very firmly of the view that families are the foundation of our society and that we would be a stronger society if more people were married, and by that I mean formally, legally married, and fewer were divorced.

If consulted by friends about marital dramas, I always encourage the singles to marry, the married to stick together, the neglectful and wayward to renew their loving commitment and the wronged to forgive.

And I have to say that I am utterly unpersuaded by the proposition that my marriage to Lucy, 38-years long next March or indeed any marriage, is undermined by two gay men or two gay women setting up house down the road — whether it is called a marriage or not.

Let us be honest with each other. Let's be really, really honest with each other. And I’ve said this many times before - the threat to marriage is not gay couples. It is a lack of loving commitment – whether it is found in the form of neglect, indifference, cruelty or adultery, to name just a few manifestations of the loveless desert in which too many marriages come to grief.

If the threat to marriage today is lack of commitment, then surely other couples making and maintaining a commitment sets a good rather than a bad example.

Intolerant, disrespectful and strident voices undermine their own side of the debate and I know that the vast majority of Australians, whatever their view respect other Australians right to have that view and respect that alternative opinion. This is absolutely critical.

The worst argument against the plebiscite or the postal survey is the proposition that Australians are not capable of having a respectful debate on such an important social issue. That holds the Australian people in contempt.

I am confident as I’m sure all of you are all too, that this will be a respectful debate.

And while I have no doubt people who do say outrageous things will find those outrageous comments mightily amplified in the media and particularly social media, but the reality is that the vast majority of Australians respect each other, they understand this is an important social issue and they will approach it with a responsibility of a free people making a big decision about their nation themselves. And that is what we respect.

I am confident that the postal survey will see a Yes majority but it is in the hands of the people. I am the Prime Minister but I have only one vote.

If the Yes vote is carried it will be followed by a Private Members Bill and legislation that suitably protects religious freedoms. I’m sure others will touch on this but an enormous amount of work has been done on that and that will be dealt with by the Parliament in the course of the legislative debate.

This will mean that the issue will then be settled responsibly and democratically delivered under our Liberal National Government.

Thank you very much. Remember to vote yes.