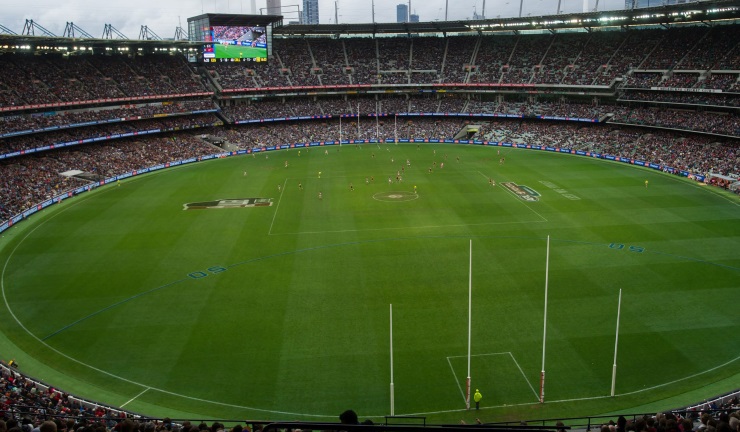 With the start of the footy season just around the corner, there is one important question all fans want answering…who will be crowned 2018 AFL premiers?

We take a look at the respective chances of the leading contenders and discuss just who might be go head to head in the 2018 AFL Grand Final in September.

There has been a significant chance at the Cats and the return of prodical son Gary Ablett to Geelong has been the most important move of the off-season. After failing to get the Gold Coast Suns to the finals, he has signed back on at the Cattery to finish his career and teaming up with Patrick Dangerfield and co will only strengthen Geelong’s hand. They are certainly a deserved pick for a lot of tipsters giving out free AFL tips.

The Swans gave everyone a headstart last year as they lost the opening six games. Every game from there was a final and they showed their true class to make it into the top eight. Unfortunately for Sydney fans, one more horror performance in the semi-final saw them dumped out of the finals at the semi-final stage. They should be a much better side overall this season.

GWS have gone agonisingly close to reach the Grand Final in the last two seasons and they will be longing to be in the big dance this year. It was eventual premiers Richmond Tigers who dumped them out in 2017. They are a side worthy of respect, but can they finally get across the line or will it be another so near yet so far story?

The defending premiership champions having ended a long drought with victory over Adelaide Crows in last year’s Grand Final. Can they repeat those exploits? It is hard to go back-to-back. But don’t think this Richmond side will be missing out on the finals though.

The Crows will be one of the favourites to go one better than last year when outperformed and outscored by Richmond in the Grand Final. In all reality, they were the team to beat throughout the 2017 season and will be once again this year. But how will those scars of the Grand Final hold up?

So dominant for so many year prior, 2017 was a year to forget for Hawthorn. Much changed, they underperformed and ultimately never threatened making the eight. The Hawks will have to better this year, and they will be. But it will be a battle in mid-table and a scrap for a finals berth that they will have to settle for.

These are all clubs Hawthorn will have a fight on their hands with. All four have valid claims to be in the top eight and it will be interesting to see how things shape up when the season gets underway at Easter. Power should have been better last year, the Eagles beat them in the finals before losing themselves and the Bombers and Demons offered the suggestion that 2018 might be their year after encouraging performances including Essendon making the finals. Big things could come from the Dons.