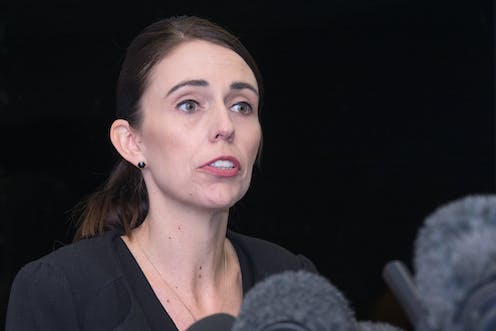 As she foreshadowed in the aftermath of the Christchurch massacre last Friday, New Zealand Prime Minister Jacinda Ardern has just announced a ban in that country on specific military-style firearms. It will soon become an offence to own or possess semi-automatic firearms and shotguns with detachable magazines capable of firing more than five cartridges.

Later this month, the government will consider further changes to the law that will tighten licensing requirements and impose limits on certain types of ammunition. There will be a gun buy-back scheme in place in due course that will provide compensation to those who possess soon-to-be-illegal guns. Preliminary advice suggests that might cost the country between NZ$100 million and NZ$200 million.

Thoughts immediately go to the aftermath of the 1996 Port Arthur tragedy in Australia. Then-Prime Minister John Howard had been elected only six weeks before the Tasmanian horror unfolded. He immediately set in train the gun control measures that no previous government, conservative or progressive, would ever have thought possible.

The government placed a ban on the sale, transfer, possession, manufacture, and importation of all automatic and most semi-automatic rifles and shotguns (and their parts, including magazines). More than 640,000 such weapons were thereupon surrendered and later destroyed at a cost to the taxpayer of around A$250 million.

In Australia today, there continues to be bipartisan political consensus and broad community support for what was titled the National Firearms Agreement (NFA). In 2017, it was reaffirmed by the Council of Australian Governments (COAG).

There has been some criticism that certain aspects of the original agreement have been watered down in some jurisdictions in recent years, but the requirements outlined by the agreement generally remain intact.

Did the Australian gun ban and buy-back scheme make inroads into the rate of firearm-related deaths? Did it prevent mass shootings? Jacinda Ardern appears to be convinced that answers to both questions are in the affirmative. Let’s look at the evidence from the past 23 years in this country to test her assumptions.

Read more: No massacres and an accelerating decline in overall gun deaths: the impact of Australia’s major 1996 gun law reforms

Gun violence in Australia since the buy-back

It is unequivocal that gun death rates in Australia have been falling consistently since 1996. Some commentators object to the connection between this trend and the NFA, saying the downturn was simply a continuation of a long-term decline in gun violence generally.

But recent research found that, compared with the trend before 1997, there was a more rapid decline in firearm deaths after the implementation of the NFA.

However, this conclusion was quickly challenged by another researcher, who argued these findings were simply a consequence of the rarity of these events, and that the data were thus skewed.

The researchers on the first paper then set out to test the null hypothesis: that is, that the rate of mass shootings would remain unchanged after the introduction of the NFA. They concluded that while a definitive causal connection between this legislation and the 22-year absence of mass firearm homicides was not possible, there was nevertheless evidence that before 1996, approximately three mass shootings took place every four years. Had they continued at that rate, 16 incidents would have been expected by February 2018, but that pattern did not play out.

The evidence from the National Homicide Monitoring Program, collated by the Australian Institute of Criminology, concurs with the evidence provided by these authors. Its data indicate that the share of murders committed with firearms dropped significantly around the time of the buyback scheme. Indeed, the number of homicide incidents involving a firearm decreased by 57% between 1989-90 and 2013-14.

Incidentally, in the United States, 60% of homicides are committed by firearms. To the extent that correlations are useful, there should be no surprises here. The US gun ownership rate (guns per 100 people) is more than five times the Australian rate.

Reducing access to firearms lowers the risk of gun deaths

The evidence that countries with higher levels of gun ownership have higher gun homicide, gun suicide, and gun injury rates is convincing. Anyone advocating gun ownership as a means of lowering levels of violence and crime is arguing against the weight of research.

Jacinda Ardern’s initiative cannot do her country any harm. Twenty-three years after Port Arthur and the NFA, firearm involvement in homicide incidents in Australia, including the involvement of handguns, remains at an historic low.

While it would draw too long a bow to assert conclusively that the downturn in firearm deaths in Australia can be attributed to the gun law reforms alone, the implementation of the NFA can be closely associated with the reductions in mass shootings and firearm deaths.

The choices made by the Ardern government to eliminate certain firearms from New Zealand to improve community safety are consistent with the long-term evidence from Australia.