In the lead up to the recent federal election, there was plenty of negative rhetoric about current policy settings. Piecing together the various messages, it seems we have entered an armageddon of poor fiscal management, intolerable social inequality, and environmental degradation. If we took the rhetoric seriously, who in their right minds would want to take charge of the mess that is government?

These assessments are symptomatic of a longstanding, worldwide tendency of politicians, commentators, and citizens to fixate on the limitations of government. We know the lexicon. Terms such as “blunder”, “blowout”, “crisis”, “failure”, “fiasco”, “incompetence”, “red tape” and “scandal” are well-used in public and academic discourse about government, politics and public policy. But this kind of rhetoric risks creating self-fulfilling prophecies in the way we look at, talk about, think of, evaluate, and emotionally relate to public institutions.

By contrast, successful policy accomplishments are seldom deemed newsworthy. Neither are the thousands of everyday forms of effective public value created by and through governments.

Read more: Australia has been silent on Indigenous suicide for too long, and it must change

To help turn the tide, we recently commissioned 20 up close and in depth case study accounts about the genesis and evolution of standout public policy accomplishments in Australia and New Zealand, across a range of sectors and challenges.

To identify the cases, we convened a panel of experts consisting of prominent public policy scholars and senior practitioners in Australia and New Zealand. We then invited expert scholars in the relevant fields to produce the case studies.

Consider Australia’s response to HIV/AIDS. It emerged in the early 1980s as an unidentifiable, infectious and lethal disease affecting some of the most stigmatised communities.

Subsequent national strategies have maintained this strong values base. This framework has ensured Australia’s national policy response to HIV/AIDS has been lauded as one of the best in the world.

Read more: 2040: hope and action in the climate crisis

In the 1980s and early 1990s, Australia suffered 14 mass shootings. These culminated on April 28, 1996 in the Port Arthur Massacre, when a single gunman killed 35 people and seriously injured 18 with military-style semiautomatic rifles.

Tasmania was one of the few places in the western world where an unlicensed individual could obtain such a weapon. Policy change was swift. Adopted in a crisis, the new policy was nonetheless the result of years of policy development. The government of the day united different parties and stakeholders to present a broad coalition in favour of the new laws.

With those laws in place, the risk of an Australian dying by gunshot fell by more than half. Australia’s rate of gun homicide remains 25 times lower than that of the United States. 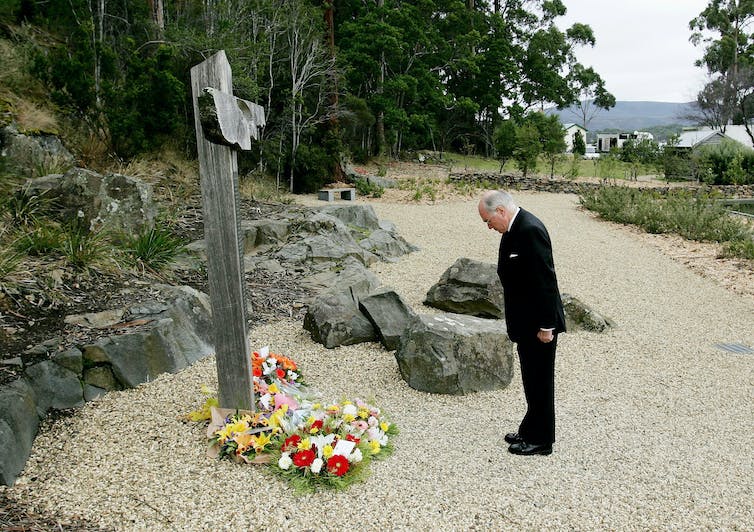 Australian Prime Minister John Howard lays a wreath at the memorial site of the Port Arthur massacre during a memorial service to mark the 10th anniversary of the massacre in Port Arthur, Tasmania. Ian Wildie/AAP

These two cases, along with the others in our study, have led us to note six recurrent patterns that seem to promote successful policy outcomes:

Governments can and do improve lives

Without doubt, the current times present major challenges for all governments. And new challenges will surely arise in the years ahead. The negative lexicon has its place in political life. But governments can and do generate much that is good, and that serves our collective interests well.

Looking ahead, we encourage more people to reflect on cases of successful public policy. We especially hope that politicians of every ideological persuasion, and those who advise them, will heed the lessons of the past that reveal what it takes to produce strongly positive outcomes that improve the lives of generations of citizens.