This article was developed from a series of interviews with politicians, officials and other key players, including former Immigration minister Chris Evans and former Victorian premier Steve Bracks. Others preferred to remain anonymous.

We know very little about the kind of government Scott Morrison runs. After beating Peter Dutton and Julie Bishop...

This article was developed from a series of interviews with politicians, officials and other key players, including former Immigration minister Chris Evans and former Victorian premier Steve Bracks. Others preferred to remain anonymous.

We know very little about the kind of government Scott Morrison runs. After beating Peter Dutton and Julie Bishop to the prime ministership in August last year, most commentators assumed Morrison was keeping the chair warm until Labor’s Bill Shorten won the 2019 election.

Following the Coalition’s unexpected victory, it’s time to ask more searching questions, not only about Scott Morrison’s political values and policy aspirations, but about his prime ministerial style.

Read more: Cruel, and no deterrent: why Australia's policy on asylum seekers must change

Labor’s shambolic attempts to create asylum seeker policy during the Rudd-Gillard years are emblematic of the dire consequences when tried-and-tested processes of policy advice fail.

In the face of internal dissent, thousands of asylum seekers arriving by boat and a marauding opposition leader, the government rejected its most vital source of advice, the public service.

In mid-October 2009, Prime Minister Kevin Rudd was informed that a vessel carrying 78 Sri Lankan asylum seekers was in danger of sinking in Indonesian waters. Rudd negotiated directly with the Indonesian president Susilo Bambang Yudhoyono and decided to dispatch a Customs vessel, the Oceanic Viking, to rescue the asylum seekers and return them to Indonesia.

The then immigration minister Chris Evans first heard of the plan when he received a phone call from Rudd’s chief of staff, Alister Jordan.

Jordan was not consulting the immigration minister, but rather informing him of a plan that had been enacted. Evans rang his departmental secretary, Andrew Metcalfe, who told him the plan would not work because the asylum seekers would refuse to disembark. 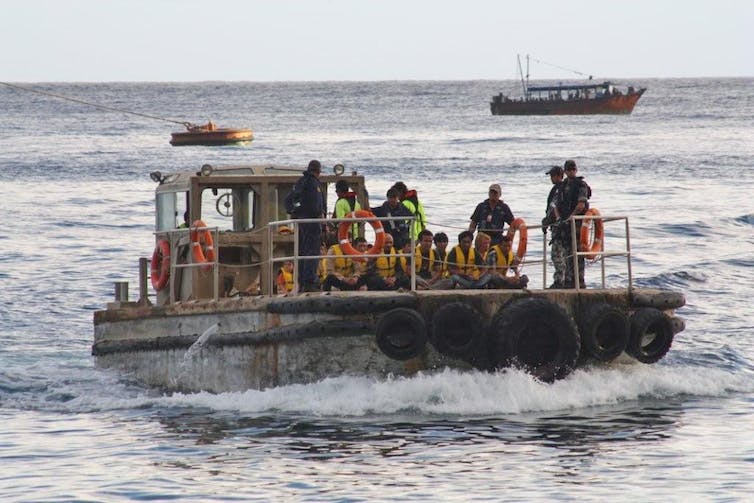 Asylum seekers arrive by boat to Christmas Island, June, 2012. The Labor government tried to make sure no asylum seekers who tried to come to Australia by boat can ever enter the country. ROSSBACH/KREPP/AAP

As Metcalfe had foreseen, the asylum seekers refused to leave the Australian boat at Bintan. Australian voice surveillance revealed there was talk of mass suicide.

Read more: How the next Australian government can balance security and compassion for asylum seekers

The standoff lasted four weeks, until a deal was struck that saw the Sri Lankans resettled in countries including New Zealand.

Officials in the Immigration Department were dumbfounded. One told me:

The Oceanic Viking was a thought bubble from Rudd … It was an absolute debacle. It was crazy. It had nothing to do with immigration but we were asked to go in and fix it up. And that scuttled any possibility of us doing anything with Indonesia for a long time.

The boats kept coming. There were 6,555 boat arrivals in 2010. On the night he lost the prime ministership to Julia Gillard, Rudd told the Labor caucus that if he won the leadership vote, he would “not be lurching to the right on question of asylum seekers”.

What Rudd didn’t mention was that the government had been actively exploring offshore options for some time.

The Immigration Department had prepared a list of possible sites for offshore detention that included Malaysia, Pakistan, Thailand, Indonesia, and East Timor.

Sounding out the East Timorese government

Evans was focused on pursuing a multilateral solution. His officials consulted with members of the refugee lobby, including the prominent lawyer David Manne, about being part of a broader regional arrangement that had the approval of the United Nations High Commissioner for Refugees (UNHCR).

Evans and his department worked on an offshore deal that would meet with the approval of Australian stakeholders, neighbouring countries, and the UNHCR. But meanwhile, a small group of ministers focused on East Timor.

Read more: A refugee law expert on a week of 'reckless' rhetoric and a new way to process asylum seeker claims

The former Victorian premier, Steve Bracks, was approached at an airport and asked to sound out the East Timorese government about a processing centre. Bracks reported back that Prime Minister Xanana Gusmao was interested, but he would need some time to win support within his government. 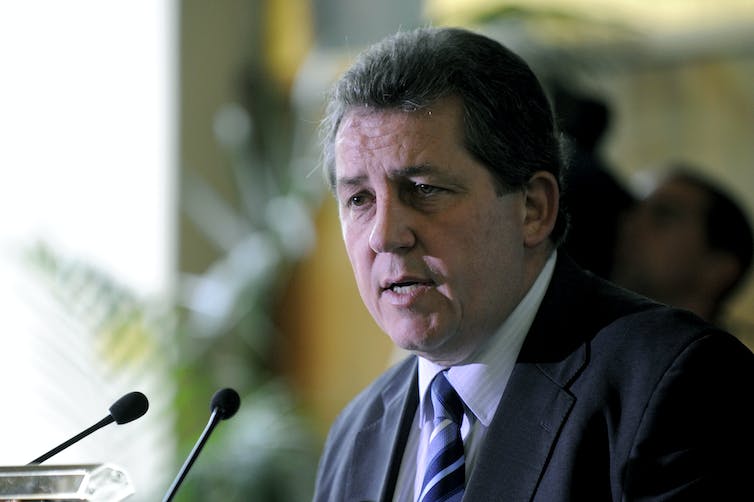 Gusmao wanted negotiations to be done through the president, Jose Ramos Horta. This process was in train when Kevin Rudd was overthrown as prime minister on June 24, 2010.

In a speech to the Lowy Institute on July 5, the new prime minister, Gillard, announced she had discussed with Horta the possibility of establishing a regional processing centre in East Timor. But in going public, she had pre-empted the internal East Timorese process. Gusmao distanced himself from the plan and it quickly fizzled.

Meanwhile, the public servants who had been working on the multilateral solution were left scratching their heads. One official told me:

I have no idea where [East Timor] sprang from.

We were working on arrangements … and one of the really difficult things was thought bubbles kept coming from funny quarters and then you’d have the media onto it, laughing at it or making a joke of it.

After the 2010 election, the new immigration minister Chris Bowen secured an offshore processing arrangement with Malaysia. Immigration Department officials had encouraged Bowen to bring refugee stakeholders and the UNCHR on board.

But Bowen, who was facing immense political pressure from opposition leader Tony Abbott, preferred to deal unilaterally with his Malaysian counterpart, Hishamuddin Hussein, with whom he had developed a strong rapport.

Hours before the first 16 asylum seekers were due to be transported to Malaysia, Manne obtained an injunction against their removal from Australia, pending a challenge to the legality of the government’s agreement with Malaysia. 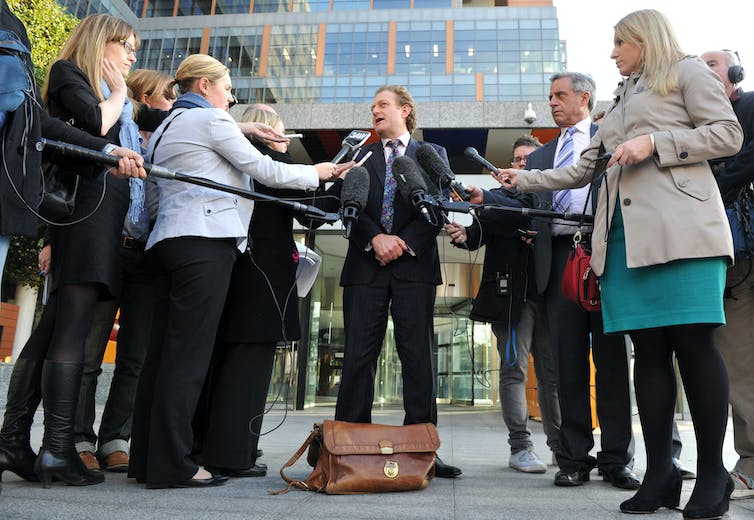 Lawyer David Manne at the Federal Court Building in Melbourne, 2011. Then, Manne’s application to the High Court of Australia to prevent the transfer of refugees to Malaysia was upheld. Julian Smith/AAP Image

In September 2011, the High Court decided in a six-to-one decision that the Malaysia agreement contravened the Migration Act because the refugees would not be given the protection required by the Australian legislation.

According to a key player, the High Court ruling was the product of a profound failure of process:

the government did a very bad job at … going to the organisations who would be part of any solution. And, instead, pissed them off so comprehensively they went to the High Court.

Read more: Robert Manne: How we came to be so cruel to asylum seekers

After the failure of the Malaysia initiative, the Gillard government hurriedly reopened the Nauru and Manus Island processing centres.

In 2013, then Prime Minister Kevin Rudd and Opposition Leader Tony Abbott debate about asylum seeker policy, and the ‘PNG solution’.

When Rudd replaced Gillard in June 2013, he announced that no one who arrived by boat would ever be settled in Australia. The boats slowed, but it was the institution of boat turnbacks under the Abbott government’s Operation Sovereign Borders that stopped them altogether.

The consequences of the Rudd and Gillard governments’ blundered handling of asylum seeker policy were considerable. Indonesia and East Timor were unnecessarily offended, the government’s political fortunes suffered and, most significantly, asylum seekers were again subjected to processing on Nauru and Manus Island.

It is conceivable that Manus and Nauru would have remained closed and Operation Sovereign Borders rendered unnecessary had the Rudd and Gillard governments heeded the advice of the Immigration Department to bring key refugee stakeholders and UNHCR on board into the process.

The institution of rigorous decision-making processes will not guarantee Scott Morrison’s success, but they could help him avoid many of the pitfalls that contributed to the downfall of the Rudd and Gillard governments.

Carolyn Holbrook is presenting a talk on this topic at the Australian Policy and History ‘History and the Hill’ Conference at Deakin University on Thursday, June 13