The latest protests in Hong Kong on Sunday, which organisers said brought some 2 million people to the streets, represented yet another striking show of “people power” in the semi-autonomous Chinese city.

Chief Executive Carrie Lam’s efforts to bring calm to Hong Kong included an uncharacteristic about-face on her position over the weekend, a rare apology and the indefinite suspension of the proposed changes to the city’s extradition laws, which sparked the initial protest against the government last weekend.

But laden with qualifications and a subtle rebuke of the protesters, Lam’s repositioning of the issue has had limited impact, suggesting that she may have seriously underestimated the anger and determination of her constituency. The protesters are now calling for nothing less than her resignation, making her the “lightening rod” for public anger in the face of growing resentment towards Chinese influence in Hong Kong.

As the people of Hong Kong continue to take to the streets, one wonders whether the real struggle has only just begun.

How the fight over the extradition bill mushroomed

For many, Lam’s controversial extradition bill represented the “thin edge of the wedge” of Chinese control. If passed, the proposed law could have seen local and foreign criminal suspects sent to mainland China to stand trial in a judicial system that is opaque and vastly uncompromising.

But there’s much more at stake for the people, identity and prospects of Hong Kong. For those concerned about China’s rising influence in the city, the legislation represented a dangerous break in the firewall that has preserved civil liberties for the people of Hong Kong within the “one country, two systems” framework.

While its proponents claim the bill has a narrow application, many fear it would enable China’s leadership to target political opponents, entrepreneurs and activists as part of its wider strategy for exercising control over the region. The implications for Hong Kong’s reputation as a vibrant global financial, business and transit hub would be significant.

Of course, the latest demonstrations cannot be viewed in isolation – they are the latest chapter in Hong Kong’s longstanding tradition of public dissent. And there have been some notable successes in the past, including the indefinite suspension of plans to implement a national security law in 2003 and the reversal of a proposed comprehensive national curriculum in 2012.

Yet, as the 2014 Umbrella Movement protests revealed, the mood in Hong Kong appears to be taking on a more sombre tone. Much of this reflects the changing mood within China. 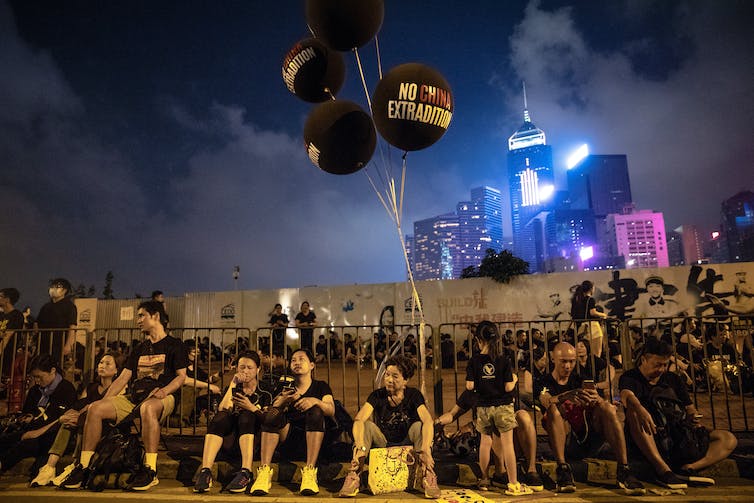 Under President Xi Jinping, civil protests — even those organised in the special autonomous region of Hong Kong — are increasingly fraught. Xi himself set the tone with a particularly hard-line speech during his 2017 visit to the city for Lam’s swearing-in.

Flagging new levels of intolerance for activities that might be interpreted as encouraging Hong Kong independence from China, Xi noted:

Any attempt to endanger China’s sovereignty and security, challenge the power of the central government … or use Hong Kong to carry out infiltration and sabotage activities against the mainland is an act that crosses the red line and is absolutely impermissible.

Despite the efforts of China’s state-run Global Times newspaper to lay blame for the “uncontrolled street politics” on “Western forces” and “malice from afar”, however, Chinese political authorities have remained relatively quiet on the Hong Kong protests this week.

This is unsurprising. Coming just a week after the 30th anniversary of the Tiananmen Square protests, China was never likely to take an openly provocative stance against the protesters.

But it is clear Beijing is keeping a close eye on the situation, pushing back on criticisms from abroad and now possibly wavering in its support for Lam. Ever sensitive to external critiques that relate to questions of sovereignty, the Chinese government may decide to take a harder line should the protests continue to gather momentum.

Thus far, the response to the protests has been relatively muted. The European Union has called for the rights of the Hong Kong people to be respected, noting its concern for the “potentially far-reaching consequences” of the extradition bill. UK Prime Minister Theresa May, meanwhile, has called on authorities to ensure the extradition arrangements “are in line with the rights and freedoms” set forth in the joint declaration when the British handed Hong Kong back to China in 1997.

US President Donald Trump has remained ambivalent so far, saying only last week, “I’m sure they’ll be able to work it all out.” But according to his secretary of state, Mike Pompeo, Trump is now expected to raise the issue when he meets Xi at the G20 Summit at the end of the month. This is only significant insofar as it reminds us of Trump’s transactional interest in the region.

Read more: Hong Kong in crisis over relationship with China – and there does not appear to be a good solution

As for Australia, Foreign Minister Marise Payne issued a fairly neutral statement in support of the Hong Kong people’s right to protest. It left many, including those in Sydney, Melbourne and elsewhere who protested in support of Hong Kong last week, somewhat underwhelmed.

Beyond the protests, how the current tensions unfold will have serious implications for Australia’s engagement in the region and our ongoing relationship with China. The 2017 Foreign Policy White Paper reinforces the core values underpinning our international engagement, including support for political, economic and religious freedoms, liberal democracy and the rule of law.

How and when we articulate our commitment to these values, and reinforce their place in our region, will be the key test of our diplomacy going forward. 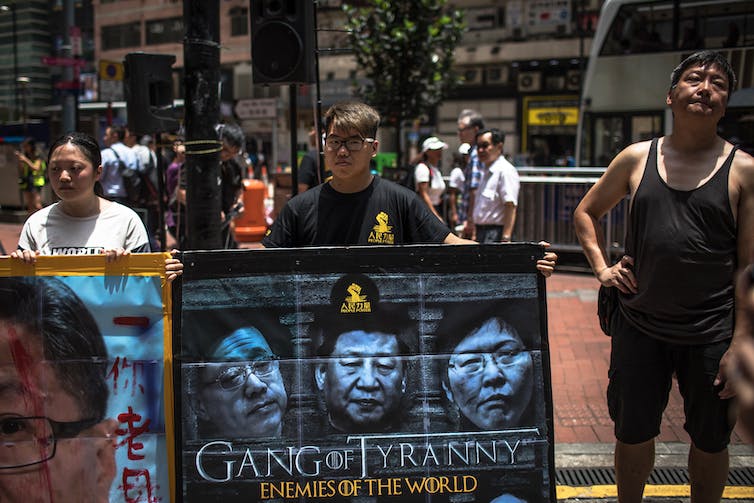 As protesters turn their ire on Carrie Lam, the Chinese government may retreat from its support for her. Roman Pilipey/EPA

Where do the protests go from here?

Lam’s decision to suspend consideration of the extradition bill offers a necessary moment for pause. But it hasn’t taken the heat out of the protests.

At this stage, Lam hasn’t backed away from her intent to revive the bill at a later stage. It’s also likely the Chinese government will continue to press towards that outcome, though perhaps in a different form and even under different leadership. Much hangs in the balance.

Hong Kong’s protesters appear galvanised by their cause. But whether they can sustain the necessary momentum for the long game — where crossing red lines may come at a cost — is another matter altogether.