Given her new role as federal environment minister, one of Sussan Ley’s comments in an interview with Nine Newspapers was eyebrow-raising, to put it mildly. She said:

Sometimes the environment doesn’t need all its water but farmers desperately do need water.

This is inaccurate and concerning, but not all that surprising, given the...

Given her new role as federal environment minister, one of Sussan Ley’s comments in an interview with Nine Newspapers was eyebrow-raising, to put it mildly. She said:

Sometimes the environment doesn’t need all its water but farmers desperately do need water.

This is inaccurate and concerning, but not all that surprising, given the attitude to water and rivers of some in the community and federal government. 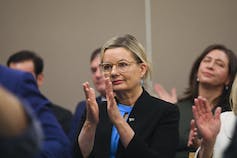 In this age of water sharing and trading, and storing water in dams, it is easy to lose sight of what water is to a river, and how every drop of water that enters (or should enter) a river defines the character and function of that river.

Ultimately, the community – not scientists or even river managers – decides how much water a river should get. But it’s essential to be honest about the effects these decisions have on rivers and the ecosystems they support. This is vital for long-term environmental sustainability, upon which all our industry, agriculture and indeed our society are based.

Recently the Murray-Darling river system has suffered several crises, including fish kills, hypoxic water, acid-sulfate soils, and algal blooms. These are all wake-up calls that the way we manage rivers are not working.

Read more: Damning royal commission report leaves no doubt that we all lose if the Murray-Darling Basin Plan fails

But besides these disastrous incidents, there are many other ways in which river ecosystems are changing, that are not as obvious to the general public.

Contraction of native species’ ranges, local extinctions, success of invasive species and the “need” to stock non-native recreational fish species are just a few of the insidious symptoms of a general malaise.

Water to a river is like air to a balloon. Let out a little air and the balloon is still balloon-shaped, albeit less taut than before. But let out more air and there comes a point, which is hard to predict exactly, when the balloon suddenly collapses. By this analogy, the Murray-Darling Basin is very deflated indeed.

The point is that if we take water out of a river, or change the patterns of its flow, we inevitably change the nature of that river. Irrigators undoubtedly need water. But we shouldn’t kid ourselves that we’re not altering the river and its ecosystems by allowing them to take it.

Do we want healthy rivers?

Our job as river scientists is not to say what type of river the community wants. Our job is to inform people on what the actions of changing river management will do to a river and its life. 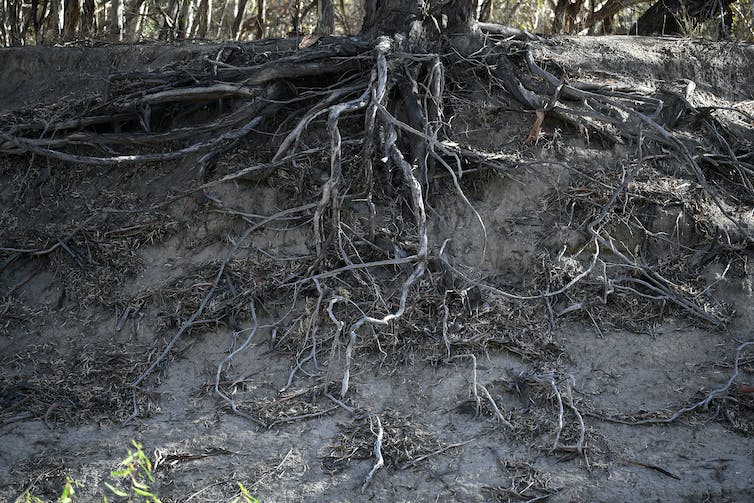 We already have seriously degraded river ecosystems. Restoring them is exceedingly unlikely under current demands and management. But if we take even more of a river’s water away, we need to acknowledge that the river will become yet a different river, and in some cases, one that we hardly recognise.

The public backlash following the fish kills earlier this year suggests that the community has decided that further degradation of our rivers is not acceptable.

Read more: 5 ways the government can clean up the Murray-Darling Basin Plan