In the wake of slumping demand for apartment building, it’s little wonder the multi-unit housing industry has been eagerly eyeing a possible new residential product: “build-to-rent”.

In fact, the latest figures show that apartment-building construction starts were down 36% in 2018 from 2016. But how much will this little-known type of housing solve our housing problems?

Read more: Ten lessons from cities that have risen to the affordable housing challenge

Build-to-rent won’t be a silver bullet solution for Australia’s housing affordability stress, but it does have potential to tick the box on several important public policy objectives. These include widened housing diversity, enhanced build standards, and a better-managed, more secure form of private rental housing.

But for this to happen, Australia’s tax settings need adjustment. 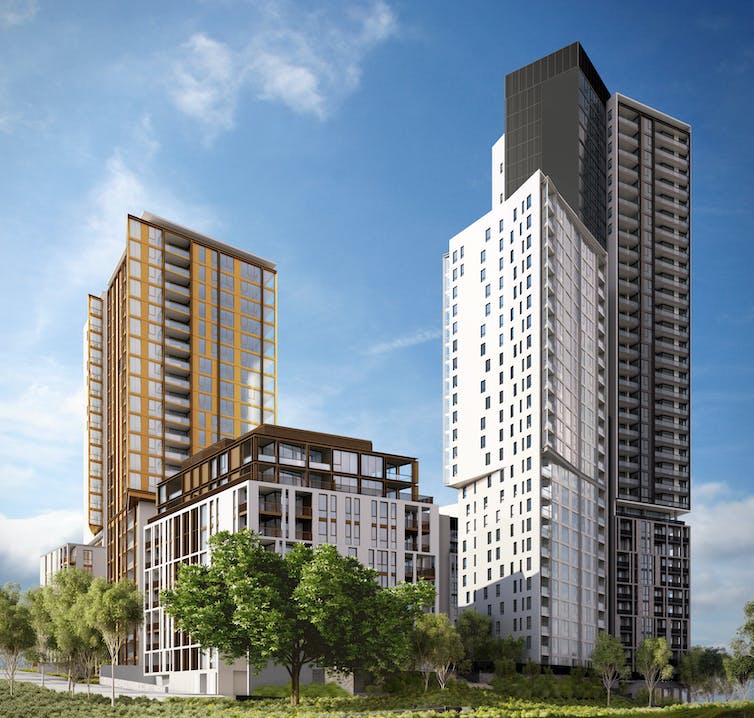 Project design of build to rent properties in Mirvac Olympic Park, Sydney. Build to rent has already started in Australia, but can only be fully embraced with government support. Author provided (No reuse)

This refers to apartment blocks built specifically to be rented, usually at market rates, and held in single ownership as long-term income-generating assets.

The enduring owner might be, for instance, an insurance company, an Australian super fund, a foreign sovereign wealth fund, a private equity firm, or the building’s developer.

Although new in Australia, build-to-rent is quite common in many other countries. Under its North American name, “multi-family housing”, the format has generated more than 6.3 million new apartments since 1992 in the US alone. And in the UK, a build-to-rent sector has led to 68,000 units built or under construction since 2012.

Read more: What Australia can learn from overseas about the future of rental housing

A scattering of build-to-rent schemes are already underway or completed, mainly in inner Sydney and Melbourne. And they may prove to be the forerunners of a new Australian residential property sector – but that is far from guaranteed.

In Australia, our private rental market is almost entirely owned by small-scale mum-and-dad investors, so this kind of housing would be a largely new departure from typical Australian real estate.

Importantly, build-to-rent is a long-run investment that caters for rental demand, which tends to grow steadily.

This means the model is largely immune to the fickle changes in housing demand resulting from typically short time horizons and primarily speculative instincts of individual buyers traditionally dominant in our market.

So at its full potential, this new housing product could introduce a valuable counter-cyclical component into the notoriously volatile residential construction industry, helping to offset damaging booms and busts. In other words, build-to-rent can create stability in the Australian property market.

How build-to-rent can incorporate affordable housing

Optimistically, some have claimed build-to-rent could also provide an “affordable housing” fix for many earners who are doing it tough in our existing private rental market.

But this could be possible only with the aid of major government funding or planning concessions. 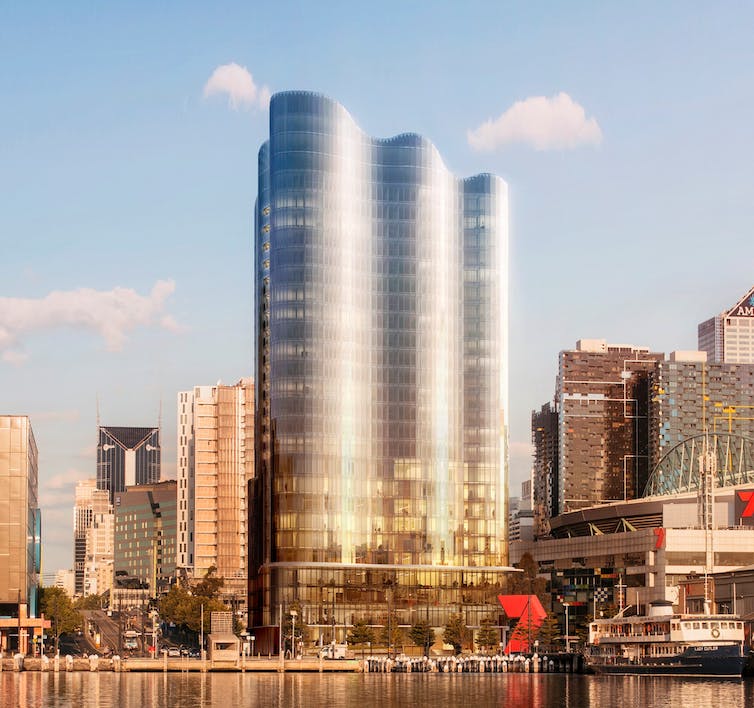 A design for build to rent property in Latrobe Street, Melbourne. Author provided (No reuse)

Ideally, housing at rents affordable to low or moderate income earners would be included in predominantly market-rate build-to-rent schemes. Indeed, one major construction industry player recently advocated this as a standard expectation.

So how should affordable housing be provided in this case?

To find out, our analysis compares the cost of developing affordable housing by a for-profit company with development under a not-for-profit community housing provider.

Thanks to that non-profit format, and the tax advantages that go along with it, community housing providers can, in fact, construct affordable rental housing at significantly lower cost than their for-profit counterparts. Less subsidy is therefore needed.

Nonetheless, government help in some form will be essential to enable an affordable housing element. The most painless way for this to happen, from the government perspective, is through allocating sections of federal or state-owned redevelopment sites to community housing providers at discounted rates.

Read more: 'Build to rent' could be the missing piece of the affordable housing puzzle

Such designation of government-owned sites could, for instance, be factored into large-scale urban renewal projects like Sydney’s Central-to-Eveleigh and Rozelle Bays. When complete, it could fulfil the widely voiced demand that 30% of these developments should be affordable housing.

Our modelling shows that under current conditions, even market-rate build-to-rent projects are barely viable – at least in Sydney.

The inflated price of developable land in Australia’s urban housing markets is an important contributing constraint. But our research also identifies a range of government tax settings that disadvantage build-to-rent, compared with both mum-and-dad-investors and traditional build to sell developers.

From a housing policy perspective, there’s also a case for the federal government to reconsider its recent “withholding tax” decision that treats overseas-based institutional investment in rental property less favourably than investment in commercial property.

Since such global funds would likely lead the establishment of a new Australian build-to-rent asset class, revisiting the withholding tax changes could be a significant step in making build-to-rent a reality in Australia.

In any case, build-to-rent is no simple solution for Australia’s affordable housing shortage.

But even as a market-rate product, it could fulfil several important public policy objectives. How far it might do so in practice is something that governments rightly need to weigh up when considering industry-proposed tax and regulatory reforms.