Algebra, alchemy, artichoke, alcohol, and apricot all derive from Arabic words which came to the West during the age of Crusades.

Even more fundamental are the Indo-Arabic numerals (0-9), which replaced Roman numerals during the same period and revolutionised our capacity to engage in science and trade. This came about through Latin discovery of the ninth-century Persian scholar, Al-Khwarizmi (whose name gives us the word algorithm).

This debt to Islamic civilisation contradicts the claim put forward by political scientist Samuel Huntington in his book The Clash of Civilizations some 25 years ago, that Islam and the West have always been diametrically opposed. In 2004, historian Richard Bulliet proposed an alternative perspective. He argued civilisation is a continuing conversation and exchange, rather than a uniquely Western phenomenon.

Even so, Australia and the West still struggle to acknowledge the contributions of Islamic cultures (whether Arabic speaking, Persian, Ottoman or others) to civilisation.

In an initial curriculum proposed by the Ramsay Centre for Western Civilisation, only one Islamic text was listed, a collection of often-humorous stories about the Crusades from a 12th-century Syrian aristocrat. But Islamic majority cultures have produced many other texts with a greater claim to shaping civilisation.

Many of the scientific ideas and luxury goods from this world came into the West following the peaceful capture of the Spanish city of Toledo from its Moorish rulers in 1085.

Over the course of the next century, scholars, often in collaboration with Arabic-speaking Jews, became aware of the intellectual legacy of Islamic culture preserved in the libraries of Toledo.

Their focus was not on Islam, but the philosophy and science in which many great Islamic thinkers had become engaged. One was Ibn Sina (also known as Avicenna), a Persian physician and polymath (a very knowledgable generalist) who combined practical medical learning with a philosophical synthesis of key ideas from both Plato and Aristotle. 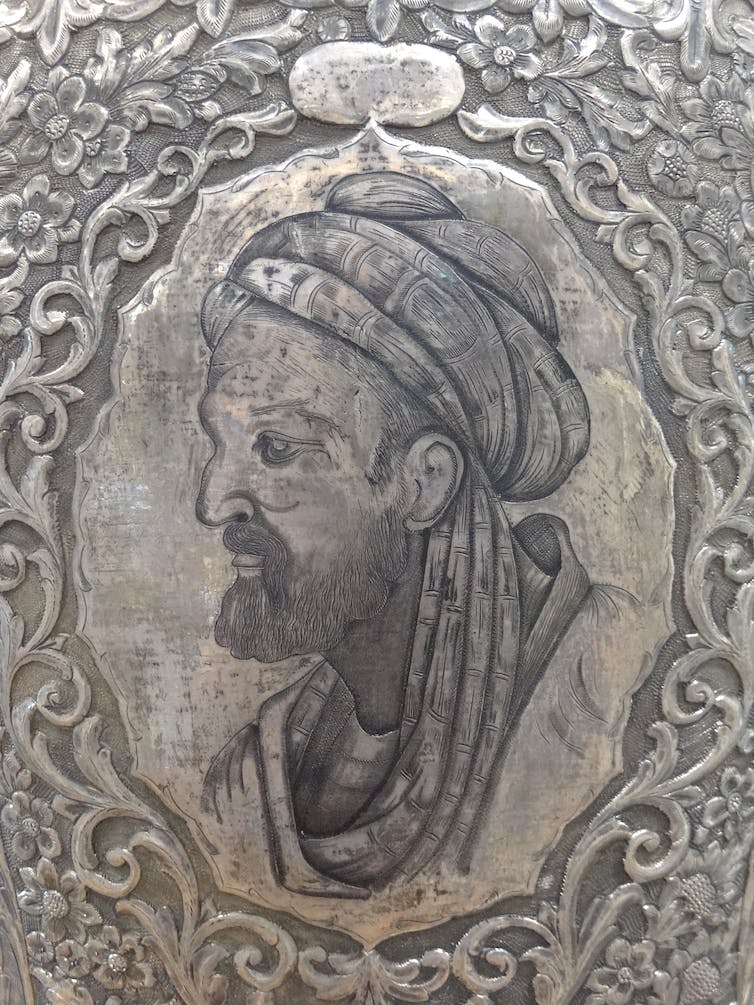 Another was Ibn Rushd (or Averroes), an Andalusian physician and polymath, whose criticisms of the way Ibn Sina interpreted Aristotle would have a major impact on Italian theologist and philosopher Thomas Aquinas in shaping both his philosophical and theological ideas in the 13th century. Thomas was also indebted to a compatriot of Ibn Rushd, the Jewish thinker Moses Maimonides, whose Guide to the Perplexed was translated from Arabic into Latin in the 1230s.

While there is debate about the extent to which the Italian writer Dante was exposed to Islamic influences, it is very likely he knew The Book of Mohammed’s Ladder (translated into Castilian, French and Latin), which describes the Prophet’s ascent to heaven. The Divine Comedy, with its account of Dante’s imagined journey from Inferno to Paradise, was following in this tradition.

Dante very likely heard lectures from Riccoldo da Monte di Monte Croce, a learned Dominican who spent many years studying Arabic in Baghdad before returning to Florence around 1300 and writing about his travels in the lands of Islam. Dante may have criticised Muslim teaching, but he was aware of its vast influence. 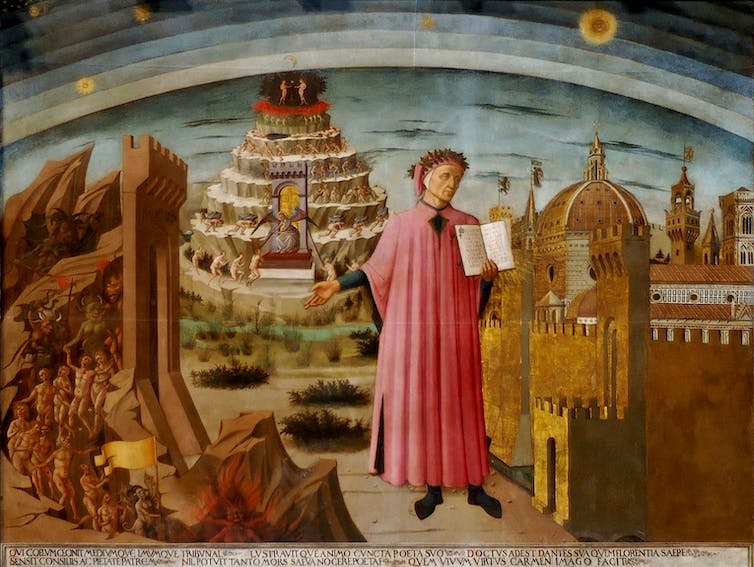 Domenico di Michelino, Dante and the Divine comedy, fresco, 1465. Dante is thought to have been influenced by Islamic cultures. Wikimedia Commons

Islam also gave us the quintessential image of the Enlightenment, the self-taught philosopher. This character had his origins in an Arabic novel, Hayy ibn Yaqzan, penned by a 12th-century Arab intellectual, Ibn Tufayl. It tells the story of how a feral child abandoned on a desert island comes through reason alone to a vision of reality.

Hayy ibn Yaqzan was published in Oxford, with an Arabic-Latin edition in 1671, and became a catalyst for the contributions of seminal European philosophers including John Locke and Robert Boyle. Translated into English in 1708 as The Improvement of Human Reason, it also influenced novelists, beginning with Daniel Defoe’s Robinson Crusoe in 1719. The sources of the Enlightenment are not simply in Greece and Rome.

Civilisation is always being reinvented. The civilisation some call “Western” has been, and still is, continually shaped by a wide range of political, literary and intellectual influences, all worthy of our attention.