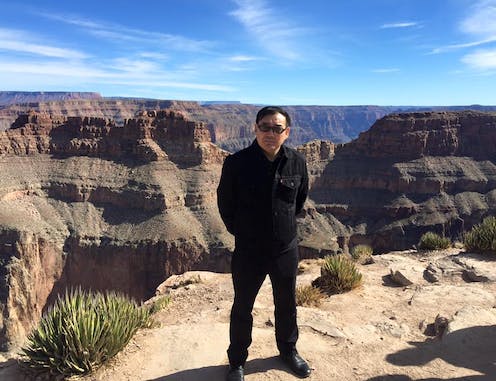 Australia’s relations with China will be further complicated by the news that Australian citizen Yang Hengjun is set to be charged with endangering state security.

This is a serious charge that carries the penalty of at least three years in jail.

Yang’s wife Yuan Xiaoliang was notified earlier today that her husband would be charged, a day before the six-month deadline determining whether he is to be released, charged or have his detention extended.

Charges against Yang appear to relate to his work as a writer and blogger in which he has been sharply critical of the Chinese regime. He developed a large following on Chinese social media and on Twitter, and his criticisms will have infuriated Chinese authorities.

Yang was arrested after he returned to China earlier this year with his family. He has been held in a Beijing state security prison since then, without access to lawyers, and denied contact with his family.

China’s decision to charge Yang comes at an awkward moment in relations between Beijing and Canberra.

Australia this week was obliged to step up its consular efforts to persuade China to allow Uyghur families to leave Xinjiang to be reunited with their Australian families.

This followed broadcast an ABC four Corners program that drew attention to the plight of Uighurs in Xinjiang. Up to a million out of a population of 11 million in the region are reported to be in “re-education” camps.

This has drawn outrage globally.

This episode won’t help Australia’s efforts to get its relationship with China on more stable footing after several years of difficulties.

China had objected to criticism of its attempts to interfere in Australian domestic politics via Chinese nationals associated with Beijing. This led to a freeze on visits to China by Australian political leaders. While that freeze has thawed, tensions remain.

Australia is far from alone among western democracies whose citizens have fallen foul of opaque and arbitary Chinese law and legal procedures.

Canada is wrestling with the cases of two of its citizens who have been held without charge since last year. China has accused the pair of stealing state secrets.

This is a serious charge that can result in the death penalty.

The two Canadians were detained after the arrest at Vancouver airport of Meng Wanzhou, daughter of the founder of the Chinese telecommunications giant, Huawei. Meng is appealing attempts by the United States to extradite her to face charge of fraud.

This is a highly contentious issue, and one that is complicating relations between Washington, Ottawa and Beijing.

What the Canadian arrests, and now that of an Australian writer, demonstrates is that relations with China are unlikely to become less complicated. Rather, it is likely they will become more so.

Among challenges for countries like Australia is how to quarantine issues of mistreatment of its citizens and broader human rights abuses, from the functioning of broad-ranging bilateral relations.